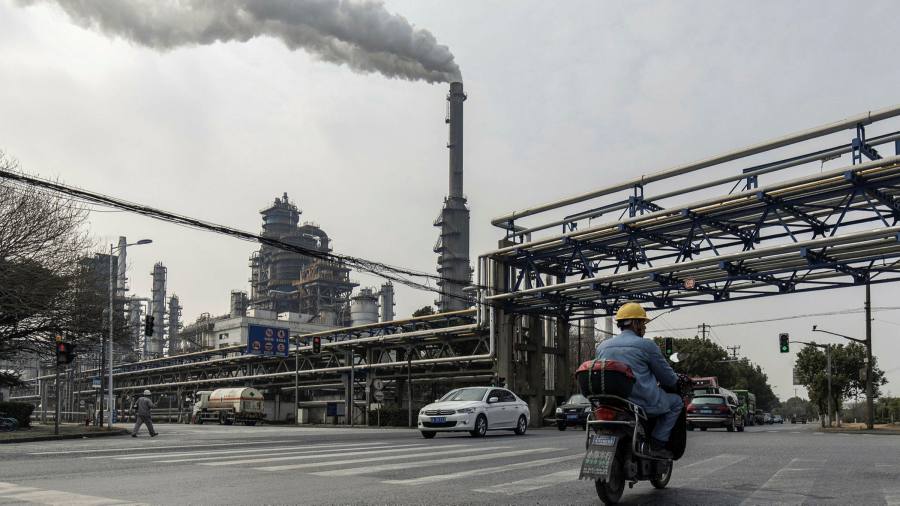 
It is a hard time to be an oil refiner in China. As the cost of crude oil imports surges, Beijing caps domestic fuel prices. That means a squeeze on margins.

Some help has arrived. From Friday, retail gasoline prices were raised by 750 yuan ($118) a tonne, the biggest hike since the pricing system was introduced nearly a decade ago. That puts pump charges back at 2006 levels.

Tight restrictions are needed to control inflation. In Beijing, for example, retail gasoline reached a near-record high last week of around $1.40 per litre. Government policy typically delays price increases on retail gasoline and diesel when crude exceeds $80 a barrel. Beyond $130, retail fuel costs are effectively frozen.

As Brent approached $140 last week, it had been largely left to refiners to absorb excess costs. Teapots, as smaller independent refiners are referred to locally, have boosted purchases of cheaper Iranian oil. These independents have also used special cash transfers to pay for Russia’s Eastern Siberia blends, in an attempt to salvage margins.

Yet, as tanker rates, trucking costs and global oil benchmarks remain elevated, smaller refiners have had to cut back their operations. More than 40 teapots have been running at only around half capacity due to unsustainable margins.

Refiners started the year on a shaky footing. The local giants — Sinopec, PetroChina, Cnooc and Sinochem — had reduced imports and decreased production capacity starting in December. Beijing had cracked down on excess domestic fuel production, partly to reduce energy consumption. Increasing crude prices over the past year had already caused problems. Local refining margins have contracted, while petrochemical unit earnings turned to a loss.

The structural squeeze on local refiners is reflected in the shares of China’s largest, Sinopec. They have steadily declined for over four years. Accelerating inflation means Beijing has little leeway in allowing further fuel price hikes. Refiner profits look unlikely to benefit soon from the energy boom.

Fed Not Hawkish; Hellflation Or Liquidation Ahead