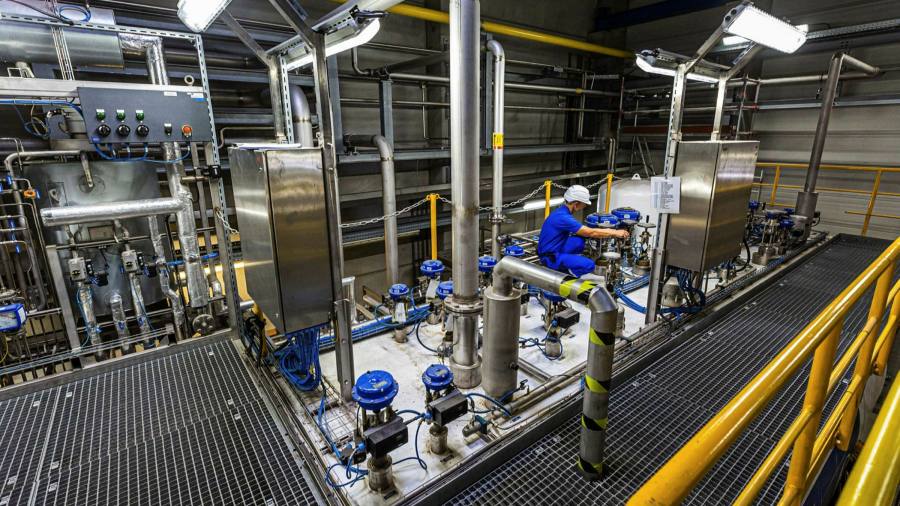 
Europe has woken up to its energy overdependence on Russia many years too late. A rush for energy has begun. After a visit from German officials this week Norway’s prime minister agreed to study the feasibility of piping green hydrogen — made using renewable energy sources — to its near southern neighbour. Norway’s high proportion of renewable energy power and proximity to needy European countries makes this a logical proposition.

But Europe needs help as soon as possible. This month’s bold plan — “RePowerEU” — included a breakdown of how its member nations could displace Russian natural gas in the short term. About a quarter of this supply — 26bn cubic metres — is meant to come from added dependence on renewable energy sources such as solar, wind and biomethane. That comes on top of some already bullish growth forecasts for renewable energy supply to 2030.

Hydrogen will not figure just yet. Delivering huge amounts of hydrogen gas will take time. Before the crisis, the EU goal was set at 5.6mn tonnes of green hydrogen by 2030. But that has jumped this month to 20mn tonnes, half of which imported, explaining the German visit to Norway.

Even the types of hydrogen using fossil fuel generation — blue and grey — are not yet available in large supply. The EU at present consumes about 10mn tonnes of grey hydrogen for oil refineries and chemical plants, points out research group BNEF.

The source of the electricity matters for costs. Norway has plenty of relatively cheap hydropower generation, the source of almost all of the country’s electricity according to the International Energy Agency. But while Norway’s steady output hydro capacity will not grow, it will build more intermittent wind and solar generation capacity over time. A large pipeline network to the UK and the continent could eventually transport this hydrogen, substituting for methane gas.

All this comes as green hydrogen becomes more price competitive. Given the soaring price of European natural gas — it tripled at one point post-invasion — blue hydrogen’s cost jumped to as much as $14 per kilogramme. The green version, depending on the source of the energy used, costs between $3 and $6 per kilogramme, thinks Rystad Energy.

Asking the Norwegians to build up its green hydrogen export capacity makes sense, but not as a quick substitute for Russian gas.

Progressive Urge Biden to Cancel Student Debt, Boost Wages on His Own