Is the massacre in growth stocks over?

With the war in Ukraine raging and central banks raising interest rates, equity markets have come under heavy fire. The S&P 500 has lost only 10% this year but that doesn’t tell the whole story. There has been a quiet massacre in the most speculative corners of the market, with several ‘growth’ stocks getting blasted. Has the storm finally passed?

The mood in financial markets has turned bearish lately. Investors have been overwhelmed by an onslaught of negative developments – war in Ukraine, lockdowns in China, spiraling inflation eating into the spending power of consumers, and central banks raising interest rates in the middle of an economic slowdown.

There’s also the risk of an ‘accident’ in credit markets. Many worry that Russia might default on its debt, setting off a domino effect. Even if that doesn’t happen, there is still a very real possibility that businesses with high exposure to the Russian economy might suffer dearly once the draconian sanctions begin to bite. 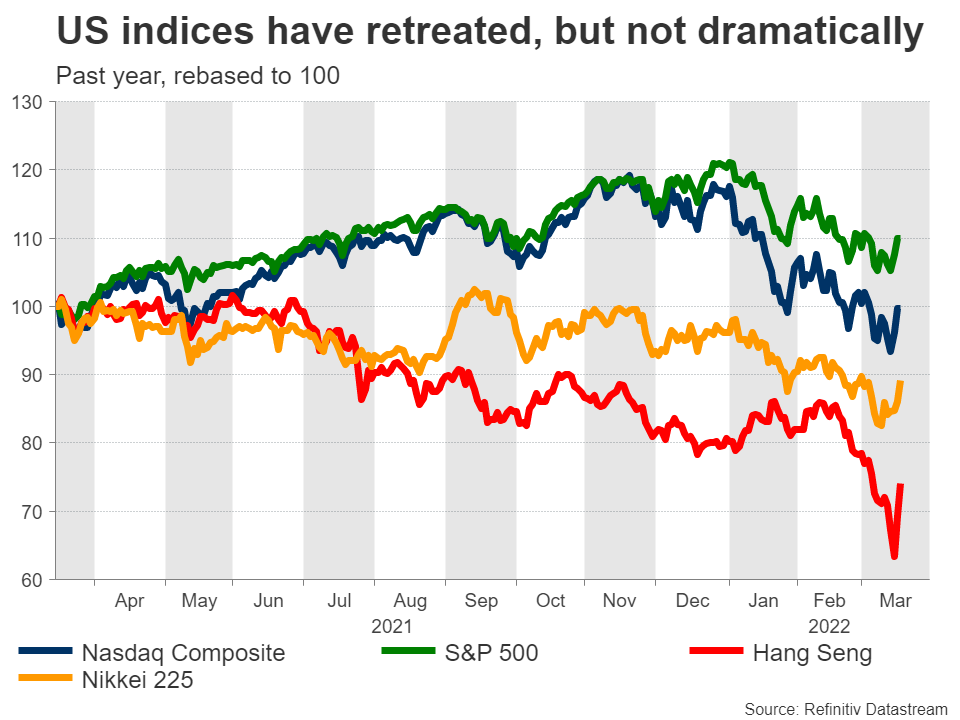 Therefore, the risk of a recession is rising and with inflation so hot already, the central banks cannot bail out the market this time. In such an unstable environment, fund managers are left with no choice but to play defense. This means lowering leverage, raising cash levels, and slashing risk exposure as much as possible.

When reducing risk, it makes sense to cut the riskiest investments first. This means that shares with higher valuations are prime targets, as they are the most vulnerable to a sharp selloff if the market tanks. Hence, ‘growth’ stocks usually get smoked first.

These so-called growth stocks are shares of companies that are expected to grow faster than the market, hence justifying a higher valuation today. Think about it intuitively – any change in the economic landscape will likely impact a company in its earlier stages much more than a mature multinational that’s generating tremendous profits. 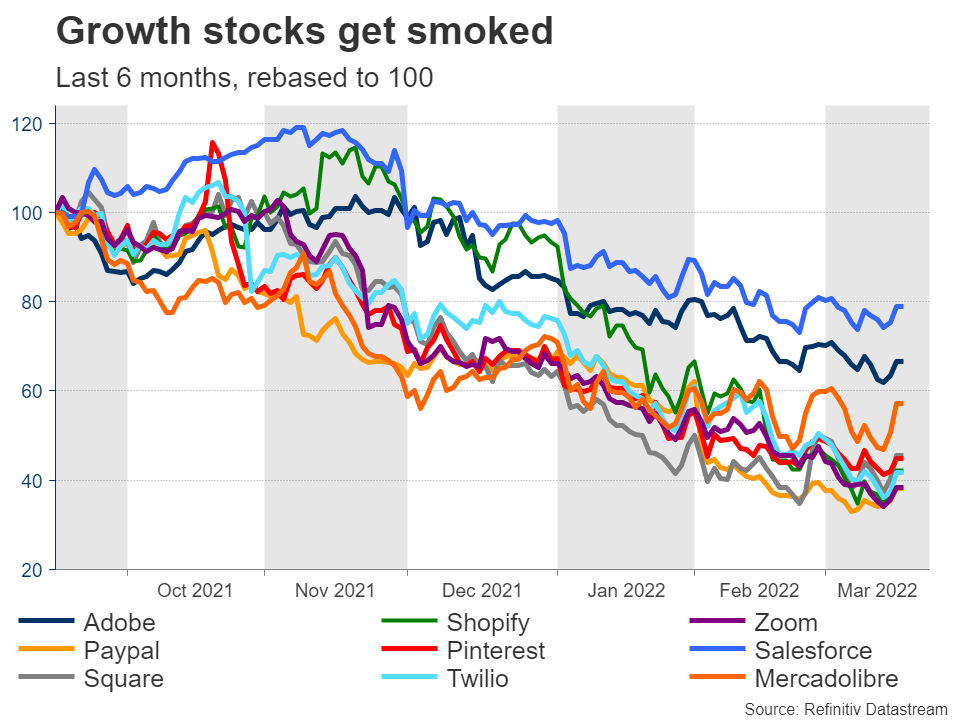 Taking a look across this market segment, there’s been a real purge in recent months. Pandemic winners like Zoom or Shopify (NYSE:) have been decimated, and even more established businesses like Pinterest (NYSE:) or Paypal have taken a heavy beating.

The amount of pain is usually related to the valuation. The more exorbitant the valuation was, the more vulnerable the stock when interest rates increase or fear takes over global markets. Very high valuations rely on hopes that the company can grow into that valuation over time, and that’s a story that can change quickly.

Is the selloff over?

Admittedly, picking bottoms is almost impossible. It’s just extremely difficult to time when the market might turn around. In the short term, everything will revolve around the conflict in Ukraine. A ceasefire agreement would likely spark a serious relief rally across equity markets. 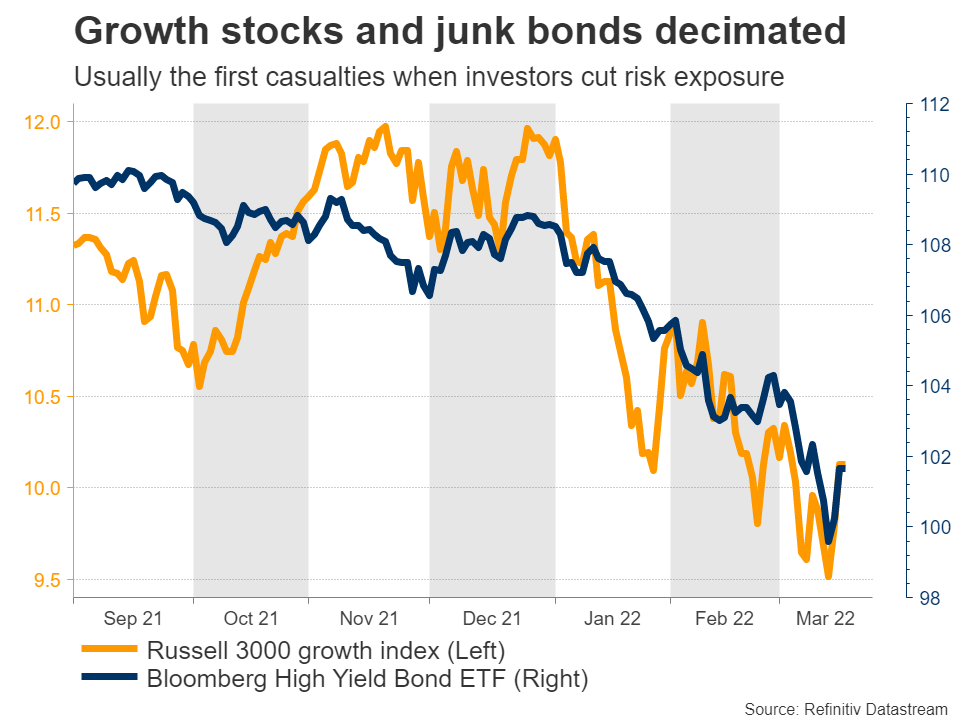 This might be especially true for the most beaten-down growth shares, whose valuation depends heavily on interest rates. A truce would help cool commodity prices and by extension, calm down nerves around inflation. This would argue for fewer rate increases by central banks – music to the ears of growth stocks.

Overall, there’s a sense that most of the ‘bad news’ has already been priced in at this stage. Between war and inflation, most investors have started to turn outright bearish. The latest Bank of America (NYSE:) fund manager survey for example showed hedge funds having the least exposure to stocks since April 2020.

In other words, risk has been cut and everyone is hedged. That could be a positive sign for the market – it usually precedes a recovery. It’s a similar story in bond markets. Investors have already priced in a very aggressive pace of Fed tightening to combat inflationary forces. 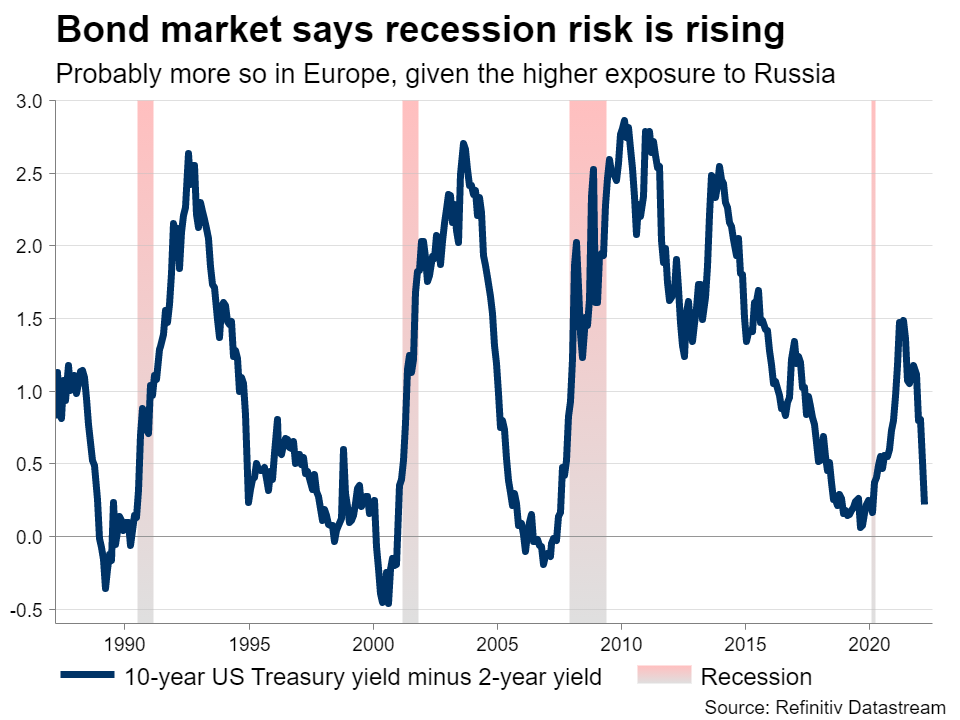 Of course it could still get worse. The probability of a recession is rising, especially in Europe. The sanctions on Russia will inflict collateral damage on the European economy, as the spending power of consumers gets curtailed by soaring energy and food prices.

But unless there is a recession, it’s difficult to see what will keep pushing this market lower. Valuations have fallen significantly and while there might be more pain left, we are likely approaching the final stages of this correction. Let’s not forget that buybacks are still running in full force.

All told, this is a very tricky environment. The market has been hit with everything but the kitchen sink in recent weeks and volatility will probably remain elevated as central banks close the liquidity taps. 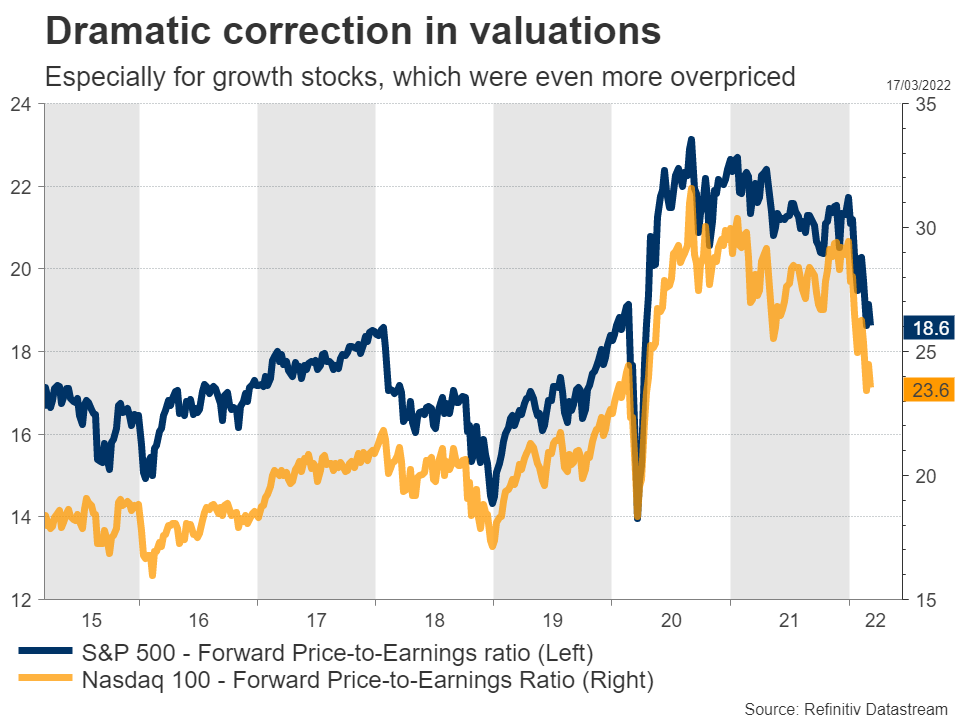 That said, it seems like the worst phase of the storm is over, especially for growth shares that have already suffered so much. Investors are sitting on a lot of cash and with inflation so high, they want to put that to work.

Buying bonds doesn’t seem very attractive here unless the investor is willing to hold them until maturity. Commodities have already gone parabolic, and crypto markets are too small. That leaves equities as the only game in town.