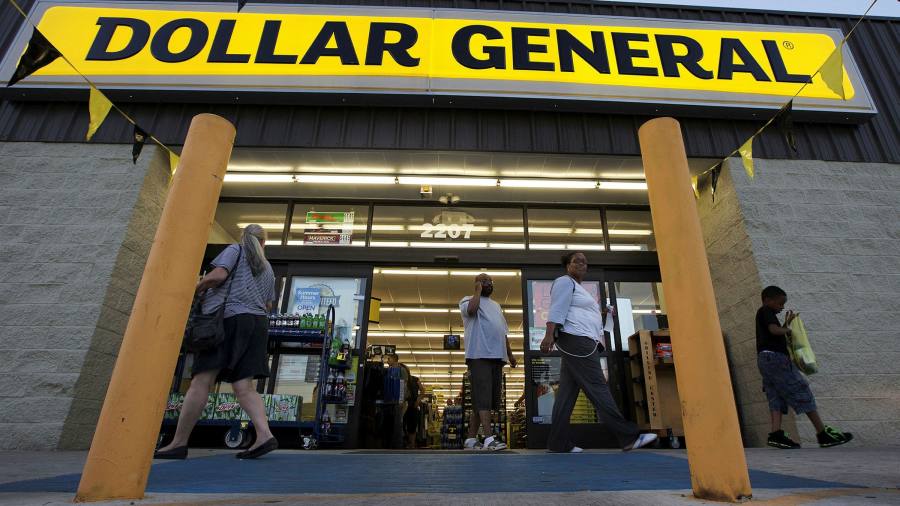 
Dollar stores have had a good pandemic. Mass job cuts and shrinking household income during the early stages of the crisis boosted demand for lower-priced groceries and household supplies.

The shops continue to flourish, even as the economy recovers. With inflation running at its highest level in four decades, consumers are pinching their pennies and turning to discount stores to stretch their budgets.

Dollar General is among those betting that consumers’ appetite for cheaper goods will remain strong. The company, which already operates 18,130 stores across the US, plans to open another 1,110 locations in the coming months. It forecasts net sales to grow 10 per cent this year and earnings per share to be up between 12 and 14 per cent.

New store openings and planned share buybacks help. But simply put, it pays to cater to lower income Americans. Dollar General customers tend to live in rural areas and have an annual household income of $40,000 or less. Rising food prices and job losses have hit this demographic the hardest.

Despite the recent sell-off, Dollar General shares are still up 16 per cent over the past 12 months. It remains decent value at 20 times forward earnings. Walmart trades on a multiple of over 21 times, despite boasting a much lower ebitda margin.

The $34bn in sales Dollar General pulled in last year was about 23 per cent higher than its pre-pandemic levels. Still, the discounter is not immune to supply chain woes and cost inflation, which reduced both margins and net profits last year. Mitigation came from opening in remote areas and keeping stores thinly staffed. The company also keeps prices low, partly by selling in smaller quantities. Customers end up paying more on a unit basis.

Strategies such as a push into healthcare and the introduction of a higher margin format called Popshelf look smart. The pandemic has reshaped the US economy and widened the gap between the richest and poorest Americans. Dollar General is well placed to cash in on this growing income divide.

Is the massacre in growth stocks over?