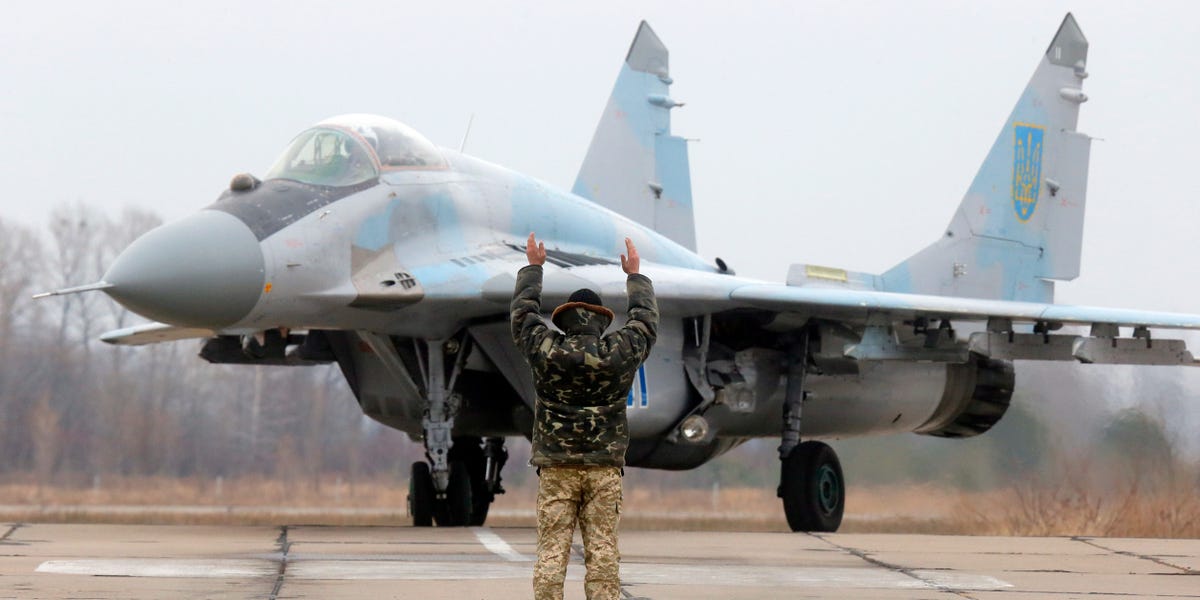 Why NATO Militaries Still Use Soviet-Made Fighter Jets and Weapons

Last week, the Polish government unexpectedly offered to transfer its entire operational MiG-29 fleet — 23 aircraft — to the US in order for it to deliver them to Ukraine.

In exchange, Poland asked the US for used aircraft with corresponding operational capabilities, and Warsaw called on other NATO members that fly MiG-29s to do the same.

The Biden administration appears to have rebuffed the proposal, though other US officials say it is still under discussion.

While the jets may not change hands, the incident highlights the continued use of the Soviet-designed MiG-29 by NATO militaries, which is a logistical challenge and, increasingly, a geopolitical headache.

The MiG-29 was originally an air-superiority fighter designed by the Soviet Union in the 1970s in an effort to match the US-made F-15 and F-16, which had been introduced to Western air forces a few years before.

The MiG-29 first entered service in 1982, and other multirole variants soon followed it.

The MiG has one 30 mm cannon and can carry a mix of six air-to-air radar-guided medium-range missiles or infrared-guided short-range missiles. In its multirole configuration, it can carry bombs and rockets to strike ground targets. MiG-29s also have a helmet-mounted aiming device that allows the pilot to direct missiles by simply looking at a target at close range.

The F-15 and F-16 both have a 20 mm cannon and can carry a mix of eight and six medium- and short-range missiles, respectively. Both can also be equipped to strike ground targets. Current F-15 and F-16 variants have the Joint Helmet Mounted Cueing System, with which a pilot can lock onto a target just by turning the helmet toward it.

A jet of a different world

As NATO expanded eastward after the Cold War, it incorporated former Soviet republics and Warsaw Pact members, some of which brought with them an inventory of MiG-29s.

Those new NATO allies were also offered American equipment, including aircraft, for the first time, leading many to begin phasing out their Soviet-made aircraft for political and operational reasons.

That left three NATO militaries with MiG-29s: Slovakia, Bulgaria, and Poland, which had the largest fleet. At the same time, those three militaries began to struggle to maintain their jets.

Since the MiG-29 was a Soviet creation, its avionics were incompatible with NATO standards.

MiG-29s belonging to NATO members lacked Identification Friend or Foe (IFF) systems, leaving them unable to electronically identify other NATO aircraft as friendly or to be recognized as friendly themselves. NATO-compatible radios and improved navigation systems had to also be installed in the MiGs to obtain NATO certification.

The manufacturer, the Russian Aircraft Corporation “MiG,” could maintain the jets and upgrade them in order to extend their service lives, but relying on Russia to maintain their small MiG-29 fleets had for years been a point of contention among Bulgarian and Slovakian officials.

Currently, the only Western company that can maintain MiG-29s without Russian technical input is Poland’s Polska Grupa Zbrojeniowa. PGZ maintains and upgrades the Polish Air Force’s MiG-29s, allowing it to continue operating them and reducing Warsaw’s exposure to Moscow.

PGZ does not have the Russian manufacturer’s license to repair or produce MiG-29 engines. Bulgaria’s 2015 decision to award its MiG-29 maintenance contract to Poland for the first time drew ire from Russia’s United Aircraft Corporation. (MiG and Russia’s five other major plane makers were merged into UAC by presidential decree in 2006.)

Slovakia, Bulgaria, and Poland already struggled to find replacement airframe and engine parts for the MiG-29 before sanctions imposed on Russia following its annexation of Crimea in 2014 further constricted supply.

These factors mean that for NATO’s MiG-29 users, the aircraft has approached the end of its service life as defense relations with Moscow become untenable.

The MiG’s days in NATO are numbered. Each of the alliance’s three operators has made plans to replace them with US-made jets.

Poland has kept its MiG-29s on operational parity with its F-16s, but it is fast modernizing its air force and has ordered 32 F-35As.

Slovakia ordered 14 F-16s in 2018, and Bulgaria agreed to buy eight of the jets in 2019. Both countries were to receive their new fighters in the early 2020s, but supply-chain issues have delayed both deliveries until the middle of the decade.

Constantine Atlamazoglou works on transatlantic and European security. He holds a master’s degree in security studies and European affairs from the Fletcher School of Law and Diplomacy.