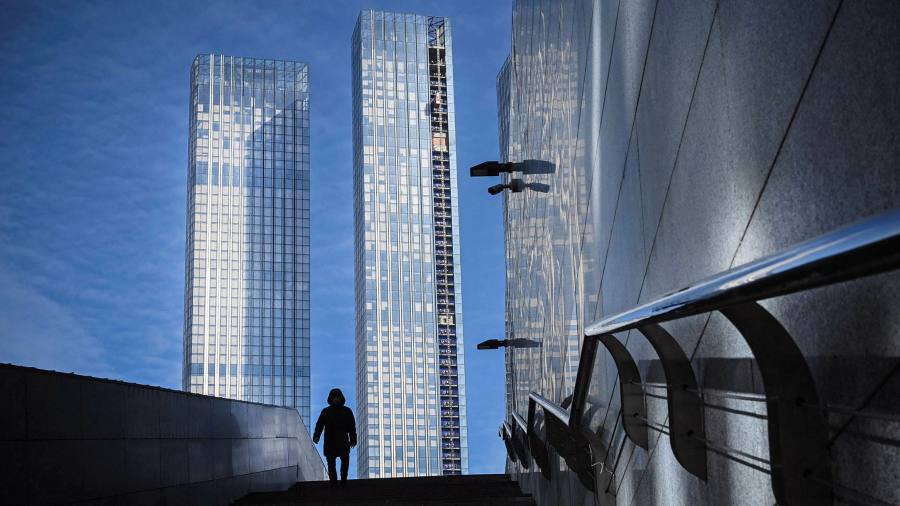 The consequences of a Russian default


The west has all but declared economic warfare on Russia in response to Vladimir Putin’s invasion of Ukraine. Whether or not Russia manages to make interest payments on its dollar debt — coupon payments on two bonds due on Wednesday did not arrive, though there is a 30-day “grace period” — the country is already experiencing all the consequences of a default: the rouble has collapsed, the government and most of its businesses are excluded from borrowing elsewhere, and a deep recession is looming. The failure to pay bond coupons on time is ultimately just another symptom of the damage Putin has wrought.

While a default might seem an inevitable result of sanctions, foreign governments would, if anything, be happy to see Russia making interest payments on its external debts — since this would drain more of the country’s scarce foreign exchange reserves. Regulators fear, on the other hand, that if Moscow misses payments, this may have unforeseen effects on western financial systems. Russia’s 1998 default on local currency debt — its last default on foreign currency debt was in 1918 after the October Revolution — contributed to the failure of a number of highly-leveraged hedge funds.

Fewer investors have such speculative bets on Russia today, especially since the 2014 annexation of Crimea. But there is the potential to reveal some “hidden leverage” in the system; Russia’s copious forex reserves and oil and gas revenues had persuaded creditors the country was a relatively safe bet until now. Neither is the debt stock particularly large — a consequence of years of running a tight fiscal ship and the attempt to build a financial fortress, resistant to western sanctions.

Moscow has indicated it may pay with roubles rather than dollars. While there are provisions in some bonds that would allow it to do so, this would constitute a legal default on others. Russia’s government, however, is likely to argue that while it is willing and able to pay, it is prevented due to sanctions. On Wednesday, finance minister Anton Siluanov said Russia had sent instructions to its usual US bank to pay the $117mn of coupon payments coming due but that sanctions might prevent the money from getting through.

Any default is likely to be followed by intense legal wrangling. The country has declined to waive its “sovereign immunity” as part of bond issues, the principle that governments cannot be taken to court. Nevertheless, judges may rule that investors have a right to seize Russian assets that travel outside the country. Foreigners may be banned from negotiating a restructuring. The implications of these judgments will test the market for credit default swaps, a form of insurance where billions of dollars are at stake over the precise definition of “default”.

A bigger concern may be the debts of Russian business. Private sector borrowing — external corporate debt is about $150bn, including both loans and bonds — hugely outweighs foreign currency sovereign debt of about $20bn. Oil and gas companies may still be able to borrow, thanks to an exclusion from sanctions, but “self-sanctioning” by lenders and the collapse in Russian trade will still hit their revenues and imperil their financial stability. Other Russian blue-chips will have to look elsewhere or scale down operations.

Russia bears the ignominy of being the country with history’s longest default. The country finally paid off repudiated tsarist debt in 1996. It is not in Russia’s interest — or the world’s — for a repeat of such long-term damage. A non-negotiable first step to avoid such a fate must be to make peace.