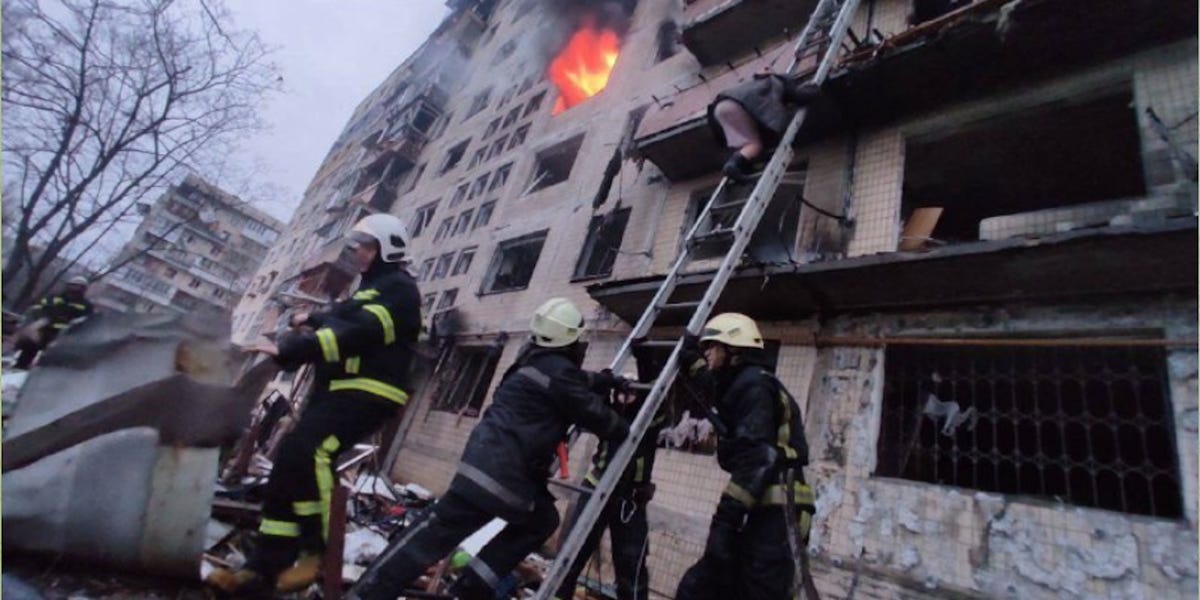 
An apartment block in Kyiv, Ukraine’s capital city, was hit by Russian attacks on Monday morning, with a government advisor saying that two people were killed.

Ukrainian Interior Ministry advisor Anton Gerashchenko said on Telegram that two people were killed and three people were hospitalized after the nine-story building was hit.

The tweet showed footage of firefighters at the scene:

The BBC reported that two people were killed and 12 were injured, and that a Russian air strike was responsible.

Ukraine has kept control of the city of Kyiv since Russia started invading the country on February 24, but the city has been attacked and Russian-backed troops have advanced closer.

EU Bitcoin Ban Would Be A Mistake