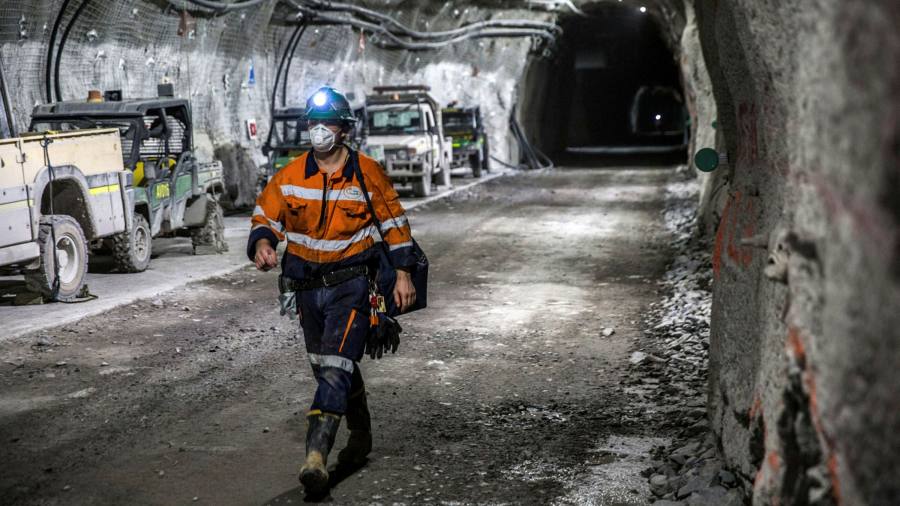 
Rio Tinto has offered $2.7bn in cash to buy out minority shareholders in the Canadian vehicle that gives its control of its most important project, a huge underground copper deposit in the Gobi desert.

The move, which follows a recent deal with Mongolia to complete the underground development of Oyu Tolgoi, shows how big miners are trying to increase exposure to the raw materials that will be needed in the shift to a low-carbon economy.

Copper is used in electric vehicles and also in ward farms and there is a global shortage of new projects at the scale of Oyu Tolgoi.

Rio, which is generating vast amounts of cash because of record commodity prices, said on Monday it was offering C$34 ($26.60) a share to acquire the 49 per cent of Turquoise Hill Resources it does not already own, a 32 per cent premium to Friday closing price.

Bold Baatar, the head of the Anglo-Australian group’s copper division, said the offer would create a “simpler and efficient ownership” structure for Oyu Tolgoi.

Although Rio is in charge of the project it does not have a direct stake in Oyu Tolgoi. Instead it holds a 51 per cent stake in Toronto-listed Turquoise Hill, which in turns owns 66 per cent of Oyu Tolgoi. The rest is owned by Ulan Bator.

The non-binding proposal comes six weeks after Rio clinched a deal to start underground caving at Oyu Tolgoi after agreeing to write off $2.4bn in loans and interest owed by the Mongolian government to fund its share of the development costs.

However, Rio will need to win over minority shareholders in Turquoise Hill, including US hedge fund Pentwater Capital Management. Under Canadian takeover rules, a majority of independent shareholders will need to vote in favour of the proposal.

Pentwater owns 10 per cent of Turquoise Hill and has launched a class-action lawsuit against Rio, accusing the global miner of concealing the real cause of delays that have dogged the project and blown the budget to $6.45bn, up from $5.3bn.

Baatar said Rio had not spoken to Pentwater about the offer, which he insisted had “absolutely nothing” to do with the lawsuit. “It’s a separate regulatory process that will follow its due course.”

He said Rio was not trying to take advantage of minority shareholders, pointing to the 30 per cent rise in the share price of Turquoise Hill since the company started underground caving at the end of January.

“I think we are doing the right thing,” he said. “The share price has appreciated 30 per cent in that period and we are offering another 30 per cent on top.

Pentwater could not immediately be reached for comment. The average price Pentwater paid for its stake in Turquoise Hill is reckoned to be just over C$30 a share.

In a statement, Turquoise Hill said it would establish a special committee of independent directors to review and consider the Rio proposal.

Dominic O’Kane, analyst at JPMorgan, said the deal was likely to be regarded by Rio investors as “generous” given the funding pressures facing Turquoise Hill. These include a $1.5bn rights issue that needs to be completed by the end of August.

Once the underground project is complete, Oyu Tolgoi will be one of the world’s biggest copper mines, with production in its early years of about 500,000 tonnes per year, just as demand for the metal increases because of the energy transition.

Rio reported a net cash position of more than $1.5bn at its annual results last month and can easily afford to swallow Turquoise Hill.

Oyu Tolgoi is one of several projects that its new chief executive Jakob Stausholm is trying to sort out as he looks to position Rio for the shift to a low-carbon economy.