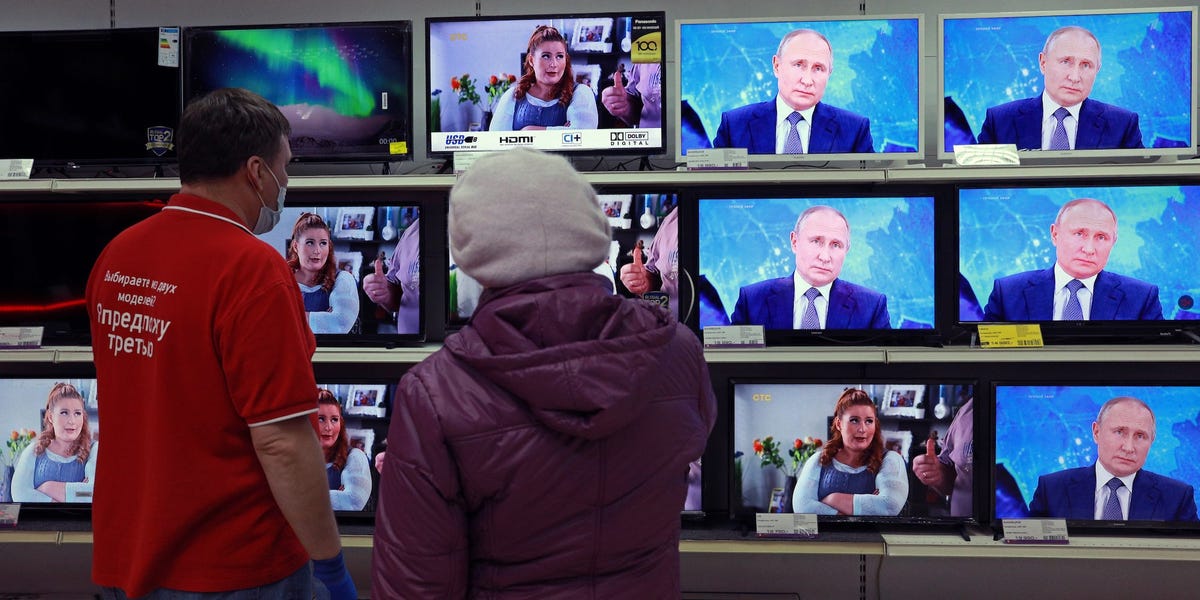 Prices of TVs, Vaccums, and Cars Soar in Russia As Ruble Collapses


The cost of consumer goods and food is soaring in Russia as Western sanctions severely weaken the value of the Russian ruble and disrupt supply chains.

The cost of TV sets, vacuum cleaners, and cars shot up by as much as 17% in the week after Russia invaded Ukraine, according to data from Russia’s governmental statistics agency, the Federal State Statistics Service. Meanwhile, prices of fruit and vegetables were also up as much as 7%. While prices largely rose across the board, these were the most substantial increases overall as inflation rates spiked.

In a statement to the press, Kremlin spokesperson Dmitry Peskov said: “Yes, at the moment there is a pretty shocking external impact on our economy,” which is leading to price increases.

Peskov said that while the situation is turbulent at the moment, the Russian government is looking at ways to stabilize it.

Russia’s currency, the ruble, has fallen to record lows in recent weeks after Western countries imposed sanctions in a bid to isolate the country from the global economy following its invasion of Ukraine. The ruble has already lost nearly 40% of its value against the US dollar this year and a move by Russia’s central bank to double interest rates to 20% to avoid further collapse hasn’t so far been effective.

Meanwhile, the country’s elite continues to see their own pool of wealth deplete. According to Bloomberg’s Billionaires Index, Russian oligarchs have lost as much as $83 billion collectively this year because of Western sanctions.

For the average person on the street in Russia, prices are continuing to soar and worries around shortages are likely to grow as more companies shutter stores in Russia and retreat from this market.

Bitcoin The Open Money And Its Enemy