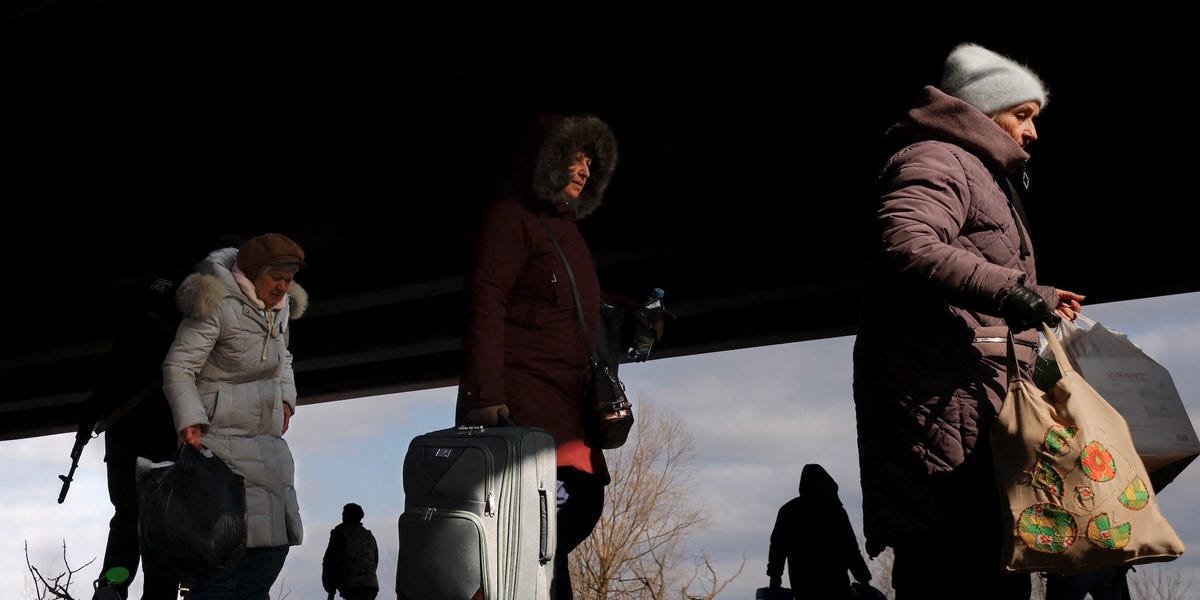 
A Ukrainian woman who was killed by Russian shelling with her children was a tech executive who spent her last days helping colleagues evacuate, The New York Times reported.

Tetiana Perebyinis, her two children, Mykyta, 18, and Alisa, 9, and a church volunteer were hit by a Russian mortar strike on Sunday as they tried to escape via a damaged bridge in Irpin, a city northwest of the Ukrainian capital of Kyiv, The Times reported.

The mortar strike was filmed by a freelance journalist. A graphic picture of the family lying dead on the street after the attack was featured on the front page of The Times on Monday.

Perebyinis was the chief finance officer at the Kyiv office for SE Ranking, a software company headquartered in London, The Times and SiliconValley.com.

She was hired in 2016 and was one of the first employees in the Kyiv office, SiliconValley.com reported. The company also has offices in Minsk, Belarus, Moscow, and Palo Alto, California, according to its website.

In a Monday Facebook post, the company confirmed Perebyinis’ death, saying: “There are no words to describe our grief or to mend our pain. But for us, it is crucial to not let Tania and her kids Alise and Nikita remain just statistics.”

The company had encouraged employees to leave Ukraine after Russia launched its invasion on February 24, even renting rooms for them in Poland, Perebyinis’ husband, Serhiy, told The Times.

Anastasia Avetysian, who worked with Perebyinis at SE Ranking, said the company had also provided emergency funds for employees and that Perebyinis had been busy disbursing them in her final days.

“Even when she was hiding in the basement, she was optimistic and joking in our group chat that the company would now need to do a special operation to get them out, like ‘Saving Private Ryan,'” Avetysian told The Times.

Serhiy Perebyinis told The Times that he found out about this family’s death on Twitter. He said he was attending to his sick mother in eastern Ukraine at the time.

Serhiy Perebyinis told The Times that it was important that his family’s deaths were recorded in photographs.

“The whole world should know what is happening here,” he said.