To simplify the already complicated price action of the (SPX) daily, it helps to look at closing prices. A line chart accomplishes this as it takes out all the intra-day noise. Besides, the closing price is the essential price of the day.

Figure 1 below shows the SPX line chart over the last year. Things to notice are 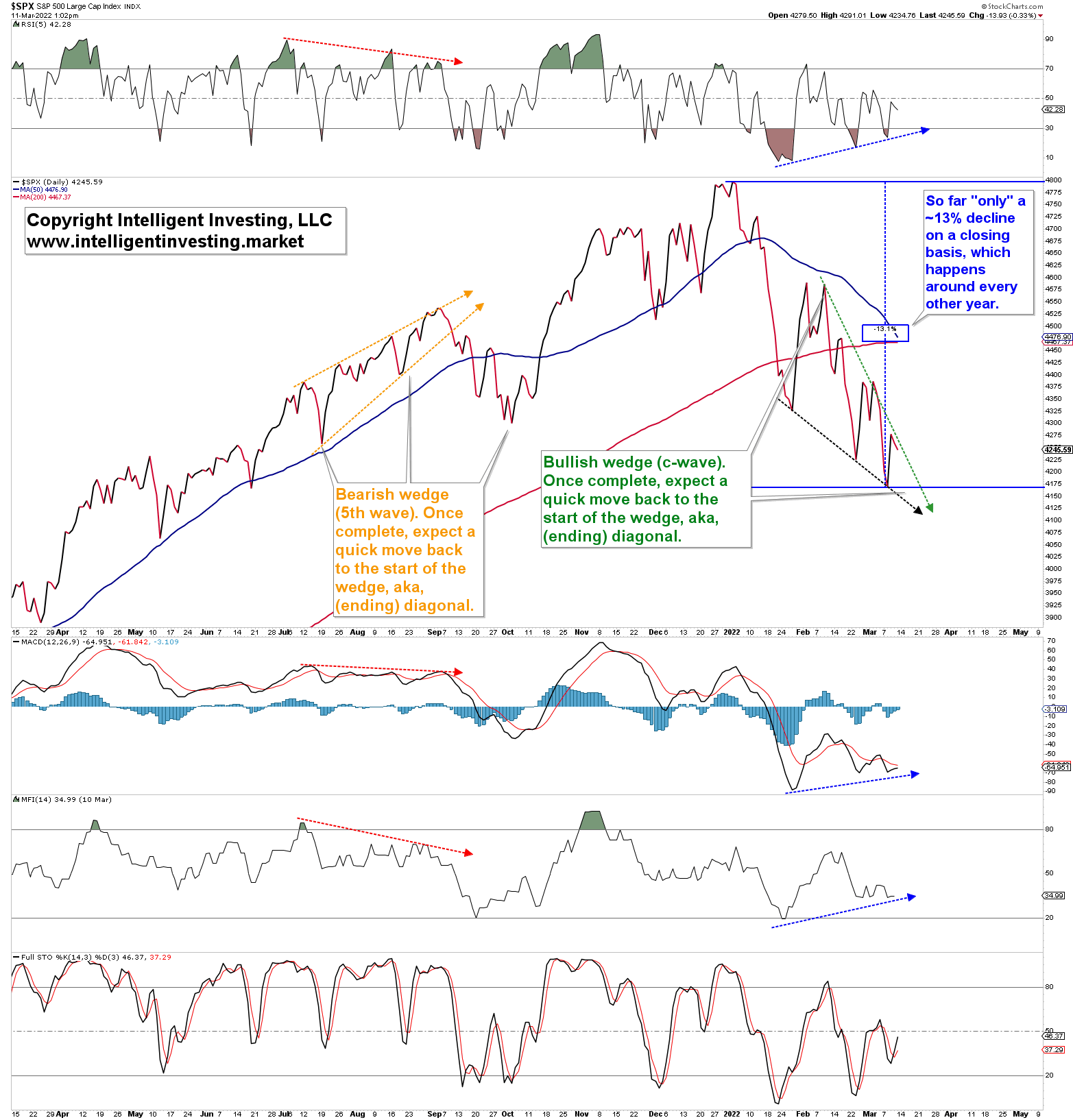 Not shown here, but:

The last time the SPX experienced a double-digit decline was September 2020 and March 2020. Thus the current “once every 1.6-2.5 year” decline is right on cue. How reliable are wedges, aka diagonals? Well, see Figure 1; for example, the index formed a bearish rising wedge July-August last year (orange arrows) on negative divergence (red dotted arrows) and resolved lower to the start of the wedge. Thus expect the same if the current bullish falling wedge resolves: retest of SPX4600+ in rapid order.

Sentiment can be a great contrarian indicator as the market often moves in the opposite direction of where the majority thinks it should go. Or, as legendary trader Jesse Livermore once said, “markets are never wrong; opinions are.” And. famous investor Warren Buffett once said that it is wise for investors to be “fearful when others are greedy, and greedy when others are fearful.”

Lastly, the index is right on track for a critical low in the middle of this month and should then rally strongly into April-May with the typical summer lull to follow.

The S&P 500 is exhibiting a bullish pattern, called a falling wedge or an ending diagonal C-wave in EWP terms. This pattern projects a move to SPX4600+ for starters. Is that possible, given all that is going on in the world?

Yes, price patterns must be respected regardless, and meanwhile, sentiment is in the gutter, whereas average seasonality suggests a significant low should be formed around the current time frame. Thus, as long as the February 24 low holds, bulls are in charge, as I showed in my recent update on the . And the longer it lasts for the bears to move price below that low, the less likely it will become they succeed: time and price matter.