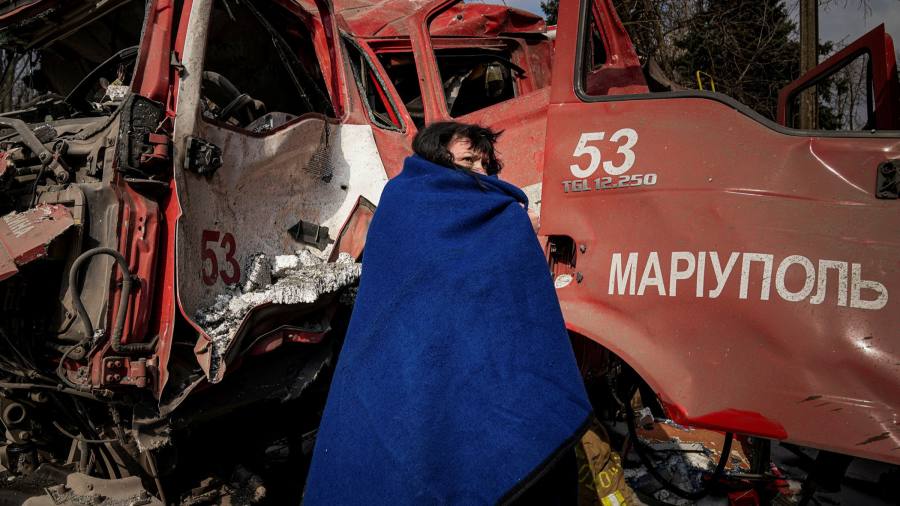 Russia rebuffed Ukraine’s proposals for a temporary ceasefire and humanitarian aid for the besieged city of Mariupol at high-level talks that made little progress yesterday.

Dmytro Kuleba, Ukraine’s foreign minister, and Sergei Lavrov, his Russian counterpart, met in the Turkish city of Antalya in the most senior interaction between Kyiv and Moscow since Vladimir Putin ordered the invasion.

The talks coincided with worsening conditions in Mariupol. Residents have been living in dire conditions after basic services including light, heating and water were knocked out by the Russian bombardment.

More than half of Ukraine’s economy has shut down and infrastructure assets worth $100bn have been destroyed since the war began, according to the chief economic adviser to President Volodymyr Zelensky.

Follow our live blog for the latest news from Ukraine and our updated maps for a visual guide to the conflict.

1. ECB scales back stimulus plan The European Central Bank has scaled back its bond-buying stimulus plan in response to inflation being driven up by the war in Ukraine, while giving itself more flexibility on the timing of a potential interest rate rise this year.

2. UK new armoured vehicle puts army overhaul at risk Persistent delays to the £5.5bn Ajax armoured vehicle programme risk undermining Britain’s planned restructuring of the army, according to a parliamentary spending watchdog report. The body also warned that the defence ministry risks spending more than it can afford on new weapons and equipment.

Second anniversary of the coronavirus pandemic It is two years since the World Health Organization declared Covid-19 a global pandemic. Anjana Ahuja asks, when can we declare it over?

World wide web’s 33rd birthday Sir Tim Berners-Lee is set to publish his annual letter on the state of his invention and his vision for the future.

WeWork co-founder Adam Neumann on his next steps After a fall as spectacular as his rise, the charismatic salesman is back. This time he plans to found start-ups, fund others and create a new property empire.

The metals market needs overhaul The snafu that emerged from the London Metal Exchange’s decision to suspend trading in nickel on Tuesday after a 250 per cent spike in price showed that financial strains tend to reveal regulatory complacency and failure, writes Helen Thomas.

The great NFT sell-off Internet collectibles ranging from cartoon apes to artsy doodles have plunged in value as real-world conflict and a broader cryptocurrency slump begins to unwind one of the biggest speculative frenzies. Has the digital craze hit its peak?

Evergrande: the end of China’s property boom The rapid expansion of the country’s property sector was powered by a great migration from the farms to the cities — and built on cheap credit. The FT tells the story of Evergrande, the most indebted property developer in the world, which now stands on the brink of collapse.

Cat-skiing uses modified, caterpillar-tracked snow-grooming machines (also known as piste bashers) to ferry skiers to the top of the slopes as an alternative to fixed ski lifts and cable cars. Can it take off in eastern Europe? It’s gaining popularity in Kosovo.

US Equity Factor Losses Are Widespread But Vary Widely In 2022

What Happened This Week: SPY, QQQ, Costco, Royal Bank of…