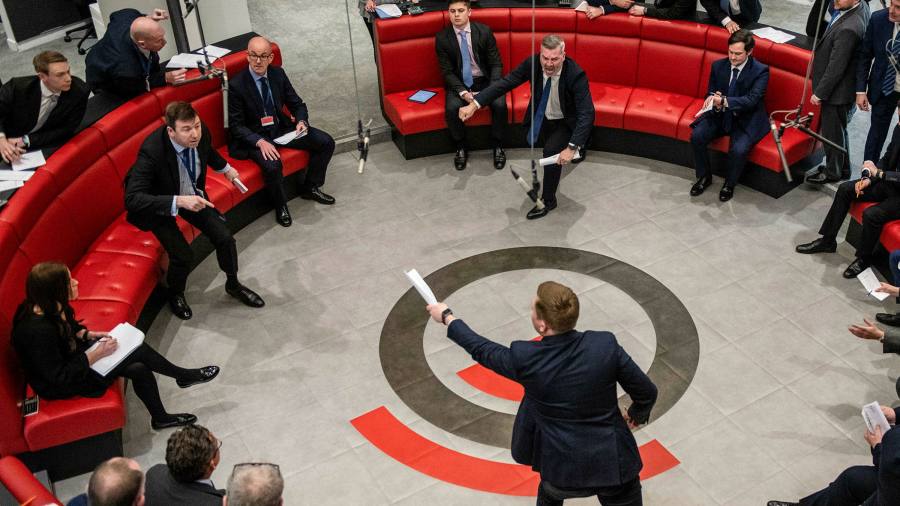 
News from China is the best prism through which to view this week’s spike in global nickel prices. Tsingshan Holding, the Chinese company at the centre of the turmoil, has secured a bank lifeline. Trading has partially resumed on Chinese exchanges. But quasi-normality comes at a heavy cost to the reputation of the London Metal Exchange.

The nickel contract for March delivery on the Shanghai Futures Exchange fell as much as 14 per cent, to Rmb220,000 ($34,800) a tonne, on Thursday. Some contracts had already dropped by the daily limit on Wednesday evening, when there was also intermittent trading.

That leaves a wide gap with the last price at which nickel last traded in London. Dealings in the metal were suspended on Tuesday after the price briefly rose above a record $100,000 a tonne.

Thursday’s gains of more than 7 per cent in shares of local companies exposed to the volatility boosted battery materials companies CNGR Advanced Material and Zhejiang Huayou Cobalt. The rises reflect hopes that Tsingshan is past the worst. The business faces billions in potential losses on short positions but has secured bank loans to cover immediate margin calls.

The resumption of nickel trading on the LME will not quell controversy over Tuesday’s unusual and disturbing halt to trading and cancellation of some trades.

This will have spared some investors damaging losses. But the moves have infuriated some other investors who consider it favoured a big Chinese company and its state-owned lenders. That puts the spotlight on the LME’s ownership by Hong Kong Exchanges and Clearing, though the LME says that played no part in its response.

HKEX paid through the nose when it bought LME from its members in 2012. The stock of HKEX fell this week bringing the decline to more than a third in the past six months. This week’s trading halts were an attempt at damage control. But their impact on the credibility of the exchange itself will be severe and lasting.

If you are a subscriber and would like to receive alerts when Lex articles are published, just click the button ‘Add to myFT’, which appears at the top of this page above the headline