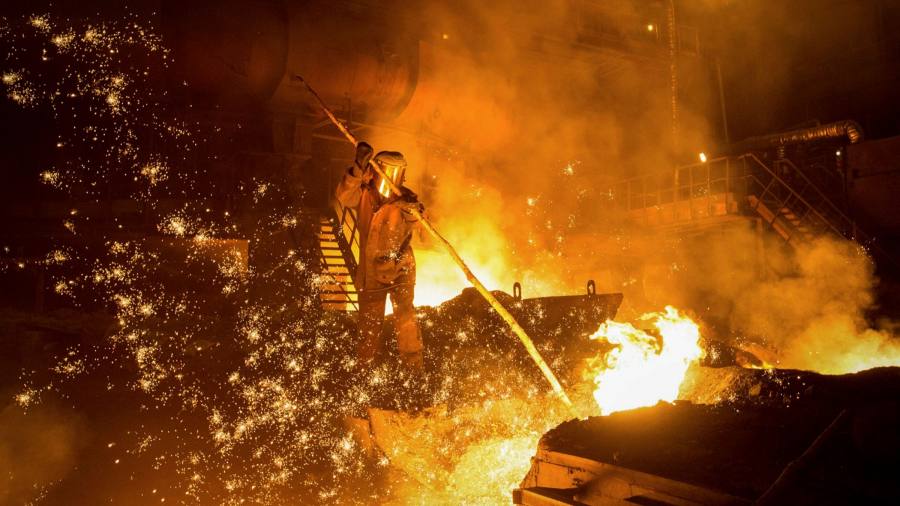 
Shares in Evraz, the London-listed steel company in which Roman Abramovich is the largest shareholder, were suspended on Thursday after the UK hit the Russian oligarch with sanctions.

The Financial Conduct Authority said it was suspending trading in the shares “in order to protect investors pending clarification of the impact of the UK sanctions”. Shares in Evraz fell as much as 14 per cent before the suspension.

The UK government has accused Abramovich, who also holds Israeli and Portuguese citizenship, of having been involved in “destabilising Ukraine and undermining and threatening the territorial integrity, sovereignty and independence of Ukraine via Evraz”.

The company had potentially been involved in “supplying steel to the Russian military which may have been used in the production of tanks”, the government added.

Evraz late on Thursday denied the accusations, saying that it only supplied steel to the infrastructure and constructions sectors.

The news comes a day after the company had sought to reassure investors over its exposure to sanctions. It said in a stock exchange filing on Wednesday that it did “not consider itself to be an entity owned by, or acting on behalf or at the direction of, any persons connected with Russia and thereby caught by such legislation”.

The filing added that the company could not be certain that key shareholders, including Abramovich, were “connected with Russia”.

Abramovich in February took direct control of his 28.6 per cent stake in Evraz, which he previously held through Greenleas International Holdings, a company registered in the British Virgin Islands.

The London Stock Exchange, which has suspended a number of Russian-linked stocks, had said previously that Evraz had been allowed to continue to trade because it is a UK-incorporated company, not a Russian one, and because Abramovich was not under sanctions at the time.

Evraz has attracted some high profile City figures in the UK since it first listed on the London market. The company until recently counted Sir Michael Peat, a former private secretary to Prince Charles, among its non-executive directors. While Peat was still listed as a non-executive on the company’s website on Wednesday, he reportedly resigned on the day Russia invaded Ukraine. He had been due to step down at the end of March, according to the website.

City veteran James Rutherford, who also holds directorships at mining groups Centamin and Anglo Pacific, stepped down from the board last week after just nine months.

Evraz is a vertically integrated steel, mining and vanadium business with operations in Russia, Ukraine, the US, Canada, the Czech Republic and Kazakhstan, among others.

With additional reporting by Philip Stafford