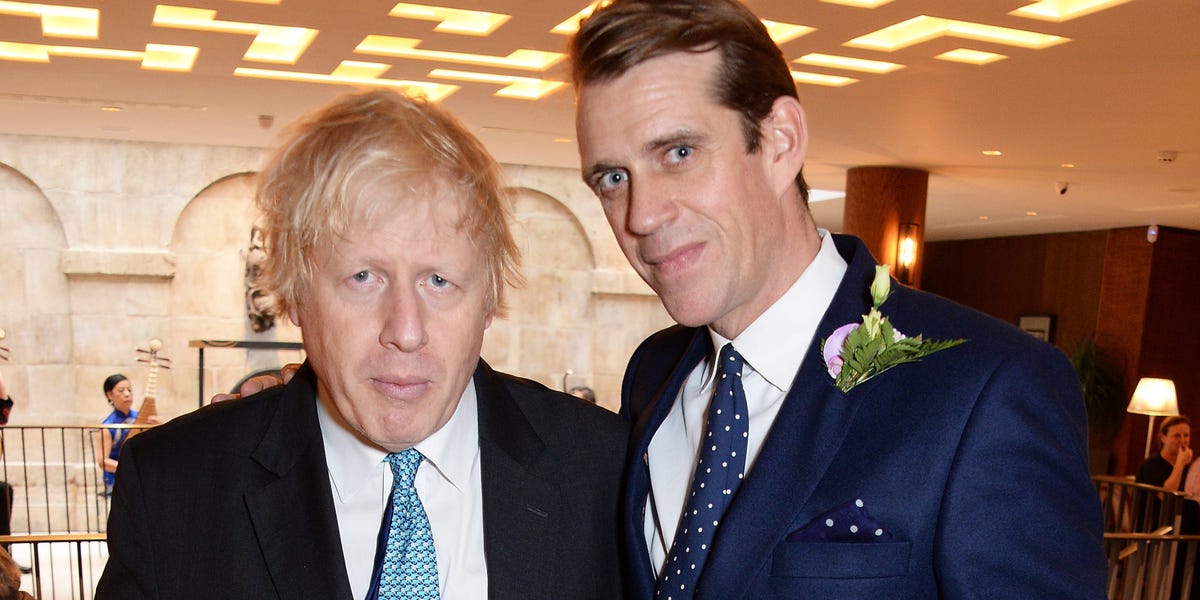 
Conservative MPs have criticised Ben Elliot and called for the party to oust him as co-chairman over his links with Russian donors and his luxury concierge business Quintessentially.

At a meeting of the backbench 1922 committee last week, several Tories spoke out about Elliot, who was appointed as co-chairman by Prime Minister Boris Johnson just as he took the reins in July 2019.

The Conservatives have faced significant political pressure over Elliot’s fundraising role within the party, and Labour claims almost £2 million from people with links to Russia have been raised since Elliot joined CCHQ. His luxury concierge business Quintessentially had a Moscow office until recently, boasting of 15 years experience working in Russia.

Bernard Jenkin, chairman of the liaison committee, “spoke forcefully about the co-chairman,” said one witness, who spoke to Insider only on the basis of anonymity.

Julian Lewis, chairman of the intelligence and security committee, echoed the view that Elliot “shouldn’t be there, and [Johnson] should make it part of the work he needs to do to shore up the party,” as part of leadership troubles caused by so-called partygate, the source added.

The backbencher said: “It’s a bad look when you get rid of your closest lieutenants to save your own skin… but he will have. Donors who are central to the party have stopped donating, partly because of the PM and partly because of concern about the new pool of donors.”

Elliot “brings in the money, but at what price?” he added.

Another senior MP who attended the meeting told Insider that Lewis had argued “we are deeply contaminated, and it is totally indefensible – there was a lot of banging on the tables.”

There was also a round of applause when backbenchers were told “our chairman seems to be very close to Russian money and our party needs to deal with this as soon as possible,” the source said.

Graham Brady, chairman of the 1922 committee, tried to reassure MPs by telling them that the board, of which he is a member, was “looking at this,” although the source could not confirm whether he meant Elliot specifically or Russian donations in general.

The MP added: “It’s all down to Elliot, and there is a lot of unrest and concern. The worry is that if something breaks, something really damning, that will make life quite hard… It’s not nice at the moment.”

Jenkin declined to comment on the specifics but told Insider: “We should have a senior member of government who is also a chairman of the party, as we have always had. That would make them more accountable.”

Lewis did not respond to requests for comment. However on February 28 – two days before this exchange – he made a pointed reference to Elliot’s concierge firm on the floor of the Commons.

Speaking during a debate about the long-awaited economic crime bill, the MP for New Forest East asked a minister if he agreed that “cleansing British public life of dirty Russian money is not quintessentially difficult”.

Anneliese Dodds, Labour Party chairman, told Insider: “Boris Johnson appointed Ben Elliot Co-Chair of the Conservative Party, and he is responsible for allowing Mr. Elliot to blur the lines between his public responsibilities and his private business activities with Putin-linked oligarchs.

“The Prime Minister cannot tell the British people that he is serious about tackling Russian dirty money and influence and also sit idly by while Mr Elliot oversees a party fundraising operation that has led to almost £2 million pounds in donations from people with links to Putin’s murderous regime flood into Tory coffers since 2019.

“It is high time that the Prime Minister acts to restore public confidence that the Conservative Party is committed to cleaning up its act. He should listen to what senior Conservatives are reportedly telling him and remove Mr Elliot from his position with immediate effect.”

US stocks rally after four days of losses as commodities retreat