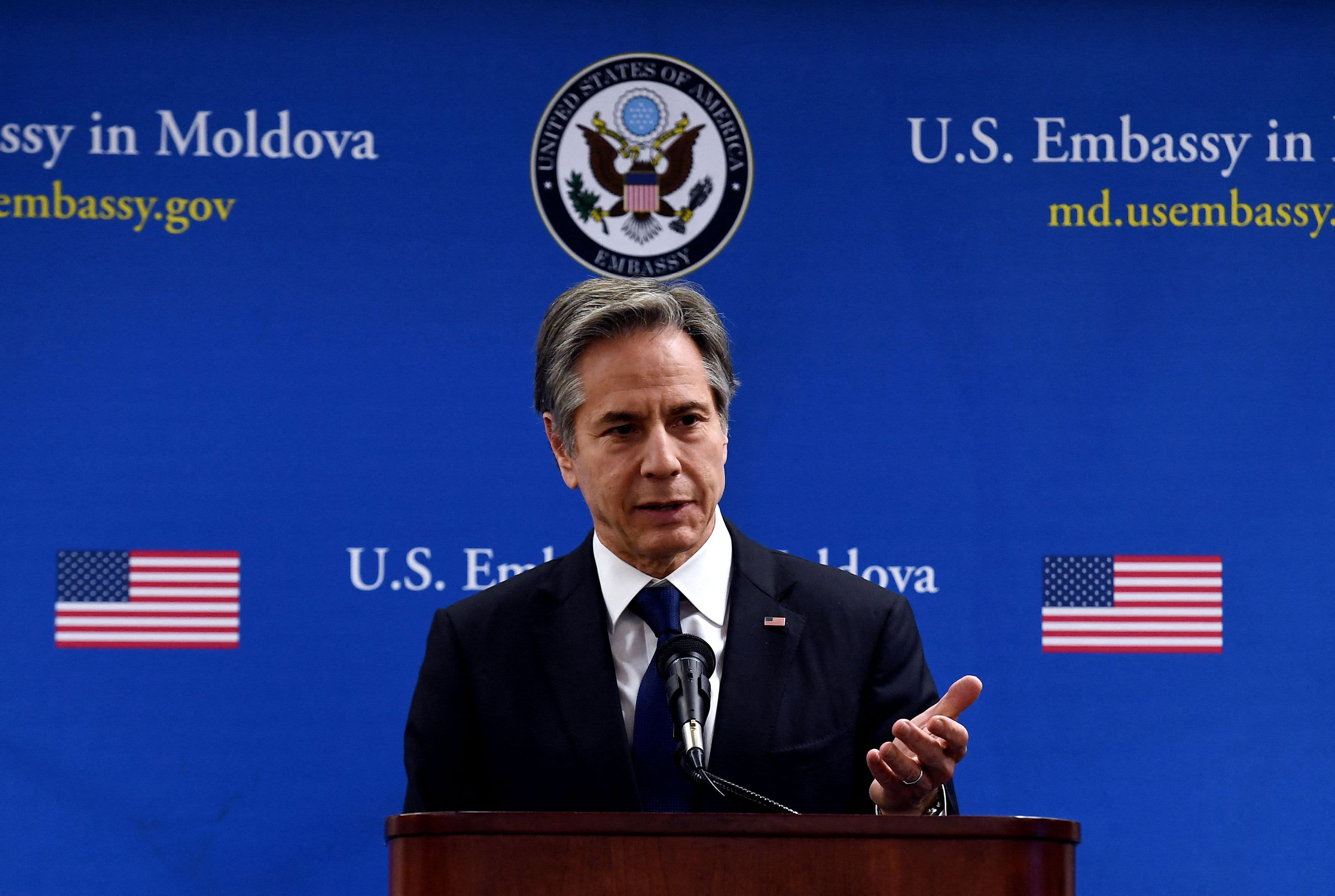 LONDON — European stocks tumbled on Monday after news that the U.S. and European allies are considering a ban on Russian oil imports, posing a risk of global “stagflation.”

The pan-European Stoxx 600 index fell 2.5% by mid-morning, cutting some of its earlier losses. Banks and autos slid 5% to lead losses while oil and gas stocks jumped 3.8% as oil prices surged.

Last week, the continental benchmark lost 7% and suffered its worst week since March 2020, the onset of the coronavirus pandemic.

U.S. Secretary of State Antony Blinken told NBC on Sunday that Washington is in “very active discussions” with European governments about banning imports of Russian crude and natural gas.

Such a move could pose a risk of stagflation — a period of slow economic growth and high unemployment coupled with high inflation — for the global economy.

Russia has continued to ramp up its assault on neighboring Ukraine in recent days, with forces attempting to advance and isolate the capital city of Kyiv and other major cities while being met with fierce Ukrainian resistance.

Western powers have already imposed a suite of punitive economic sanctions in a bid to isolate Russia from the global economy, but the Kremlin has continued its invasion and Ukrainian President Volodymyr Zelenskyy has urged NATO to implement a no-fly zone on Ukraine, as yet to no avail.

Shares in Asia-Pacific were sharply lower on Monday, with Hong Kong’s Hang Seng index dropping more than 3.5% to lead regional losses. U.S. stock futures pointed to a negative open on Wall Street later in the day.

In terms of individual share price movement, Austrian bank Erste Group and Dutch lighting company Signify both fell more than 11% to the bottom of the Stoxx 600.

The London Stock Exchange cancelled trades on shares of Anglo-Russian miner Polymetal International over a 20-minute period on Monday morning following a sudden surge sent the share price skyrocketing. Polymetal shares were up 32% by mid-morning.