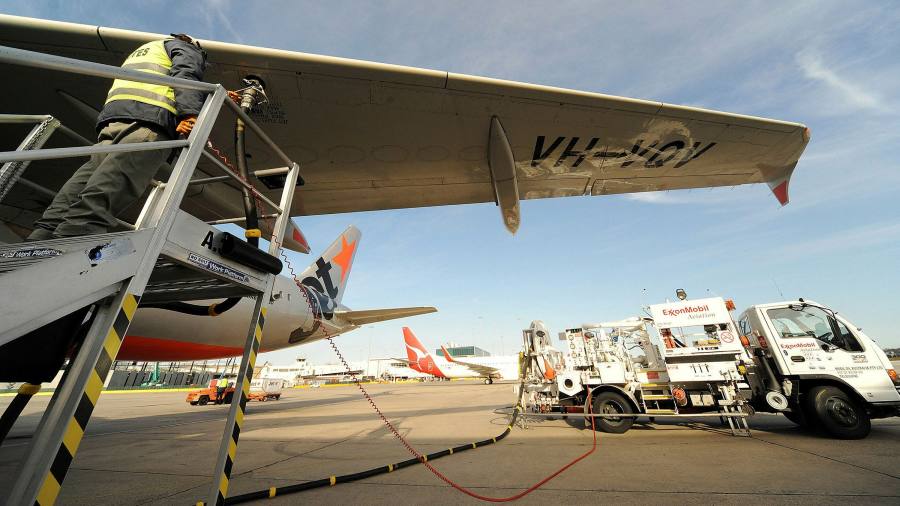 
Just as aviation was soaring away from the pandemic, it has flown into a fresh storm. On Monday, the cost of crude leapt on the prospect of a US-led embargo on Russian oil exports. Global oil prices have risen nearly two-thirds since the start of the year. Shares in airlines nosedived on Monday.

No wonder. Aviation is the most oil-intensive sector of all, according to ING. For every €1mn of value added output, Europe’s aviation industry uses 60 terra joules of energy. Shipping is close behind, followed by the chemicals industry.

Fuel accounts for 25-40 per cent of airline operating costs. Many airlines have hedges in place. London-listed Wizz Air, normally a holdout, said on Monday it too would cap its fuel cost exposure. But pricier fuel and the need to fly longer routes to avoid Russian and Ukrainian airspace, will still hurt airlines.

Commercial aviation cannot usually rely on passing extra costs on to customers. Northern Europeans are desperate to travel but also constrained by a broader jump in their cost of living. European nations have meanwhile given some flag carriers financing to hold prices down in the form of pandemic bailouts.

For many developed economies, the situation is less bleak than during previous oil price spikes. A shift to services and greater energy efficiency has reduced intensity — total energy consumption per unit of GDP — by over a third globally since 1990.

Yet higher transport costs will ensure the effect of more expensive crude will be felt across the economy. Household budgets will be stretched and business profits will be squeezed. If the oil price rise is sustained, the pain will be widely shared.