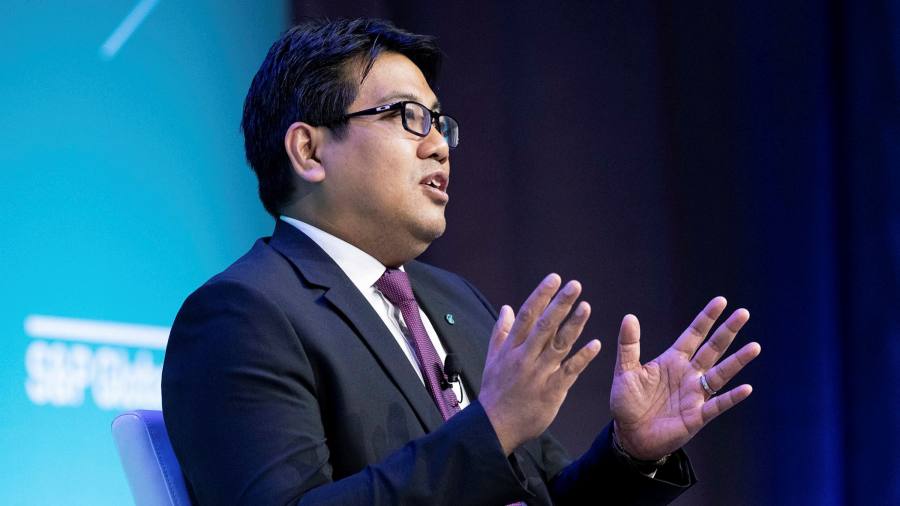 
Oil industry chiefs have called on Wall Street to stop holding back investment in new crude supply as “chaos” and “bedlam” threaten to overwhelm energy markets amid fears the west will ban Russian oil exports following the invasion of Ukraine.

A surge in the international oil price to $139 a barrel on Monday has sparked fears that the rally could damage the global economy. Speaking at the CERAWeek conference in Houston, oil executives pinned some of the blame on their investors.

“Investors have been telling [oil companies] not to invest so much. Well, this is a crisis, we should be investing more,” said John Hess, chief executive of Hess Corp, a big US shale oil producer. “We’ve had five years of under-investment and we’re paying for it now.”

A decade of debt-fuelled drilling and supply growth prompted a backlash from Wall Street, which in recent years has demanded oil companies cut spending on new crude production and use cash to pay dividends and reduce debt.

The strategy has improved operators’ balance sheets, but oil production growth has been tepid. A jump in post-pandemic demand, which has set new records, had resulted in a surge in prices even before the Ukraine crisis.

International benchmark Brent rose 18 per cent to hit almost $140 a barrel at one point on Monday, as traders reacted to news that the US government was in “active discussions” with its European allies about sanctions on Russian oil exports.

The price spike left oil within about five per cent of its all-time high set in July 2008 on the eve of the global financial crisis.

“Speaking to financial institutions — and I’ll probably get beat up by bankers on the way out — you need to shepherd us, not beat us into submission,” said Taufik.

The heads of some of the biggest oil companies in the world, from ExxonMobil to TotalEnergies, echoed the sentiments.

“I know that our company, and really across all industry, are working very hard to make sure that we are maximising production,” said Darren Woods, chief executive of ExxonMobil.

He said he now expected Exxon to exceed its production growth targets this year in the Permian shale field in Texas and New Mexico.

Still, Woods warned the oil market was headed into a “tough time”, with recent reductions in investments exacerbating market tightness.

“There was going to be a tough time in the base case with the reduction in investments that came with the pandemic,” he said. “I think what we’re seeing played out now in Ukraine with Russia just complicates that even further.”

The International Energy Agency last year said that in order to reach net zero emissions by 2050, energy companies needed to halt all new oil and gas exploration projects. But executives in Houston said this fails to account for consumption in the near term.

“Last year . . . the industry spent only $350bn on upstream oil and gas. It is a figure compatible with a net zero scenario,” said Patrick Pouyanné, chief executive of French supermajor TotalEnergies. “Unfortunately, the demand is going up so it’s not compatible with demand. And now the price is going up — that is the reality of our planet.”

Some analysts said further price rises could take as much as 2 percentage points off global GDP and stall the post-pandemic recovery. Cuneyt Kazokoglu, head of oil demand at consultancy FGE, likened the current crisis to the oil shock that followed the Iranian Revolution in 1979.

“The defining element of the economic crisis that we believe is on the horizon is the oil supply shock resulting from Russia’s invasion of Ukraine,” he said.

Last week, the head of the US’s biggest shale oil operator, Pioneer Natural Resources, said the country would be unable to replace crude supplies from Russia this year.