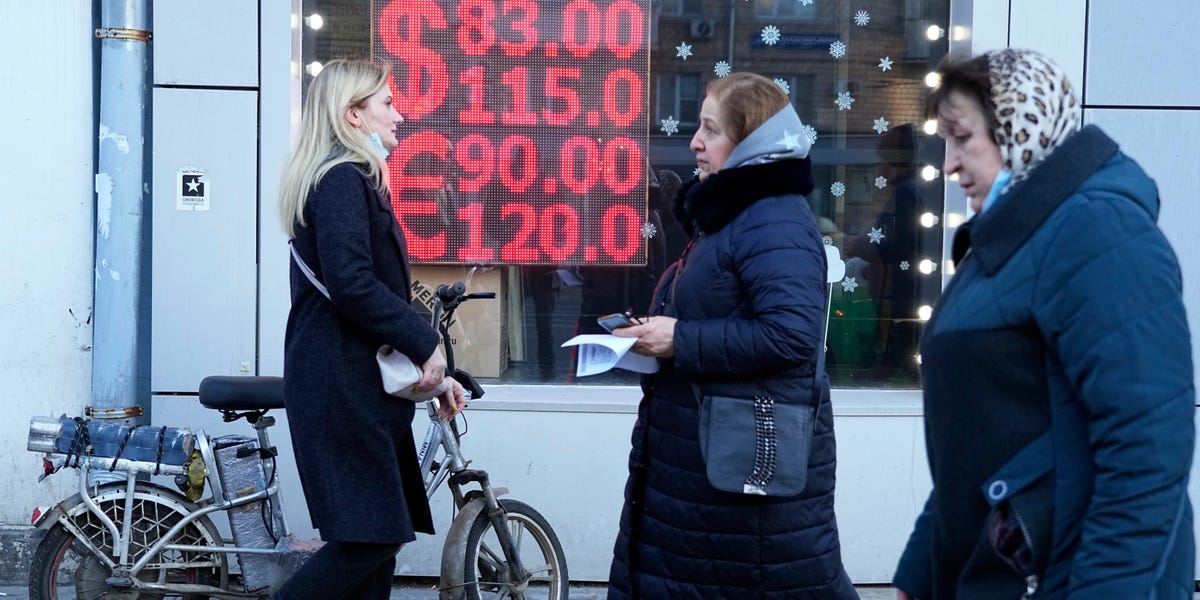 10 Things Before the Opening Bell: March 7


Welcome back. Today we’re seeing how oil is now at its highest since the 2008 financial crisis, as the West takes aim at Russia’s energy sector — and we take a look at what’s happening with the ruble, as well as the broader market turmoil.

1. Oil has surged to almost $130 a barrel after the US and Europe said they may consider banning the country’s energy exports. Here’s a rundown of what’s going on:

Notably, Russia’s aggression toward Ukraine has compelled some of the world’s largest companies to abandon operations in the country. With sanctions choking off the economy, Apple and Disney both suspended business activities in Russia, and several behemoths in the oil and gas sector wrote off a combined $30 billion in investments within 72 hours.

2. Global stocks are tumbling as oil surges. Investors now fear a oil-price shock that could plunge the world economy into stagflation. Here’s what’s going on across the markets.

4. BlackRock’s global chief strategist revealed why the firm has changed its outlook on US stocks. The world’s biggest investment firm is pivoting in how it plans to manage equities. Here’s what the chief strategist sees as the biggest risks to investors right now.

5. JPMorgan said the West’s crushing sanctions on Russia’s economy could put the auto and semiconductor supply chain at risk. Oil might be getting most of the attention as it skyrockets, but the supply of key metals might create more of a crunch. The production of platinum, palladium, and neon are all under pressure.

6. Coinbase CEO Brian Armstrong said crypto is a lifeline for regular Russians. The crypto exchange won’t ban them unless the law tells them to, he said on Twitter. But the exec doesn’t think there’s a high risk of oligarchs using it to evade sanctions.

7. Wall Street would “gladly applaud” tech firms following Apple’s lead to ditch Russia, said Wedbush’s Dan Ives. If Big Tech pulled the plug on Russia, it would have a 1%-2% revenue impact in a worst-case scenario, Ives said. So far, Oracle and Google have limited business operations in Russia — but other tech stalwarts could follow Apple’s move to halt sales.

8. Goldman Sachs named high-dividend growth stocks that are trading at large discounts to the S&P 500 right now. These have historically outperformed the market in periods of high inflation, said the bank. See the list of 50 picks.

9. A tectonic shift is underway for crypto as it takes “a seat at national security discussions.” Two industry titans explained how bitcoin is laying down the foundations for a multi-decade bull run that will vindicate early investors — and why now is the time to buy into any weakness.

10. America added more jobs than expected last month. The US added 678,000 jobs in February, outpacing the median estimate of 440,000 payrolls. Additionally, the unemployment rate edged lower to 3.8% from 4%. The new data bodes well for a recovering labor market.

Using Poop And Biogas To Mine Bitcoin