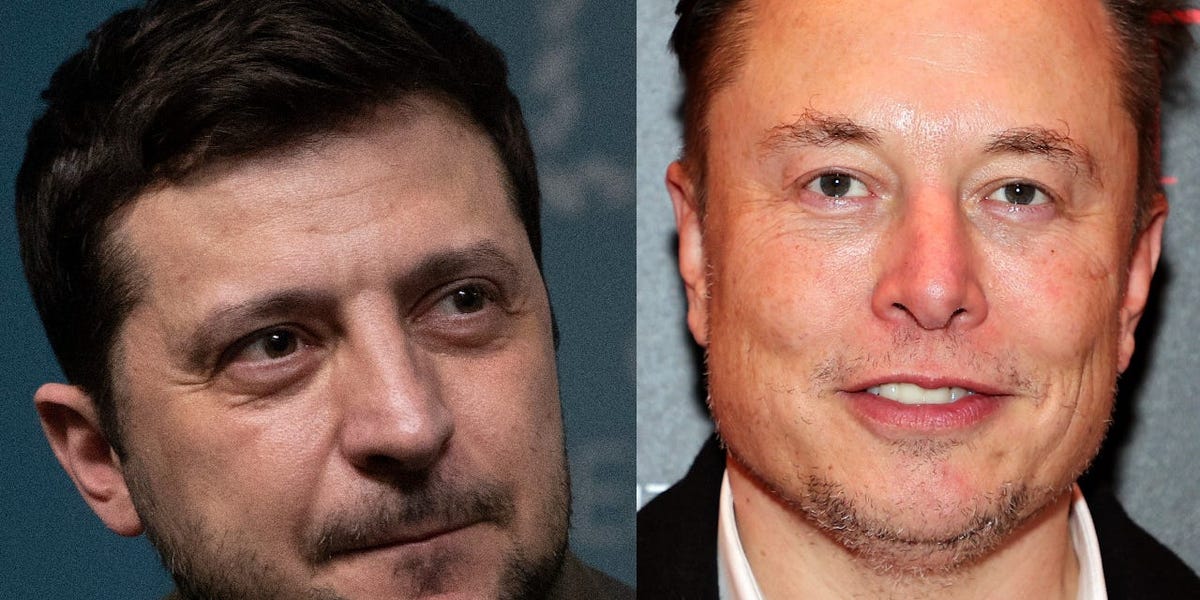 “Talked to @elonmusk. I’m grateful to him for supporting Ukraine with words and deeds. Next week we will receive another batch of Starlink systems for destroyed cities. Discussed possible space projects 🚀. But I’ll talk about this after the war,” Zelensky said in a tweet.

In a video of the meeting posted on Zelensky’s Instagram, the Ukrainian president invited Musk to visit Ukraine after the war.

Fedorov requested Starlink after the Russian invasion disrupted internet access for some Ukrainians.

Musk warned earlier this week that the system could be targetted.

“Starlink is the only non-Russian communications system still working in some parts of Ukraine, so probability of being targeted is high,” he said in a tweet.

Musk advised users to only turn on the system when needed and to place the antenna as far away from people as possible.

Glencore: fortune of war falls to miners not military