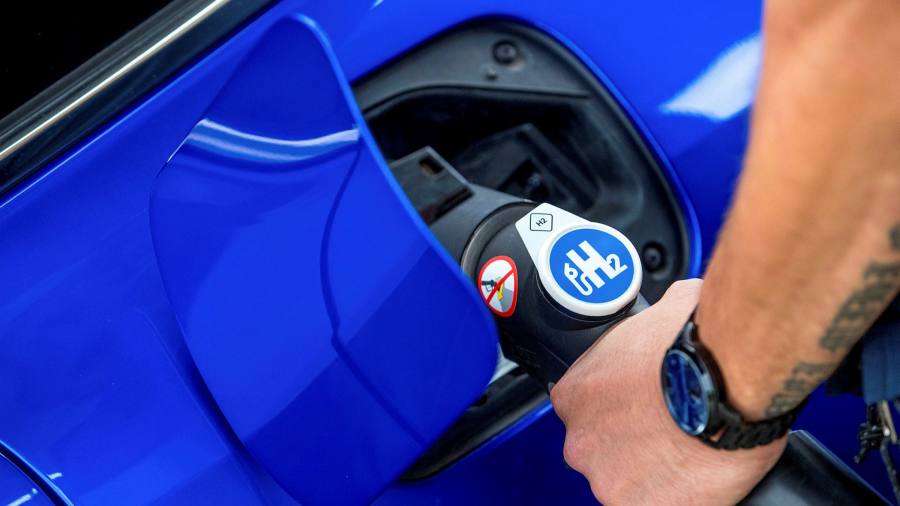 A future based on hydrogen fuel seems a way off


Over the past week, the development of alternatives for Russian natural gas has changed from a part of climate policy to a wartime priority. In that effort, the potential for the use of hydrogen is being even more intensely examined.

Yes, hydrogen can be burnt while only producing water vapour rather than carbon product (although most present forms of making the fuel require carbon-emitting processes). Hydrogen has the potential to replace the short-term electricity grid storage provided now, on a small scale, by stationary lithium ion batteries.

On the basis of much of the material summarised for public debate, a transition to a hydrogen economy makes sense. Hydrogen could, hypothetically, be used as aircraft fuel or for heavy vehicle and ship transport. Some natural gas pipeline operators are studying hydrogen shipment through existing networks.

Unfortunately, hydrogen is also highly reactive and can seep in between molecules of almost every possible container. It “rots” many grades of steel at high temperatures and pressures in a process called “decarburation” or “hydrogen attack”. At room temperature and pressure hydrogen can create “embrittlement”, a different form of rot, in steels or other metals.

Hydrogen can collect in an explosive mixture with air in many enclosed spaces. Accumulations of pockets of hydrogen from storage batteries and oxygen generators on submarines appear to have led to explosions. Among the most recent, an Argentine Navy submarine sank in November 2017 after an explosion that is likely to have been the result of a build-up of gases.

Of course, hydrogen is in common use in chemical processes and fossil fuel refining. These plants use dedicated hydrogen pipelines manufactured, welded and inspected with its physical properties in mind. Those plants, though, are not in dense urban neighbourhoods.

One of the safest and most widely used materials for handling hydrogen are “austenitic stainless steels”. These alloys contain very high proportions of nickel and chromium, which, if procured as a mass product, will create serious supply challenges for a society in a hydrogen transition.

Devices using hydrogen fuel require demanding welding technologies, which often need inert gases such as argon to help ensure the integrity of the welds. Despite argon being in wide use for this and other applications, it is difficult and expensive to produce, even at the scale it is used today.

These challenges are not simply overcome by having money or PowerPoint-heavy conferences thrown at them. The real shortage in widely diffusing a set of technologies through a society is skilled labour. That same weakness, in many of the same skills, is the most serious barrier to accelerated development of nuclear power.

Westinghouse went bankrupt in 2017. And in the bankruptcy trial transcript, which I read, it is clear that the project-fatal cost overruns on two Westinghouse nuclear plants largely came down to labour costs. Welders, equipment operators and experienced supervisors are not cheap or in plentiful supply. The “Unit 3” French nuclear reactor project at Flamanville in Normandy has had problems finding and supervising skilled welders. It was supposed to open this year, but is now re-re-scheduled for 2023.

It does seem possible to use a modest addition of hydrogen, say 20 per cent, in existing long-distance transmission lines for gas. But then using substantial amounts of hydrogen in the distribution networks or “service lines” for houses and most places of work will be more dangerous.

This all comes before we consider how much platinum we can use for hydrogen transport and storage by recycling catalytic converters from old fossil-fuelled cars. There’s maybe enough for pilot projects. But mined platinum supplies are set to decline, and a circular economy for a hydrogen world is not foreseeable yet.

Reaching “net zero” carbon with a hydrogen economy is beyond the visible horizon.

The colours of the hydrogen rainbow

Blue hydrogen Produced using gas but with carbon emissions being captured and stored, or reused. Negligible amounts in production due to a lack of capture projects.

Grey hydrogen This is the most common form of hydrogen production. It comes from natural gas via steam methane reformation but without emissions capture.

Brown hydrogen The cheapest way to make hydrogen but also the most environmentally damaging due to the use of thermal coal in the production process.

Chart Of The Day: NASDAQ Poised For Breakdown