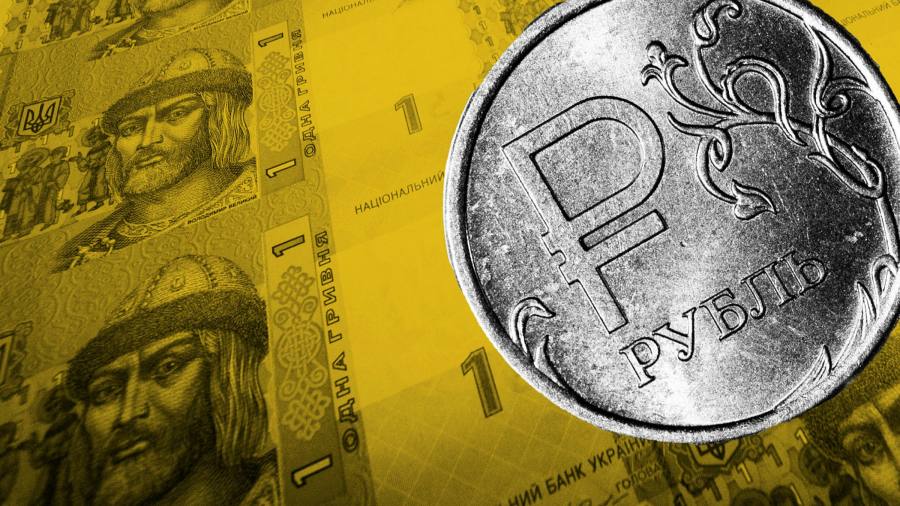 
Global stocks dropped, European gas prices hit an all-time high and the euro slumped against the dollar as concerns intensified about the economic implications of the war in Ukraine.

Equity market declines were sharpest in Europe, with the Stoxx 600 share index dropping 2.8 per cent by Friday afternoon in London, taking it 13 per cent lower for the year. Germany’s Xetra Dax fell 3.9 per cent and London’s FTSE 100 declined 2.7 per cent.

The moves came after Russian forces seized a Ukrainian nuclear plant. The assault on the Zaporizhzhia facility prompted US president Joe Biden to urge an immediate ceasefire on the site of Europe’s largest nuclear facility in south-eastern Ukraine. A fire was extinguished at the site early on Friday.

The euro fell 1.4 per cent against the dollar to $1.091, dipping below $1.10 for the first time since May 2020, as traders rushed to reduce their exposure to a region that may feel the most impact from Russia’s invasion of Ukraine and associated western sanctions. The dollar was also broadly stronger as traders sought shelter in havens during the market volatility.

“Investors are looking to distance themselves from the conflict in any way they can,” said Baylee Wakefield, multi-asset portfolio manager at Aviva Investors. “And that means reducing exposure to Europe.

“It makes sense for asset managers to reduce risk ahead of the weekend,” she added. “The situation is changing all the time and short-term news flow can really impact markets at the moment.”

Futures linked to TTF, Europe’s wholesale natural gas price, surged as much as 41 per cent to hit €208 per megawatt hour, later trimming some of its gains.

“The risk of a disruption to the suddenly increasing amounts of gas transiting through Ukraine is also now significant given the escalating military action taking place across the region,” analysts at S&P Global Markets said.

Brent crude, the international oil benchmark, rose 4.2 per cent to $115 on Friday after hitting its highest level since 2012 the previous day.

On Wall Street, the S&P 500 share index dropped 1.5 per cent and the technology-focused Nasdaq Composite fell 1.7 per cent.

The yield on the 10-year US Treasury note, which underpins borrowing costs worldwide, fell 0.13 percentage points to 1.71 per cent as the price of the high-grade debt rose significantly. The dollar index, which measures the US currency against six others, rose 0.9 per cent.

“The market is struggling to very quickly process the new information that is constantly coming out about the escalating conflict,” said Georgina Taylor, multi-asset fund manager at Invesco.

While fund managers had initially focused on the effects of the conflict and potential further sanctions on commodity price inflation and “cost bases and on supply chains, I do worry it’s going further beyond that now”, she said.

As the impact of the war reverberates through markets, investors are debating whether the US and European central banks will reverse plans to raise borrowing costs from pandemic-era record lows.

Before Russia invaded Ukraine, the US Federal Reserve had been expected to increase interest rates more than seven times this year. Derivatives markets are now pricing fewer than six quarter-point rises by December, even though non-farm payrolls data released on Friday showed US employers added a much larger than expected 678,000 jobs in February.