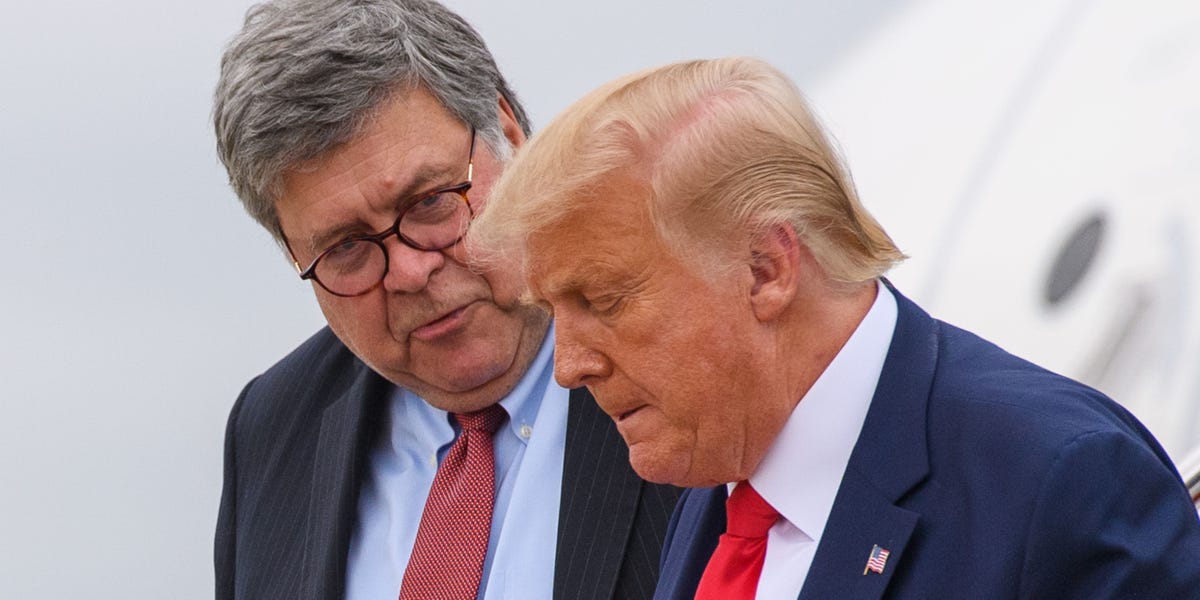 Former Attorney General William Barr said former President Donald Trump didn’t have a “good idea” of what the roles of the president or Justice Department entailed during his time in office, NBC News reported on Friday.

In an interview with the outlet’s Lester Holt, Barr recounted the July 2019 phone call between then-President Rump and Ukrainian President Volodymyr Zelensky, which eventually led to Trump’s first impeachment.

Barr said that he became “livid” after finding out Trump told Zelensky that he would be getting Barr to reach out to the Ukrainians regarding investigations into Hillary Clinton, Joe Biden, and Hunter Biden, per NBC News.

Describing the plan as a “harebrained scheme,” Barr added that Trump “never really had a good idea of, you know, the role of the Department of Justice [and] to some extent, you know, the president’s role,” per the outlet.

In an op-ed for the Wall Street Journal this week, Barr recounted how he confronted Trump about his claims of voter fraud in the 2020 election and told him they “bullshit.”

The former attorney general wrote that, during their meeting on December 1, 2020, he told Trump that the latter had “wheeled out a clown show” of lawyers to pursue his baseless claims. Barr also described how Trump angrily slammed his hands on his desk after accepting Barr’s resignation.

Barr’s book, “One Damn Thing After Another,” is scheduled for release this month. In it, he voices his rejection for Trump’s voter fraud claims, writing: “The election was not ‘stolen.’ Trump lost it.”