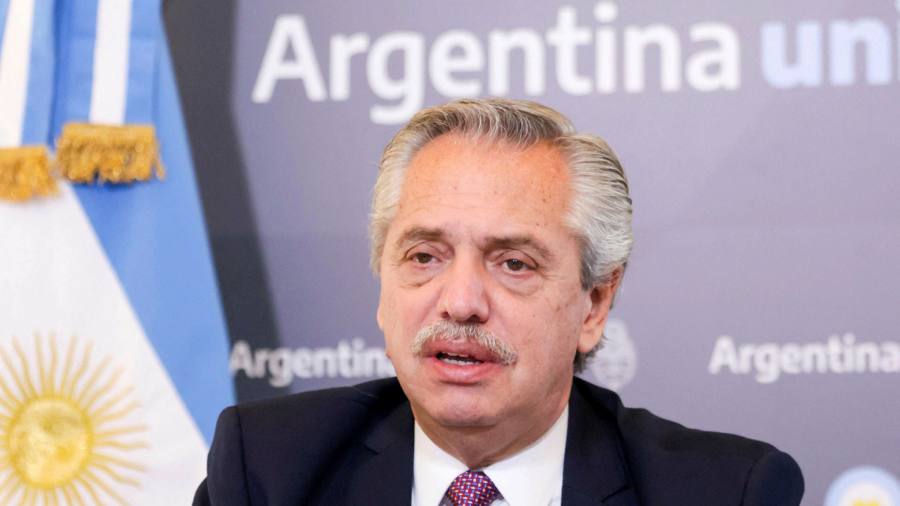 
Argentina has secured a $45bn deal with the IMF to restructure debt from its record 2018 bailout, just weeks before a deadline for repayments it would struggle to make from fast-dwindling reserves.

The IMF said in a statement on Thursday that the new 30-month extended fund facility programme outlined in the agreement would “address the country’s most-pressing economic challenges” and improve public finances.

Argentina’s congress and the IMF board must approve the details of the arrangement. Those details were not immediately available, although the fund said it “seeks to durably address persistent high inflation through a multipronged strategy involving a reduction of monetary financing of the fiscal deficit, and a new framework for monetary policy implementation to deliver positive real interest rates”.

Both sides have been anxious for a deal to restructure approximately $45bn in debt owed to the international lender from a record $57bn that Argentina originally agreed to borrow from the fund in 2018 under the previous centre-right government of Mauricio Macri.

Martín Guzmán, Argentina’s finance minister and chief IMF negotiator, said the deal would be sent to the lower house of Congress as early as next week. If approved, payments to the fund would begin in 2026 and end with full repayment by 2034.

Securing a simple majority in congress for the deal will be a major challenge for President Alberto Fernández, whose ruling leftwing Peronist coalition lost key seats during midterm elections last year.

The agreement with the IMF, the outline of which was first presented in January, has exposed deep rifts within the governing coalition, a combination of moderates aligned with the president and a radical wing led by Cristina Fernández de Kirchner, the country’s influential vice-president and former leader. 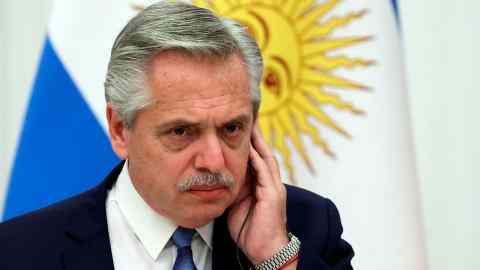 While the IMF does not require any congressional approval to finalise the deal, Argentine law requires it.

Argentina was due to repay the IMF $19bn this year under the terms of the original deal, including a $2.8bn instalment due on March 22, which analysts say it could not afford to make without a fresh deal.

Net central bank reserves have fallen into negative territory by some calculations after the government paid more than $1bn in principal and interest to the fund in February. Inflation is running above 50 per cent a year.

Presidential spokeswoman Gabriela Cerruti said the main point of disagreement with IMF officials in Washington had been over how fast to raise energy prices, which are heavily subsidised in Argentina, accounting for roughly $11bn last year.

For some consumers, electricity and gas prices will rise 150 per cent under the terms of the new deal, she said, which will be unpopular among opposition lawmakers who must approve the deal.

“The tariff issue was one of the most discussed and intensely negotiated,” Cerruti told a press conference in Buenos Aires on Thursday.

Fernando Iglesias, an opposition lawmaker, described the agreement as “a time bomb”. Economists have expressed scepticism about whether a divided and unpopular government facing elections next year will be able to deliver on its commitments and pass regular fund reviews.