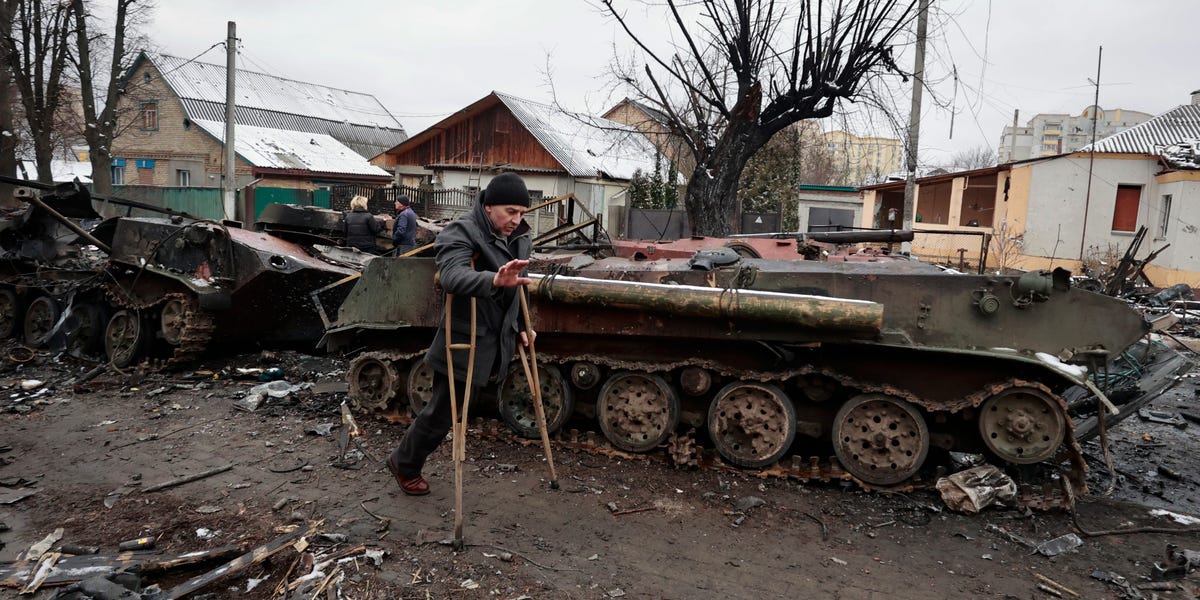 Some Russian troops have “deliberately punched holes in their vehicles’ gas tanks” as morale among the Russians declines, a senior US official said.

The troops appear to be self-sabotaging in order to avoid combat, the unnamed senior Pentagon official said, per The New York Times. The official added that many of the Russian troops are young and inexperienced in combat, and they are facing dwindling food and fuel resources.

Tuesday marks day six of Russian President Vladimir Putin’s invasion of Ukraine, prompting protests across the world, including in Russia. Explosions have rocked the Ukrainian capital of Kyiv, as well as Ukraine’s second-biggest city, Kharkiv, since Russia invaded the region.

As morale drops, some of the Russian troops have surrendered to Ukrainian forces “without a fight,” a US senior defense official told reporters in a briefing on Tuesday.

The US official said that there has been evidence “of a certain risk averse behavior by the Russian military,” since Russia launched its assault on Ukraine, CNN reported.

In response to Russia’s assault, western nations have since levied heavy sanctions and other restrictive financial measures against the country, a move that Putin claimed was unlawful.