US equity markets are likely to remain during the coming week as investor focus remains squarely on the Russia-Ukraine war which escalated during the weekend, dimming hopes of a negotiated settlement.

Still, the posted a weekly gain after some wild swings early last week. Stocks fell sharply on news of the Russian invasion, but later bounced back. The SPX extended that rebound into Friday, rising more than 2% on the final day of trade for the week.

The biggest impact of this crisis so far, given Russia’s position as a major commodity exporter, has been visible in energy markets where initially shot higher in the past week, with surging to $105 per barrel before settling back down to just under $95 on Friday.

Aside from the Russia-Ukraine crisis, investors will also be watching some important earnings releases. Here are three we’re following:

Salesforce.com (NYSE:), which sells enterprise software and cloud-based services for customer relationship management to corporate clients, will be reporting its fiscal Q4 2022 earnings on Tuesday, Mar. 1, after the market closes. The software provider is forecast to report $7.27 billion in revenue and $0.75 of earnings per share. 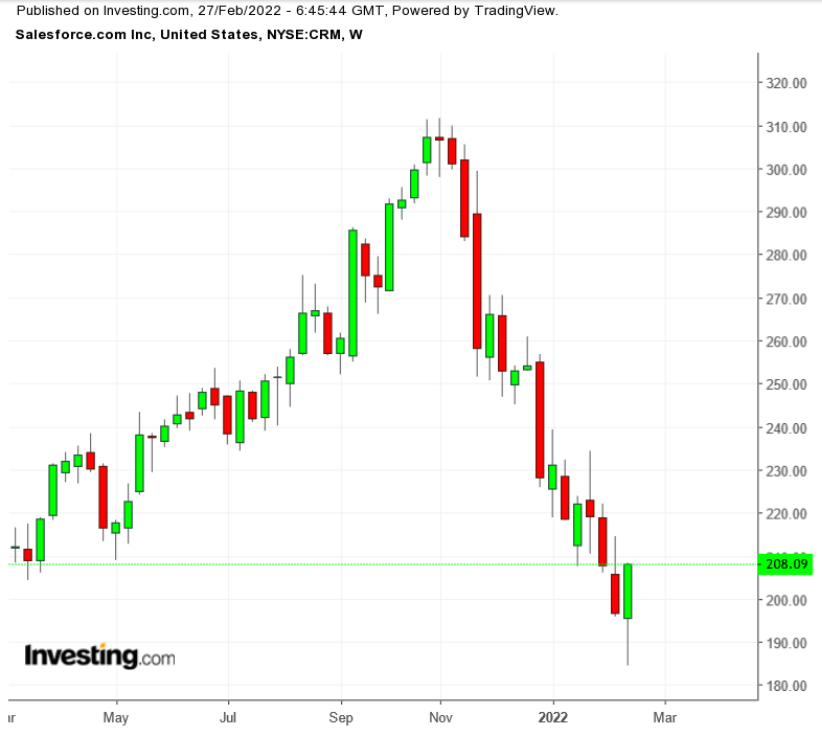 In November, during its FY Q3 2022 report, the San-Francisco-based company gave revenue and profit forecasts for the that fell short of analysts’ estimates, showing business challenges during the Omicron surge. Since the release, CRM shares have been slumping. CRM shares are down 18% this year, closing on Friday at $208.09.

Other corporate software makers have posted results in recent months that showed challenges keeping up growth rates that met investor expectations, similar to Salesforce’s own struggles.

In November, the San Francisco-based company promoted Bret Taylor to co-Chief Executive Officer with Marc Benioff, who also will remain board chair. Taylor has been president and chief operating officer since 2019.

One of the US’s largest discount retailers, Costco Wholesale (NASDAQ:) will report its fiscal 2022 second quarter results on Thursday, Mar. 3 after the close. Analysts are expecting $2.75 a share in profit on sales of $51.35 billion. 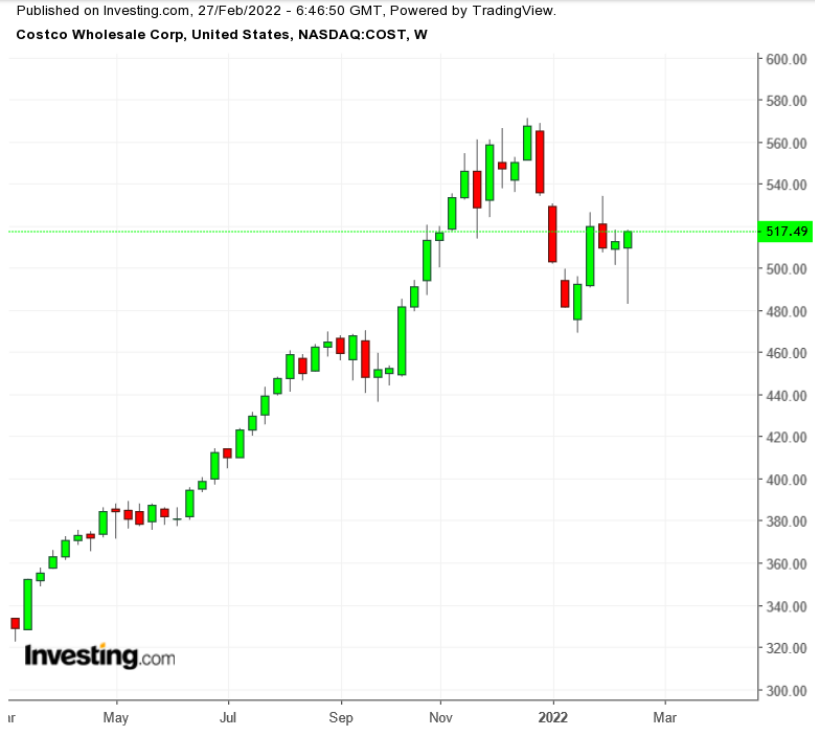 Costco told investors in December that the company has been succeeding at keeping its shelves stocked despite port delays, raw materials shortages, rising labor costs, and challenges in finding enough truck drivers.

The retailer’s relatively narrow product selection provides it an advantage in keeping items in stock compared with companies that sell a wider variety of goods, according to Chief Financial Officer Richard Galanti.

The latest results will likely show that sales amid increased consumer activity after the economic reopening. That strength has helped Costco shares stage a remarkable rally during the past one year—a period when its stock surged about 55%. It closed on Friday at $517.49.

Zoom Video (NASDAQ:) will report fourth quarter earnings for its fiscal 2022 year after the market closes on Monday, Feb. 28. Analysts are projecting $1.07 a share profit on sales of $1.05 billion. 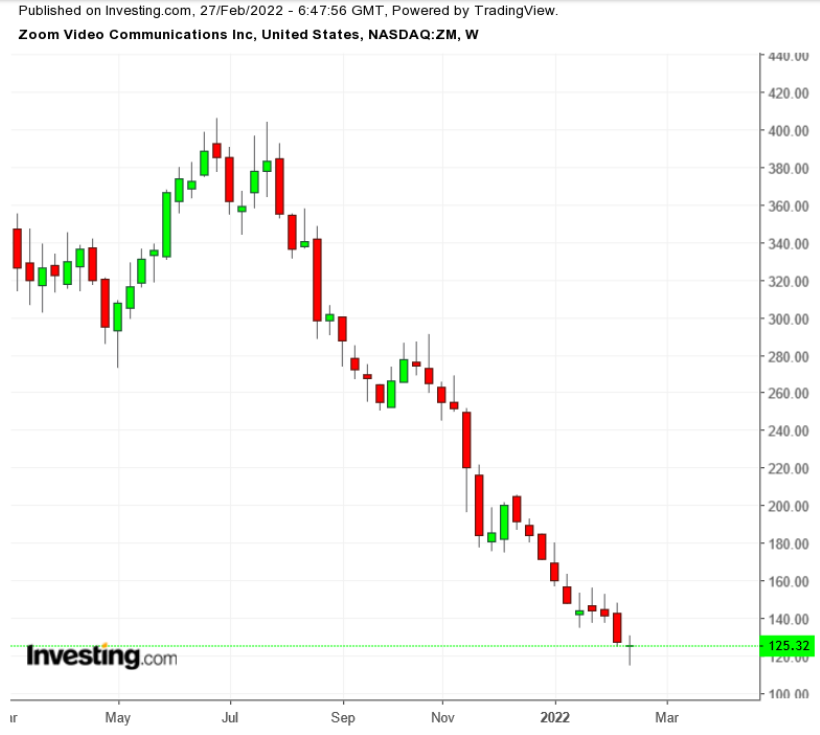 The video communications platform leader thrived during the pandemic, when stay-at-home requirements and remote work trends boosted its San Jose, California-based tech company’s sales significantly. During that period, sales and profit had consistently beaten estimates every quarter, and the company kept raising its guidance.

But that boom in sales as economies reopen and many in-person activities—including working from offices and face-to-face business meetings—resume. Zoom is expecting a smaller-than-projected number of large customers for Q4. That weak guidance has hurt its stock which lost about a third of its value this year. It closed on Friday at $125.32.

Investors will closely monitor Zoom’s corporate client growth, to see whether growth for its online meeting platform, which became a ubiquitous tool throughout the pandemic, has peaked.

I Was Hypnotized by a Four Seasons ‘Resident…

Bitcoin Maximalists Do Not Trade For Bitcoin – Bitcoin…