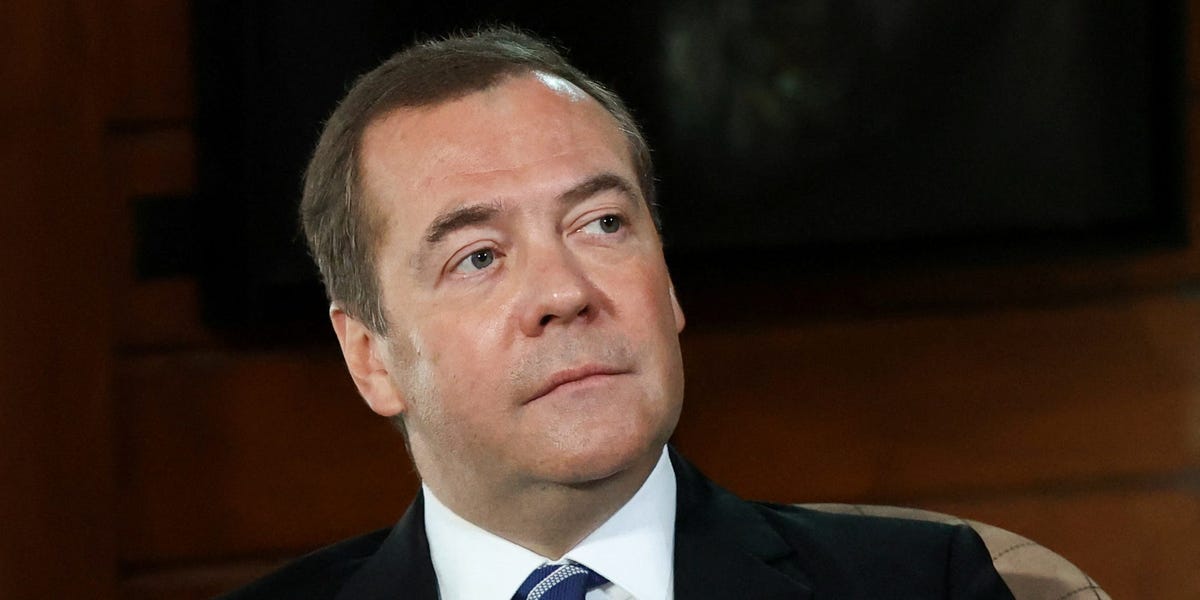 
A top Russian government official on Saturday warned that Moscow may react to Western sanctions imposed on the country over its invasion of Ukraine by severing diplomatic ties with Western nations and freezing their assets.

Dmitry Medvedev, a former president and the deputy chairman of Russia’s security council, said the country would also back out of the previous nuclear arms deal made with the United States, The Associated Press reported.

Medvedev also threatened to bring back the death penalty after criticizing the “really unfair” decision by the Council of Europe — an international human rights organization — to suspend the country’s membership.

The recently-imposed restrictions are putting a bind on Russian financial operations, per The AP.

President Joe Biden this week issued two rounds against Russia, but the administration has so far declined to push for booting the country from SWIFT, the dominant system for global financial transactions.

European leaders are, however, somewhat reluctant to remove Russia from SWIFT and risk doing “more costly and complicated” business with Russia given the reliance by many countries on Russia’s energy exports, The New York Times reported.

Medvedev in recent days on a Russian social media platform mocked the sanctions as a form of Western “political impotence” that will only further antagonize Russia and harden backlash against the West, according to The AP.

“We are being driven out of everywhere, punished and threatened, but we don’t feel scared,” he said, criticizing the Western-led sanctions as a means of absolving themselves from “shameful decisions, like a cowardly retreat from Afghanistan.”

Last August, the US ended the 20-year conflict in Afghanistan in a withdrawal that ceased all military presence on the ground in the country. Critics of the exit have expressed concern about the country’s long-term stability with the lack of a US, or allied, military presence.

As president, Medvedev was generally regarded as a more liberal leader than Putin, but his comments on Saturday reflect a sharpness that defined Russia’s leadership in previous decades.

Medvedev on Saturday said that the sanctions could lead Moscow to back out of the New START nuclear arms treaty, a nuclear arsenal reduction agreement that was signed in 2010 by Medvedev and then-US President Barack Obama.

The treaty “limits each country to no more than 1,550 deployed nuclear warheads and 700 deployed missiles and bombers, and envisages sweeping on-site inspections to verify compliance,” The AP reported.

The agreement, which was slated to expire in February 2021, was extended for five additional years by the US and Russia.

Russia opting out of the treaty would be a troubling step backward for the global nuclear disarmament effort.

Medvedev also downplayed the need for diplomatic ties with Western countries, contending that “there is no particular need in maintaining diplomatic relations” and stating that “we may look at each other in binoculars and gun sights,” The AP reported.

The former president further threatened to impose economic sanctions against the West to counter the sanctions levied on Russia.

“We would need to respond in kind by freezing the assets of foreigners and foreign companies in Russia … and possibly by nationalizing the assets of those who come from unfriendly jurisdictions,” Medvedev said. “The most interesting things are only starting now.”