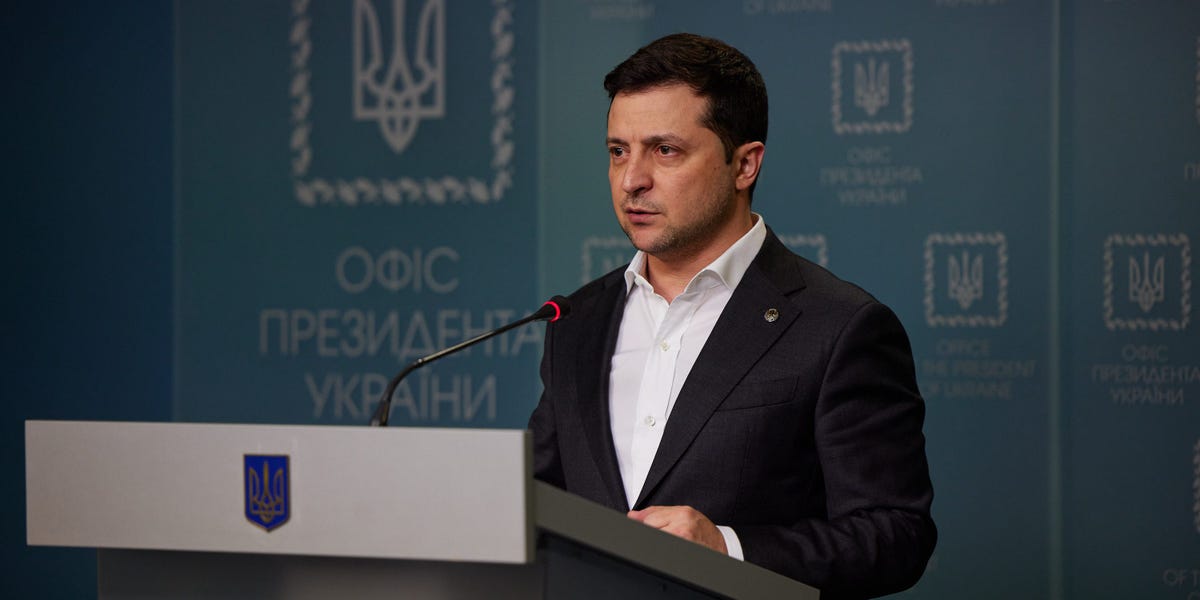 Zelensky Slams Powerful Countries for ‘Watching From Afar’ in Speech


In a Friday morning speech, Ukrainian President Volodymyr Zelensky rallied his countrymen to strengthen their resolve in fighting against Russian forces invading their country, while making an appeal to Russians to continue protesting against the attack.

“Stop the enemy wherever you see it,” he said to Ukrainians. “The fate of Ukraine depends only on Ukrainians. No one but ourselves will control our lives. We are on our land, the truth is on our side. It will not be possible to destroy our character.”

Zelensky’s speech is his second address since Putin authorized a full-scale attack on Ukraine early Thursday morning. In the hours that followed Putin’s speech, explosions were seen and heard in cities around Ukraine. Ukrainian officials have reported fighting on its borders with Russia and dozens of casualties. The US and the EU have pledged to impose sanctions on Russia in response.

Zelensky said on Friday these actions did not deter Russia, adding that it is up to Ukrainians themselves to defend their country.

“This morning we are defending our state alone, as we did yesterday,” he said. “The world’s most powerful forces are watching from afar.”

Zelensky on Thursday mandated a general military mobilization across the country. Ukraine has also banned all male citizens ages 18-60 from leaving the country, according to CNN.

His Friday speech came just hours after missiles were launched on Kyiv, the capital of Ukraine. In his address, Zelensky compared Friday’s bombardment to when Nazi Germany attacked Kyiv in 1941.

“Tonight they started bombing residential areas of the hero city of Kyiv. It all reminds me of 1941,” he said.

Even as Zelensky appealed to Ukrainians to fight enemy forces, he also stressed the need for dialogue.

“Russia will still have to talk to us sooner or later. Talk about how to end the fighting and stop this invasion. The sooner the conversation begins, the smaller Russia’s losses will be,” he said.

Russia’s invasion sparked massive protests back home, as thousands gathered across several cities, chanting and holding signs to object to Russia’s offensive in Ukraine. The Russian government has warned that protestors may be arrested, with one report indicating that hundreds of protestors across multiple Russian cities have already been detained.

Zelensky on Friday appealed to Russian protestors to continue voicing their opposition. “To all the citizens of the Russian Federation who come out to protest, I want to say — we see you,” he said.

Russia invades Ukraine, gold jumps to highest in more than a year