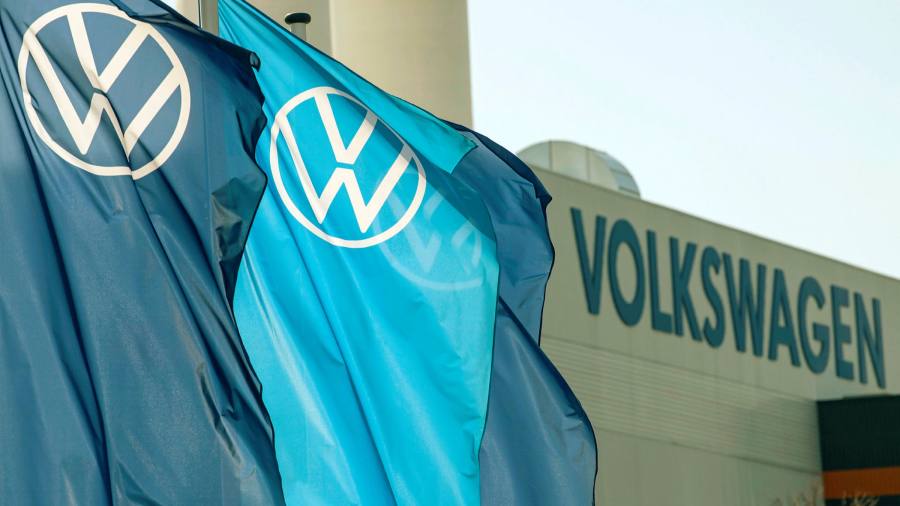 
Volkswagen has been forced to idle two of its German plants after failing to obtain parts from Ukraine, in the clearest sign yet that Russia’s invasion of its neighbour is disrupting the European car industry’s supply chains.

The carmaker’s Zwickau plant in east Germany will be idle for four days from next week, and the nearby Dresden plant will be closed for three days, a spokesman confirmed, adding it was impossible to say how long the shutdowns would last.

VW has been unable to secure electrical wires from manufacturers in Ukraine, according to people familiar with the matter, and realised late on Thursday that it would have to cut back production. VW declined to name the supplier.

On Friday evening, VW said its global network “includes a number of suppliers in western Ukraine” and may experience “disruptions in the supply chain”.

It is “reviewing alternatives” to its Ukrainian suppliers.

Wiring harnesses, electric cabling inside the car, are a specialism of Ukraine and are also made in north Africa.

Most Ukrainian factories, which had contingency plans in place earlier this week for an invasion, have shut. Bosch, which has 350 staff in the country and a factory supplying local garages, said it was looking at “measure to support and protect” its workers.

VW’s closures will lead to roughly 1,200 fewer cars being produced every day, and will particularly affect the manufacturing of VW’s electric ID models, made in Zwickau. Demand for the vehicles has been so high that VW’s own staff have been asked to drive petrol models for the moment to increase the available supply of battery-powered vehicles.

Earlier on Friday, Volkswagen chief executive Herbert Diess said it was “too early to assess the impact” of the war in Ukraine on VW’s business. VW had already offered to fly Ukraine-based staff out of the country a few weeks ago, he added.

As of Friday evening, Mercedes-Benz, Ford, Renault, Toyota and Jaguar Land Rover all also said they were so far unaffected by stoppages in the country.

Mercedes said it was “monitoring the situation closely since it is still early to assess the full impact of this escalation on our business”.

General Motors, which does not operate in Europe, told the FT on Thursday it had “limited supply chain exposure” to Ukraine.

Although Russia and Ukraine are small markets for Volkswagen, which sold 9m cars globally in 2021, both countries provide raw materials and components that are crucial to the industry’s supply chain. One large car manufacturer told the Financial Times its employees were trying to work out whether rail deliveries that come via Russia would be disrupted.

The temporary closure of VW’s factories echoes a similar move taken by the carmaker towards the end of 2020, caused by a shortage of semiconductors. The bottlenecks soon escalated into a serious crisis, leading to millions fewer vehicles being produced across the industry in 2021. Shifts at some VW plants are still cancelled because of a lack of chips.

Retails Gets Back On Track Following Geopolitical Sell-Off