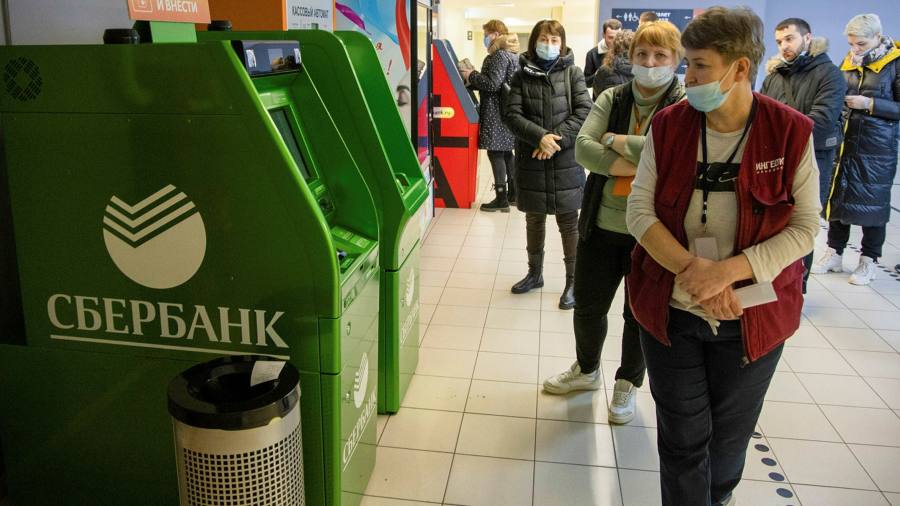 
Joe Biden has significantly ratcheted up pressure on Russia’s economy by cutting off the country’s biggest bank, Sberbank, from the US financial system.

Sberbank accounts for close to a third of Russia’s banking sector. The lender and four other financial institutions that the US targeted on Thursday oversee about $1tn in assets in total.

The sanctions, imposed in response to Russia’s invasion of Ukraine, restrict Sberbank’s access to US dollar transactions. The US also froze assets at four other Russian banks including its second-biggest lender, VTB, as well as three midsize players, Bank Otkritie, Sovcombank OJSC and Novikombank.

But the US stopped short of imposing such harsh restrictions on Gazprombank, Russia’s third-largest bank. The state-controlled lender is the main conduit for foreign payments for oil and gas.

Cutting off Gazprombank from dealing in US dollars would have had significant repercussions for Europe, which relies on Russia for 40 per cent of its natural gas supply and 26 per cent of oil.

Although Russian banks remained on the Swift messaging system, Biden said there was still the option of cutting them from the global payments initiative that lies at the centre of global trade and facilitates trillions of dollars worth of transactions a day.

World leaders are divided over whether to cut Russia from Swift, which would deliver a heavy blow to its banks and its ability to trade beyond its borders.

Boris Johnson, the UK prime minister, has pushed “very hard” for such a move, although he has faced resistance from Olaf Scholz, the German chancellor, according to officials in both governments.

“These sanctions will have a significant impact on Russia’s overall economy, and average Russians will feel the cost,” said Clay Lowery, executive vice-president for the Institute of International Finance.

“These sanctions target Russia’s domestic financial system, causing bank runs and forcing Russia’s central bank to continue hiking rates. As a result, we are likely to see negative growth in an economy that has already been hindered by increasing isolationism.”

Earlier on Thursday, Johnson added Russia’s second-biggest bank, VTB, to Britain’s sanctions list but stopped short of including Sberbank. VTB accounts for 16.4 per cent of Russia’s banking assets, compared with Sberbank’s 32.6 per cent. 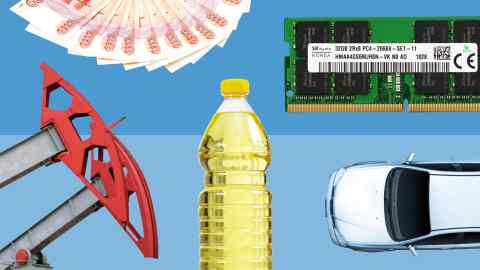 “Sanctioning other retail banks like VTB and Sberbank will cause significant havoc but ordinary Russian citizens will also pay the price,” said Paul Feldberg, a partner in the investigations, compliance and defence group at law firm Jenner & Block.

One in two Russians has an account at Sberbank. Cutting the bank’s access to dollar transactions will have a severe impact on the Russian economy’s ability to do business outside its borders.

More than half of Russian exports are denominated in US dollars, down from 80 per cent at the end of 2013. That is equivalent to $300bn, or 19 per cent of gross domestic product, according to Fitch.

Sberbank’s share price dropped more than 50 per cent on Thursday as the market expected Russia’s economy to suffer following its invasion of Ukraine and for the west to consider sanctions against its biggest banks.

Sberbank said on Thursday night that its systems and offices were working as normal and that clients’ funds were wholly available to them.

“Sberbank is closely studying new working conditions amid the sanctions related to correspondent accounts. The adopted restrictions do not affect the safety and availability of client funds,” it said.

“Sberbank has all necessary resources, managerial experience and expertise for operating in the current environment.”

$500K In Bitcoin Donations Flow To Ukraine As Russia Invades