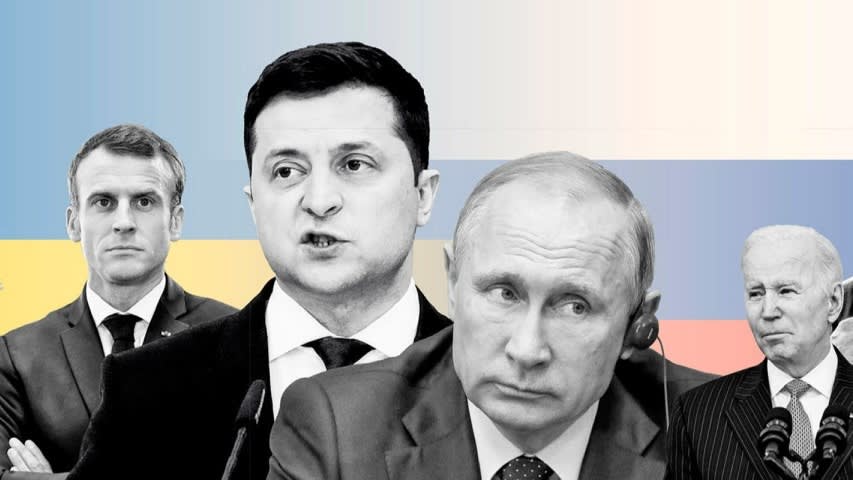 
The leader of Donetsk, one of the breakaway regions in eastern Ukraine, has denied that any Russian troops have arrived there as tensions mount around the border.

“There are no Russian troops here,” Denis Pushilin said on Wednesday, adding that it is still possible for them to come.

“When and under what circumstances, the situation will tell,” he told a news conference. “It depends on how the situation evolves from the Ukrainian side.”

Mobilisation in the region is aimed at maintaining peace, not war, Pushilin said.

“A peaceful regulation requires dialogue,” he added. “So far . . . we simply have no one to talk to.”

The regions have signed agreements with Moscow that allow them to call for military help from Russia in the case of a “full-scale attack” from Ukraine, he said.

“We know the arms Ukraine has and, based on that, we build our resistance front,” he said. “We maintain the right to address Russia for help.”

Andrey Turchak, first deputy chair of Russia’s Federation Council, or the upper house of parliament, doubts a dialogue is possible.

“We exist in principally different hemispheres,” Turchak said on Wednesday. “For them, Donbas is land; for us, it’s people. We will never agree here,” he said, referring to the eastern Ukrainian region that includes part of Donetsk and Luhansk that proclaimed independence in 2014 after Russia annexed Crimea. The regions are culturally close to Russia and its people speak Russian.

Russia’s president Vladimir Putin has endorsed the claims of Russia-backed separatists to the entire Donbas region of eastern Ukraine. The rebels control about a third of what is a vital industrial region.

Pushilin said it is too early to talk about reaching the border of the region. “We’re not at this stage yet. We’re at the stage when the enemy’s troops are on the contact line and could go on the offensive at any time.”