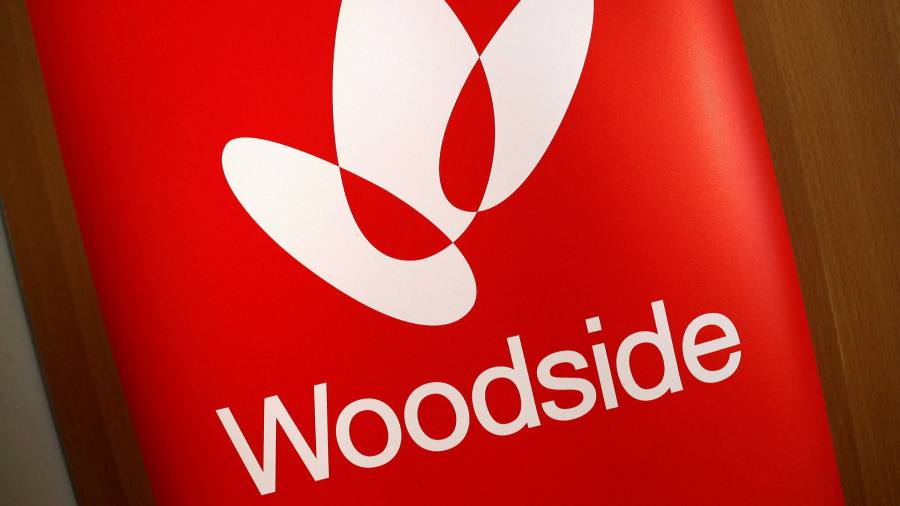 Woodside turns to natural gas to mop up its oil business

Russia-Ukraine remains the focus of international energy markets. Diplomatic efforts to avert a full-scale war were enough yesterday to keep a stronger oil price rally at bay — until Vladimir Putin delivered a speech in which he recognised the autonomy of Moscow-backed breakaway regions in eastern Ukraine, a move that could hobble prospects for a negotiated resolution. Western leaders condemned Putin’s announcement.

As he spoke, oil soared. Brent, the international benchmark, was up 3 per cent to $96.35 a barrel in late trading in New York yesterday, while WTI was up to almost $94/b. The odds of $100 oil are suddenly very short indeed.

But oil prices are just one energy element now in the balance. If Russia invades, sanctions on Moscow will follow — and western energy companies will be affected. Russian retaliation would threaten gas supplies to Europe too, believe some politicians.

Our first note today, from Australia, is on Woodside Petroleum — a new entrant to the US oil and gas upstream that thinks it has found a fossil fuel pitch that will remain attractive to environmentally conscious investors.

Our second picks out the five biggest claims from Shell’s new liquefied natural gas outlook. Spoiler alert: one of the biggest LNG producers in the world is bullish about long-term LNG demand.

Data Drill is a reminder of what’s at stake in Europe right now. Despite decades of rhetoric about diversifying energy supplies and decarbonisation, the continent remains heavily dependent on fossil fuels. It’s not a position of strength in a geopolitical showdown with your most important oil and gas supplier.

Does having an LNG business make your oil less bad?

Australian liquefied natural gas company Woodside Petroleum is poised to become a big player in the US oil market, with the planned acquisition of BHP’s oil and gas business mid-year. And Woodside CEO Meg O’Neill tells ES she believes the company will give local shale producers a run for their money.

She gives three reasons for this. First, she says because none of the company’s US oil assets are in shale or other unconventional projects, they will avoid what she calls the “ongoing capital treadmill risk of being in the unconventional” sector. Second, she thinks investors will like the diverse geographical footprint the company will have, spanning Australia, the Gulf of Mexico, Canada and Algeria.

But the third reason is perhaps the most interesting. She argues that because 70 per cent of Woodside’s business will be gas and only 30 per cent the more carbon-intensive oil, the overall carbon emissions intensity of the company will be much lower than companies that specialise in oil.

Woodside, which is listed on the Australian Securities Exchange, is planning a secondary listing on the New York Stock Exchange and O’Neill believes the company will be an “attractive” proposition for US investors looking both for exposure to oil and gas stocks, but also looking to keep their emissions profile as low as possible.

But what do investors actually think? Ed John, head of government and engagement at the Australian Council of Superannuation Investors — a firm that advises big pension funds on ESG matters — says while carbon intensity can be a “useful” metric, the most important measure is absolute emissions and a clear transition plan. “Investors are increasingly keen to see the detailed analysis that supports these claims,” he adds.

By absolute emissions, Woodside, which remains mostly a pure play oil and gas producer, may not stack up so well against oil companies that are moving more aggressively moving into renewables and hydrogen.

Kristian Fok, the chief investment officer of the A$65bn Australian pension fund Cbus, tells ES that what’s needed is a clear “taxonomy” of what counts as a green investment — and that’s a long way from being completed in most countries (with the EU being an exception). In Australia, investors are crying out for such a taxonomy, but the government has shown little interest in legislating one.

Until that happens, there’s a slight feeling companies are making it up as they go along.

Woodside may well point to a recent BloombergNEF report, which rated it higher than a number of oil majors on its readiness for the energy transition, in part because shareholders and governments in the jurisdictions where it drills (often state rather than federal governments) are demanding Woodside take the transition seriously. The company is also constantly hounded by Australian activist groups, who have become expert at using tools like shareholder resolutions to mobilise big investors and force change.

Whether Woodside can in fact persuade US investors it is a greener alternative to pure-play oil companies remains to be seen. But the fact O’Neill is thinking about it shows that, as oil and gas producers fight over a dwindling pool of willing capital, such considerations must be front of mind. (James Fernyhough)

Shell’s new liquefied natural gas outlook is out. Its big conclusions mark a big shift in mood from the gloom that was settling over the LNG business a couple of years ago, when the question was whether the fossil fuel could possibly have a future in an energy transition. Here are five takeaways.

You might think that commitments to zero carbon emissions are bad news for LNG — natural gas is a fossil fuel that emits lots of CO2 in combustion. But Shell says 98 per cent of imports are now made into countries with net zero emissions ambitions. Replacing coal with natural gas is the main reason for this, even though natural gas’ emissions will also have to eliminated to meet net zero goals. Evidently, those solutions will wait for later.

2. LNG is making inroads into shipping

Shell says 30 per cent of new vessel orders are now for LNG-fuelled ships. The LNG fleet is currently 251 strong, but another 403 will be on the water by the end of the decade. More than a quarter of container ships on order will be fuelled with LNG.

3. Asia will remain the big driver of LNG demand growth

Europe’s energy needs are dominating the LNG market at present. But Asian consumers will continue to drive demand in the next two decades, says Shell, as the continent sucks in imports to replace declining local production.

5. Rising demand and lower investment in LNG will tighten the global market by mid-decade

Shell reckons that global upstream capital spending by 2025 will be 25 per cent lower than pre-pandemic expectations. In tandem with Asia’s soaring demand for LNG, this will create a supply gap within three years.

Brussels has worked gradually over the years to reduce its fossil fuel dependence. In 2010, three-quarters of the bloc’s energy supply was fossil fuel, according to Eurostat. Estonia and Denmark saw the largest declines in the past decade, with the shares of fossil fuels falling over 20 per cent.

As gas, hydro, and wind generation fell in the past year, Brussels has turned to dirtier sources like coal to fill the gap. Coal generation jumped 18 per cent last year, the first increase in almost a decade according to Rystad Energy. If tensions persist, the firm expects coal generation to jump another 11 per cent.

The EU raised its renewable energy goals last summer as part of its “Fit for 55” package, with plans to make renewables 40 per cent of its energy mix by 2030. All EU member states except France achieved their renewable energy targets in 2020. (Amanda Chu)