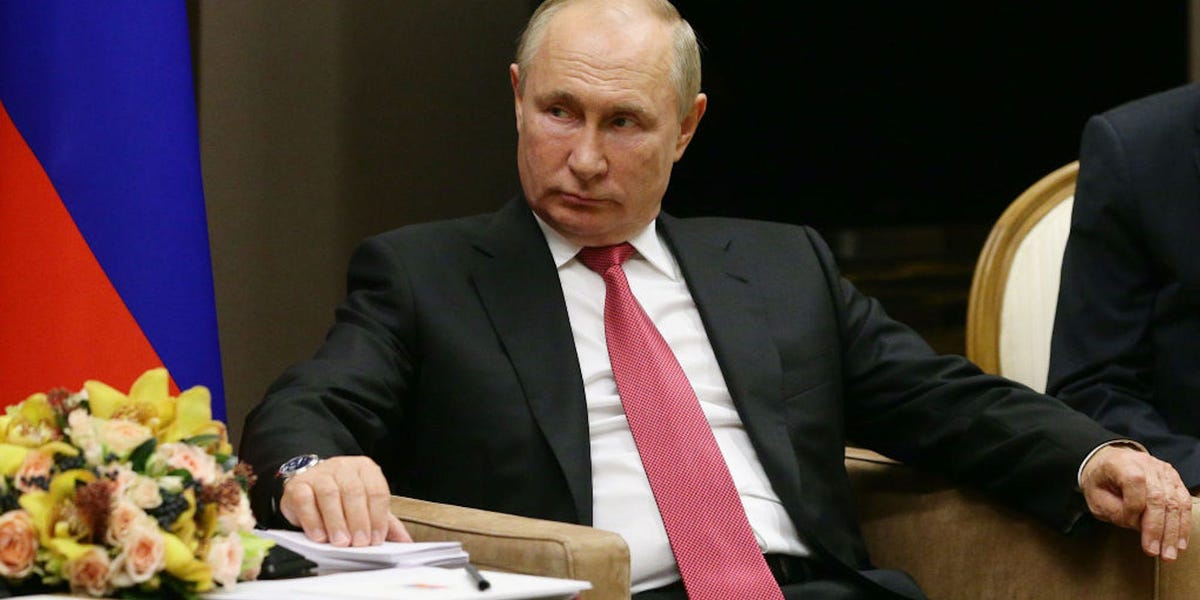 
Russian President Vladimir Putin on Tuesday denied wanting to rebuild the Russian empire after he said Ukraine is not a real country and he sent troops there.

Russian news agency TASS reported that Putin on Tuesday pushed back on speculation that Russia wants to re-establish its empire.

It came the day after Putin announced Russia’s advance into Ukraine, and attacked its status as a separate nation.

Putin said in a Monday speech: “Ukraine has never had its own authentic statehood. There has never been a sustainable statehood in Ukraine.”

He argued that Ukraine was a creation of the Soviet Union under Vladimir Lenin, its first leader, despite extensive evidence of a distinctive Ukrainian culture before that.

Putin also made a claim that Ukraine was a part of Russia’s historic territory.

He said in his speech: “Let me emphasize once again that Ukraine for us is not just a neighboring country. It is an integral part of our own history, culture, spiritual space.

“These are our comrades, relatives, among whom are not only colleagues, friends, former colleagues, but also relatives, people connected with us by blood, family ties.”

Russia was at the center of a vast empire from the 1700s, encompassing regions far beyond its present-day borders, including Ukraine.

Those areas mostly remained under Moscow’s control after the formation of the Soviet Union, but many, including Ukraine, became independent states in the 1990s as the Soviet Union collapsed.

Putin also ordered troops there for what he called”peacekeeping” missions. The move was internationally condemned, and the UK, US, and EU were on Tuesday readying sanctions.

Woodside turns to natural gas to mop up its oil business