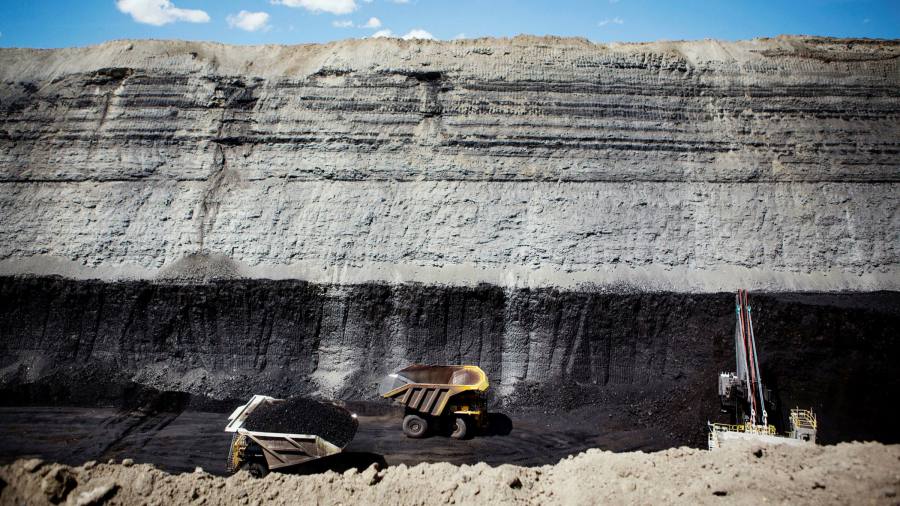 
For a sector written off as in terminal decline, the US coal industry is raking in money.

Over the past week America’s biggest coal mining companies have enjoyed profit bonanzas, notching up some of their best results in decades as they enjoy resurgent demand and soaring prices.

“These are prices that we’ve never seen, frankly, in 20-plus years,” Paul Lang, Arch’s chief executive, told investors on Tuesday. “It’s an amazing position to be in.”

The bumper results have given a jolt to an industry undergoing slow-motion contraction. Annual US coal use has halved from a peak of more than 1bn short tonnes more than a decade ago. About 90 per cent of the country’s coal production feeds power plants, and competition from cheap natural gas and renewable energy has sidelined coal-fired generating units.

Yet last year those conditions partially reversed as gas prices swung higher. Coal stockpiles became depleted, spurring mines to catch up. The US Energy Information Administration recently forecast that coal production would rise this year and next year.

“This is a phenomenon that we’re seeing across pretty much every energy commodity where we’ve had this whipsaw of demand from the pandemic lows,” said Dan Klein, head of future energy pathways at S&P Global Platts. “And supply is usually slow to calibrate to that.”

Volumes of coal burnt in power stations jumped an estimated 20 per cent last year to 503mn short tonnes, the first annual rise in coal generation since 2014, according to the EIA. This helped drive energy-related carbon emissions up more than 6 per cent in 2021. Coal emits roughly double the carbon dioxide of natural gas when burnt.

The trend mirrors the international picture, with global power generation from coal jumping 9 per cent last year to an all-time high — a trend Fatih Birol, director of the International Energy Agency, said was a “worrying sign of how far off track the world is” in its efforts to combat climate change. Joe Biden, US president, is seeking to end carbon emissions from the power sector by 2035.

Peabody’s share price is eight times its level at the beginning of last year. It reported net income of $513mn in the final three months of 2021, up from a loss of $129mn a year before, while Arch swung from a loss to a profit of $227mn. Both companies’ operations include massive mines in Wyoming’s Powder River Basin. Alliance Resource Partners, with mines in Appalachia and the Illinois Basin of the US Midwest, said net income jumped by almost half to $52mn.

But the respite will be shortlived, say analysts, as America’s power generators continue to turn their back on the dirtiest fossil fuel and the industry’s structural decline accelerates.

Analysts at the Institute for Energy Economics and Financial Analysis, a research group, estimate about 94 gigawatts of coal-fired power capacity — roughly half of the US fleet — will be shut between 2021 and 2030.

In the past two weeks, two of the biggest US electric utilities — Duke Energy and Georgia Power, part of Southern Company — have announced plans to phase out their coal generation by 2035.

“The driver for that is really our customers. Our customers have told us — and continue to tell us — they want their energy from cleaner resources. So those views of the customers translate really to policymakers and investors,” Repko said.

Renewable portfolio standards imposed by states are also forcing utilities to switch to cleaner forms of generation, even though the Biden administration’s plans to impose a federal clean energy standard fell through.

“Maybe they’ve gotten a reprieve for a year or two here with coal prices being up as much as they are, but they’re going to be very shortly facing that kind of brutal economics once again as coal demand drops,” said Seth Feaster, an analyst at the IEEFA.

Some producers, such as Arch, Alliance and Pennsylvania-based Consol Energy, have sought to pivot over the past decade into metallurgical coal, which is used to make steel, or increase exports of thermal coal to serve the growing Asian market. But the US is among the highest-cost producers globally, making it difficult to compete abroad.

Arch said in its annual report filed on Wednesday that it was “managing the long-term wind-down of its legacy thermal assets”. While 90 per cent of its sales volumes were thermal coal, more than half of its revenue came from metallurgical coal owing to its higher price.