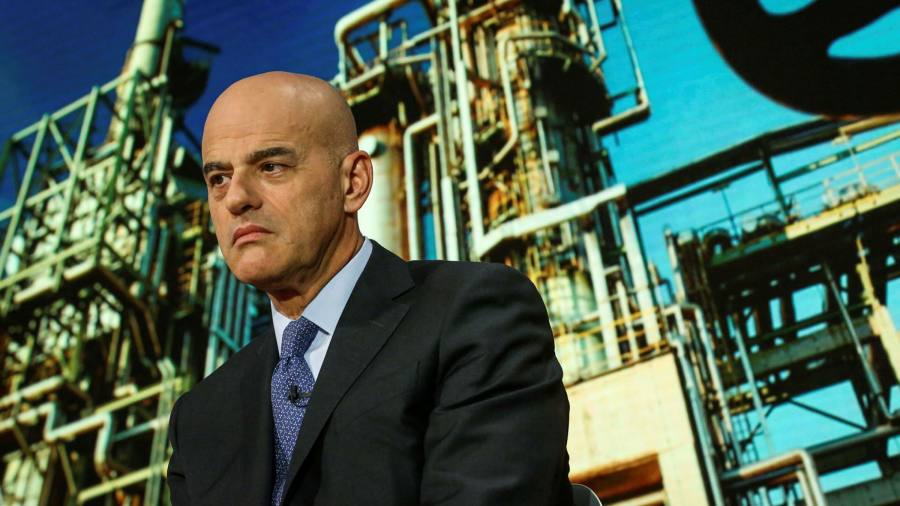 
Natural gas markets will remain tight for at least the next four years, Eni’s chief executive has said, as the Italian energy major reported its highest annual profits since 2012 thanks to soaring prices.

European gas prices are at record levels and oil at a seven-year high as supply has struggled to keep pace with resurgent demand.

Eni boss Claudio Descalzi said the imbalance predated the pandemic and was a result of falling investment in oil and gas production since 2015.

“I don’t think the situation can change drastically because most of the major companies are engaged in the transformation, in climate change action,” he said.

As a result, he expected the oil market to remain “structurally undersupplied” for at least another two years, and the gas market for the next four to five years, until a planned major expansion of liquefied natural gas production in Qatar is completed around 2026.

These market dynamics helped Eni rebound from a loss in 2020 to record adjusted net profits of €4.7bn in 2021, the highest in eight years. Profits for the past three months of 2021 were €2.1bn, up from €1.4bn in the third quarter, beating company-compiled average analysts’ estimates of €1.9bn.

“As with peers these are Eni’s best annual results in a decade,” said Oswald Clint, an analyst at Bernstein.

Eni was the last of the western energy majors to report earnings but unlike its rivals, all of which have reported bumper profits, it did not announce further share buybacks. It confirmed a divided of €0.86 for 2021. Any changes to the dividend or buyback programme would be announced in March, Descalzi said.

Eni shares rose about 1 per cent in morning trading on Friday in Milan.

Like its peers, Eni is at the start of a major restructuring, but has been more willing than other supermajors to consider hiving off parts of the company in preparation for the energy transition.

It listed a stake in Vaar Energi, its Norwegian upstream oil and gas joint venture, this year and is preparing an initial public offering later this year of Plenitude, its retail, renewables and mobility business.

Plenitude’s earnings before interest tax depreciation and amortisation increased 25 per cent year on year to €0.6bn in 2021.

Eni, which will retain a majority stake in the business, says floating Plenitude will help it to access cheaper funding and grow faster.

Most of Eni’s competitors, including Shell and BP, have argued they will be better able to succeed in the energy transition as integrated companies.

Spinning off Plenitude, and possibly other divisions in the future, while retaining majority stakes, will enable Eni to create “more agile vehicles” with dedicated management teams and still benefit from the growth of those businesses, Descalzi said.

“When you face a transition, most of the time you have to change your model, your industrial model, your financial model,” he said. “It makes a huge difference if you keep something in the big body of the oil gas company that has a different kind of culture.”