Communication and entertainment services giant AT&T (NYSE:) is widely known as a reliable retirement stock since it has historically offered some of the most consistent dividend payouts in the market. Currently, the Dallas, Texas-based company provides shareholders an almost 8% dividend yield, one of the highest payouts among blue-chip companies.

However, juicy yields could be masking the fact that the communications behemoth is in the middle of a deep restructuring process, as the company aims to spin off media operations and focus on its core telecom business. While that strategy seems attractive in the long run, investors appear to remain skeptical about the company’s near-term outlook. 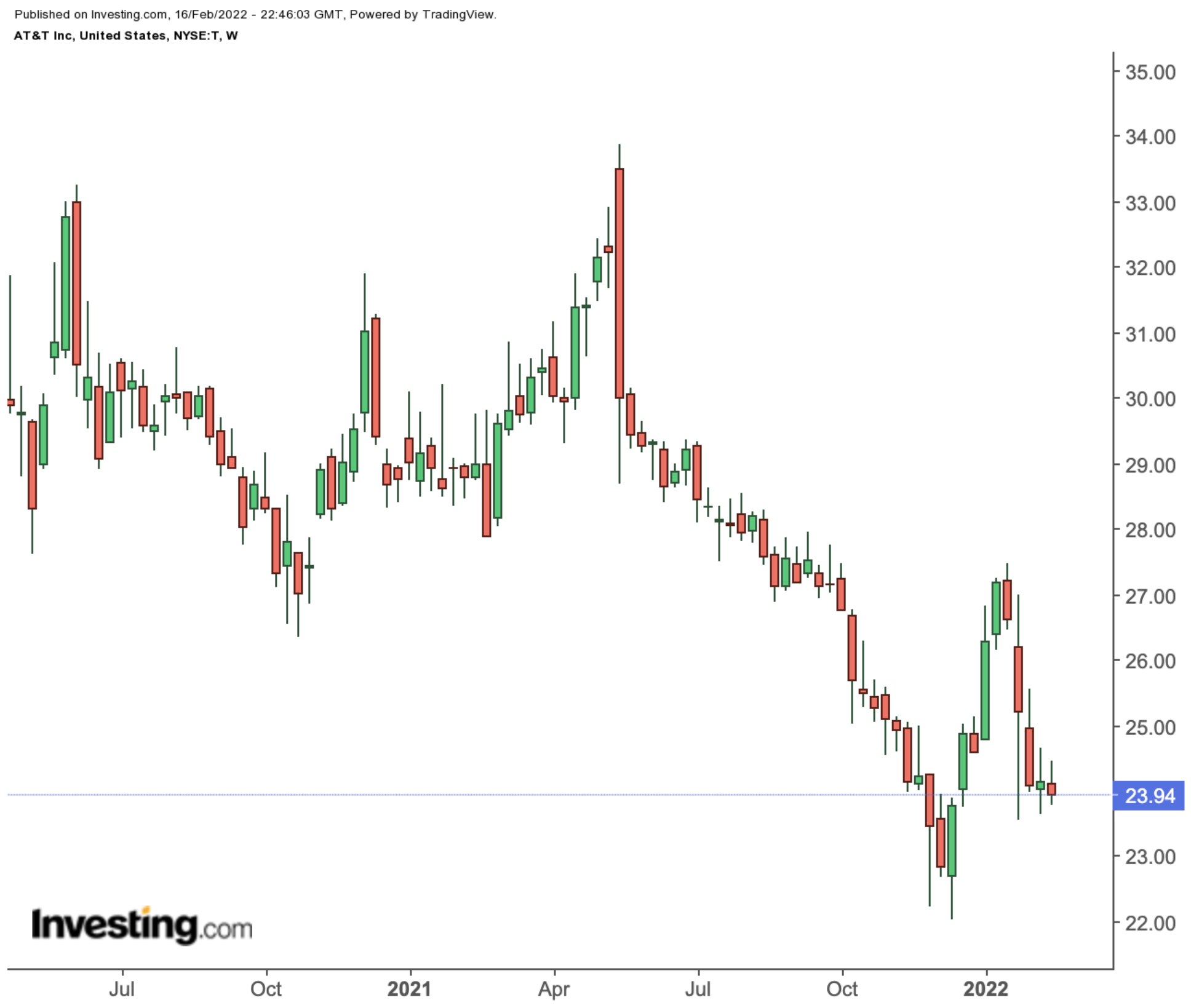 Over the past two years, AT&T vastly underperformed the benchmark , losing about one-third of its value. The stock lost another 1.60% on Wednesday, closing at $23.94.

The persistent downward trend for T shares has caused its dividend yield to balloon. For savvy investors, that alone should signal that markets don’t expect smooth sailing for the company—even after it completes its restructuring, which is scheduled to end later this year.

Recent evidence supporting this pessimism came early in February when the company told investors it plans to cut its dividend payout by about half following the spinoff of its WarnerMedia business to Discovery (NASDAQ:) in the second half of the year.

According to the announcement, AT&T will lower its dividend payout ratio to about 40% of cash flow, translating to about $1.11 a share, or $8 billion annually. Before the deal, AT&T’s dividend was $2.08 a share, or about $15 billion.

Combining AT&T’s WarnerMedia assets with Discovery should give the new entity an impressive profile. The new company will hold a solid portfolio of movie studios, with the HBO brand and films as well as live broadcasts of sports under its umbrella.

That content strength is big enough to compete with other entertainment giants, namely Netflix (NASDAQ:) and Disney’s (NYSE:) Disney+ service.

However, that new structure will also diminish AT&T’s appeal as a reliable dividend stock for fixed income focused investors.

According to CEO John Stankey, AT&T’s new focus will be on growth and improving its financial standing. Stankey told CNBC in a recent interview:

“I’d much rather be pouring some of that cash back into the infrastructure of this business to [generate] returns at a higher level than what we payout on the dividend. So it’s time to make that transition for this company.”

The company’s new direction has also created a division among the analyst community, with some seeing value once the company frees up more resources to invest in the wireless business.

According to the InvestingPro model, T stock’s fair value is $36.26 a share, which represents a 51.5% jump from current prices. 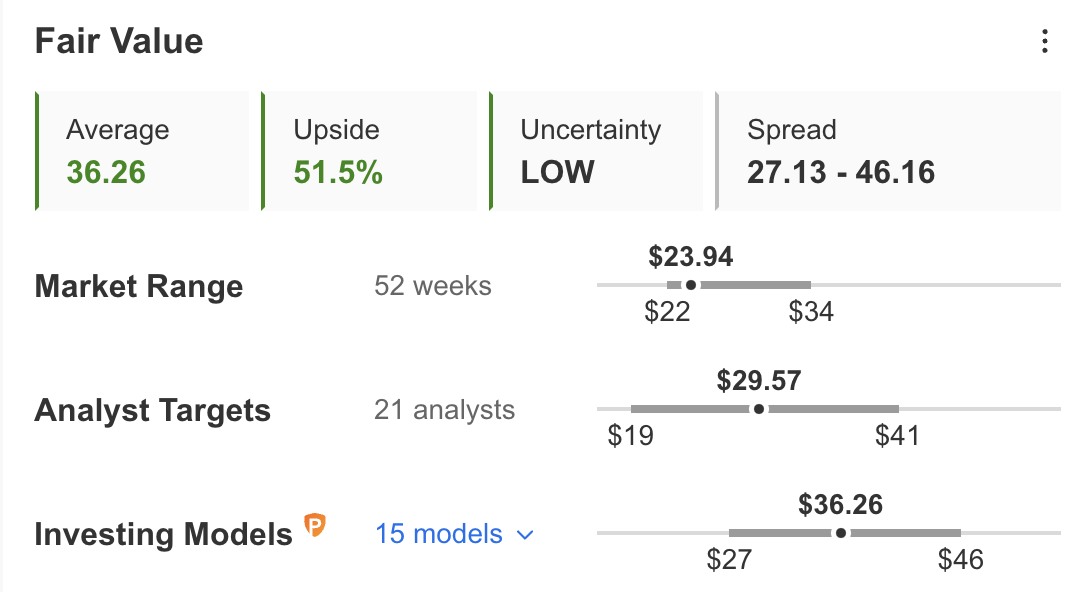 Moreover, in an Investing.com poll of 31 analysts, more than half have a neutral rating the stock, while 11 consider it a buy. 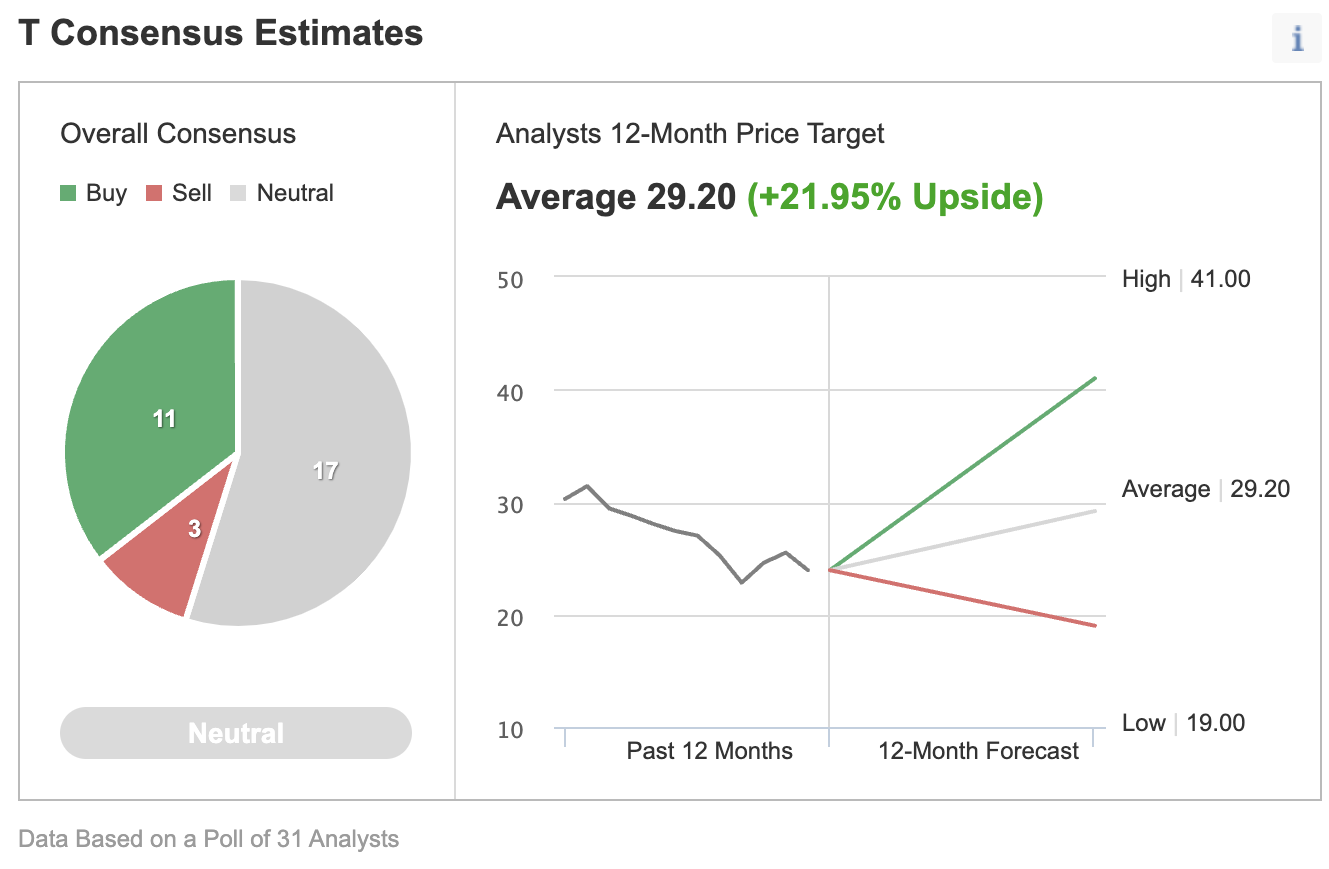 AT&T is in the middle of a deep restructuring process, aiming to unlock long-term value for shareholders. The new structure will likely cause a shift in management focus to a growth-focused mentality, centering operations on its core telecom business and trimming its massive debt load.

However, that perspective also signals that AT&T will probably not be as generous in paying out dividends as it once was.

Bonus season 2022 survey: will you invest, save or spend?