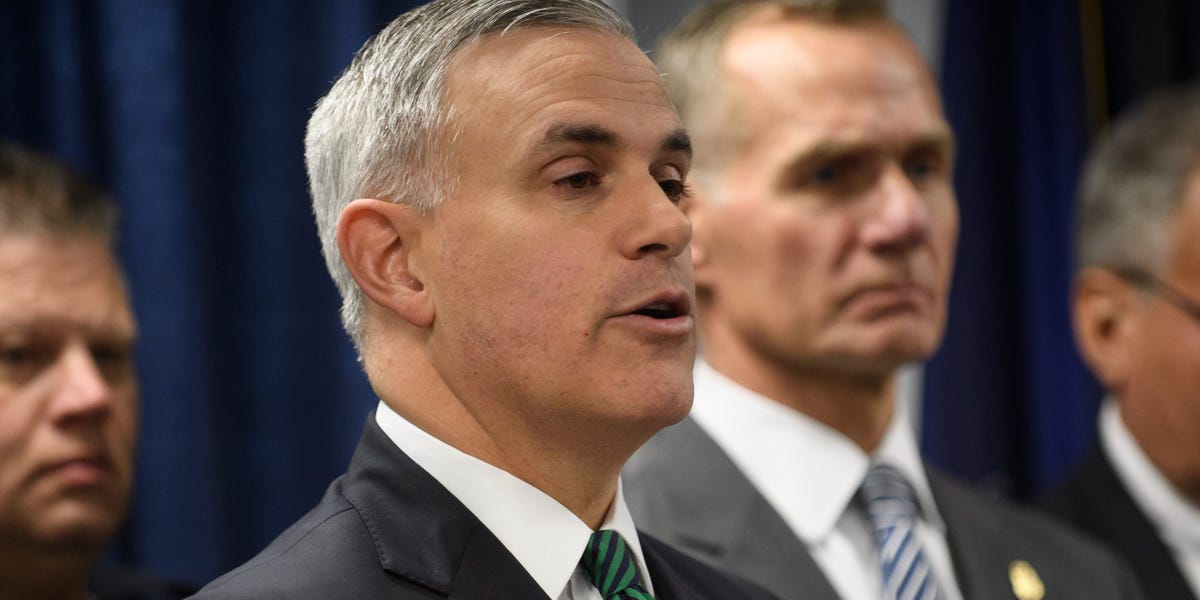 
The Justice Department’s internal watchdog on Thursday faulted a Trump-era US attorney for inappropriately impugning the character of an assistant US attorney colleague who had voiced concerns about 2020 election fraud investigations.

In a brief report, the Justice Department inspector general said the US attorney, whom the report did not reference by name, used “poor judgment” at a November 18, 2020, press conference. There, the US attorney mentioned the colleague’s spouse in a personal attack that “sought to undermine the [assistant US attorney’s] professional reputation.”

The attack came in response to the assistant US attorney joining in a letter that urged then-Attorney General William Barr to rescind a memo that, in a break from Justice Department policy, authorized voting fraud investigations before election results were certified.

While the inspector general report did not name the US attorney, it appears to address Scott Brady, a Trump appointee whom the Senate confirmed in 2017 as the top federal prosecutor in Pittsburgh.

At the November press conference, Brady declined to comment on whether he was investigating any claims of widespread voting fraud, according to a video recorded by a reporter for Fox 5 News.

“I can’t comment on any existing investigations,” Brady said. “To the second [question], one of our two district election officers, who was married to the former chief of staff of [Attorneys General] Eric Holder and Loretta Lynch, did sign onto that unbeknownst to anyone in leadership before he signed onto that and did not talk about that with his fellow district election officer, who’s also our ethics advisor.”

Brady, now a partner at the law firm Jones Day, did not respond to a request for comment.

By noting that the assistant US attorney’s wife had worked in the Obama administration, Brady inappropriately suggested that “partisan political considerations” motivated his participation in the letter, the inspector general report stated.

The report added that Brady had wrongly implied that the prosecutor’s participation in the letter was unethical.

Two days before the press conference, the Justice Department issued guidance to Brady and other US attorneys informing them that the letter from career prosecutors likely constituted legally protected speech. The guidance advised US attorneys to avoid negative comments or tone about the letter that could be construed as retaliatory, according to the inspector general report.

The inspector general found that Brady’s “intentionally derogatory public remarks about an [assistant US attorney] in the US Attorney’s office was contrary to [Executive Office of United States Attorneys’] guidance, constituted poor judgment, was unbecoming of a US Attorney or any DOJ leader, and reflected poorly on DOJ.”

But the Justice Department lacks standards of conduct that were applicable to the situation, the inspector general added, meaning the remarks did not constitute a violation of any rule, policy, or guideline.