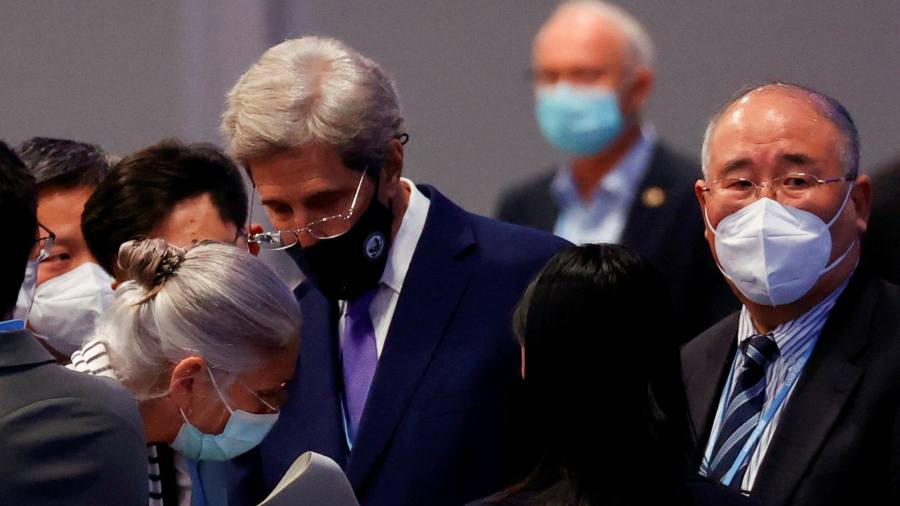 
Governments worldwide are spending at least $1.8tn a year on subsidies in support of heavily polluting industries led by coal, oil, gas and agriculture, according to new research, despite their commitment to climate change targets.

Koplow, who has advised governments on subsidies, and Steenblik, who worked at the OECD on the issue, identified subsidies that they assessed had a negative impact across eight sectors, including building, transport and fishing.

The biggest beneficiary of the handouts was the fossil fuel industry, which enjoyed $640bn a year, while the agricultural and forestry sectors received $520bn and $155bn, respectively, the research found. Those estimates were likely to be conservative, it noted, since the existence and size of government support was not always reported.

The subsidies persisted in part because of “the power of vested interests”, said the Business for Nature and B Team groups that commissioned the study, a coalition of more than 70 business, industry and non-profit groups.

The findings come just months after global negotiators from almost 200 countries agreed to the “phaseout of inefficient fossil fuel subsidies” at the COP26 UN climate summit, although this pledge did not include a deadline.

Iran, China and India gave out the most in fossil fuel consumption subsidies in 2019, to the tune of $87.9bn, $34bn and $33bn, respectively, according to data from the International Energy Agency.

Meanwhile, Mexico, China and Argentina provided the most direct support to fossil fuel producers, excluding tax breaks, of $11.3bn, $3.9bn and $2.5bn, respectively, according to OECD data. The OECD analysis did not include the support provided by some of the biggest oil and gas producing nations, such as Saudi Arabia, because of issues with data transparency.

Despite pledges by governments to build back “greener” from the pandemic, support packages have continued to assist polluting industries.

Delta Merner, who leads the Union of Concerned Scientists’ Science Hub for Climate Litigation, which connects researchers with lawyers, said fossil fuel subsidies could face legal challenges, on the grounds that they were inconsistent with a country’s net zero target, for example.

“In the last six months there’s been a lot more . . . interest in understanding why we’re subsidising this industry,” she said. “I do expect that to be an area where litigation starts to move forward.”

Since the genesis of subsidies could sometimes be well intentioned, such as protecting consumers from high prices, the overhaul of the schemes would need to ensure that vulnerable societies were not caught out by the reforms, the backers of the study acknowledged.

Paul Polman, the former chief executive of Unilever who has become a campaigner, said the time had come to “stop the self-serving, short-sighted lobbying that perpetuates damaging subsidies”.

More than a decade ago, in 2010, more than 190 nations committed to phasing out or reforming subsidies harmful to biodiversity by 2020.

Humanity had “never lived on a planet with so little biodiversity,” said Christiana Figueres, former executive secretary of the United Nations Framework Convention on Climate Change, who is also founding partner of the B Team. “Harmful subsidies must be redirected towards protecting the climate and nature, rather than financing our own extinction.”