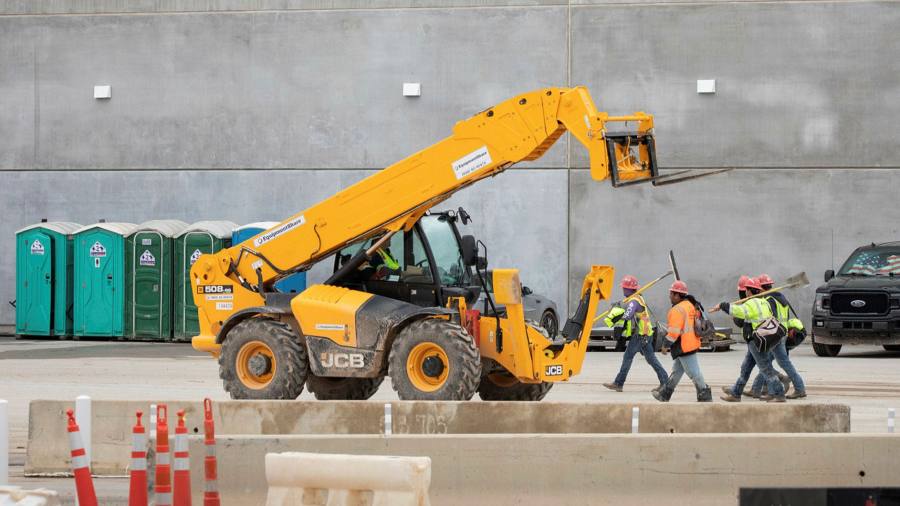 Are the US GDP data missing a capital spending boom?

There is a puzzle buried deep in the US economic data that matters for investors. According to the balance of payments figures, which cover trade and other cross-border transactions, US consumers, businesses and the government collectively spent about $800bn more than they earned in 2021.

However, the national data on saving and investment by sector imply that the gap between income and spending was only about $300bn. That leaves a “statistical discrepancy” of about $500bn, or roughly 2.5 per cent of GDP. This is the largest ever recorded difference between the two measures of the US current account deficit.

There are only three explanations. One is that the balance of payments data are overstating the current account deficit. Alternatively, it could be that national income is being overstated, or domestic spending is being undercounted. While all three are possible, the most likely explanation is that corporate capital spending is being undercounted, perhaps by as much as 15 per cent.

The Bureau of Economic Analysis usually attributes the entire “statistical discrepancy” to difficulties in estimating both US corporate profits after taxes and dividends, or “net saving”, and investment spending. Data on government budgets, household income and spending, exports and imports and foreign investment income are all thought to be less prone to error.

According to the latest official numbers, businesses generated about $1tn in profits after taxes and dividends from their US operations in 2021 — and spent just $420bn on capex, net of depreciation.

As a result, “net lending”, or saving minus investment, by US businesses, which equals their combined contribution to the US current account balance, has ostensibly ballooned from roughly zero before the pandemic to almost $600bn in 2021.

But that would be wildly inconsistent with the balance of payments data, assuming the numbers on household saving and government borrowing are broadly accurate — and they probably are.

The question is whether the implied measurement error is attributable to the profit side of the equation, the investment side, or both.

While BEA’s house view is that the “statistical discrepancy” generally reflects difficulties in counting profits, the government’s current estimates are broadly consistent with what public companies have been reporting to investors. It is possible, but unlikely, that those earnings reports are wrong.

It is even less likely that US businesses’ “net lending” and the current account deficit have both been overstated because the BEA has somehow missed a 50 per cent surge in profit-shifting to foreign jurisdictions. The most plausible explanation is therefore that capital spending before depreciation is being undercounted.

This wouldn’t be the first time that the government has been missing business investment because of methodological limitations. In 1986, the BEA boosted its estimate of the yearly average growth rate of business spending on durable equipment by a whopping 5 percentage points after revising how it measured price changes of computers. The BEA didn’t count purchases of computer software as business investment until 1999.

Similarly, it was not until 2013 that the BEA decided to count R&D spending as investment. In 2018, the BEA concluded that both business investment and profits had been understated because of the way they had been measuring depreciation.

More recently, the economists David Byrne, Carol Corrado and Daniel Sichel have convincingly argued that spending on cloud computing capacity is being improperly classified as business consumption of intermediate inputs, rather than as investment in new fixed assets.

As the business forecaster Jerome Levy recognised more than a century ago, capital spending is the only sustainable source of profits for the economy as a whole because the buyers get assets that depreciate slowly, while sellers get income immediately.