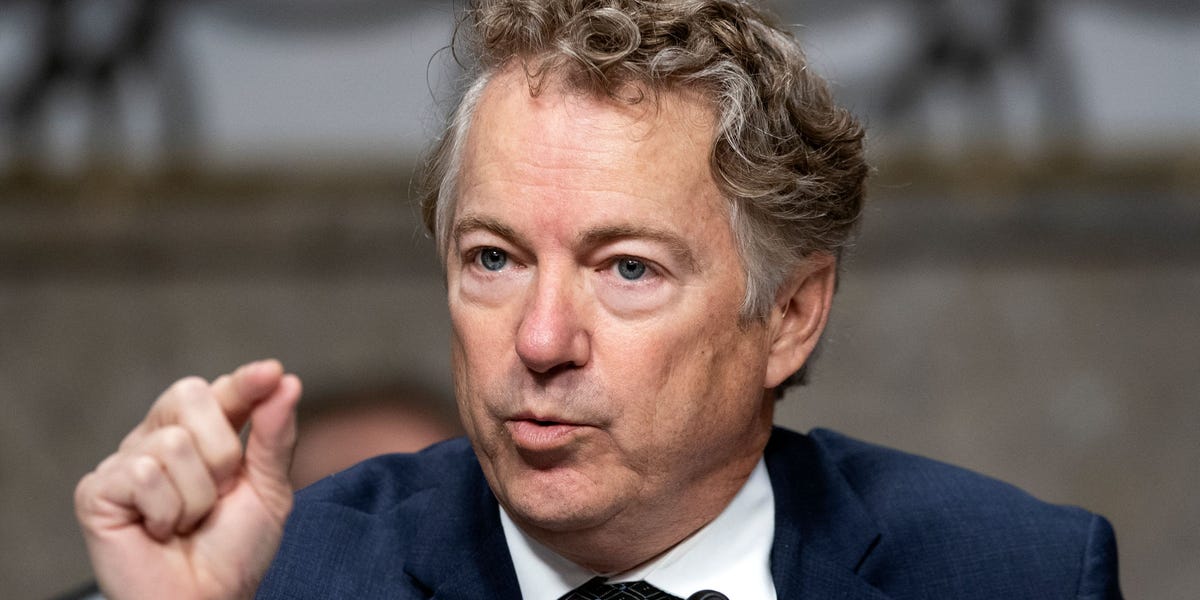 
Sen. Rand Paul said he wants to force a vote on his legislation to end mask mandates on airplanes because he’s tired of being “treated like crap” as a passenger — and he wants to eat his peanuts in peace.

“It’s a joke, it’s theater, and there’s no reason to be wearing them on the planes,” the senator from Kentucky said on Newsmax on Wednesday. “We are just punishing ourselves. And I for one, I’m tired of paying the airlines to be treated like crap when I get on the plane.”

Paul, a physician and senior member of the Senate Health, Education and Labor Committee, said he wants to be treated “like a paying customer.”

“And I want them to bring me at least a glass of water and peanuts and I don’t want somebody jammering at me to put my mask on in between peanuts,” he added.

Airline passengers are required to wear masks in airports and on airlines as a precaution against COVID-19. In July, Paul introduced legislation to prohibit the imposition of mask mandates on public transportation to “put a stop to this nanny state mandate” and saying then that “we’ve already reached herd immunity.”

In March 2020, Paul was the first senator known to have tested positive for COVID-19.

Republicans are fighting efforts to create a “no fly” list for unruly passengers. In a Monday letter to Attorney General Merrick Garland, eight Republican senators wrote that most infractions on airplanes are related to mask mandates and creating a no-fly list for them would “seemingly equate them to terrorists.”

Sara Nelson, president of the Association of Flight Attendants-CWA, said “get serious” in response to the senators.

“We’ve been punched, kicked, spit on, and sexually assaulted,” she said in a statement. “This puts everyone at risk and disrupts the safety of flight, which is never acceptable and every single one of the Senators who signed this letter knows full well what is at stake if we leave a gap in aviation safety and security.”