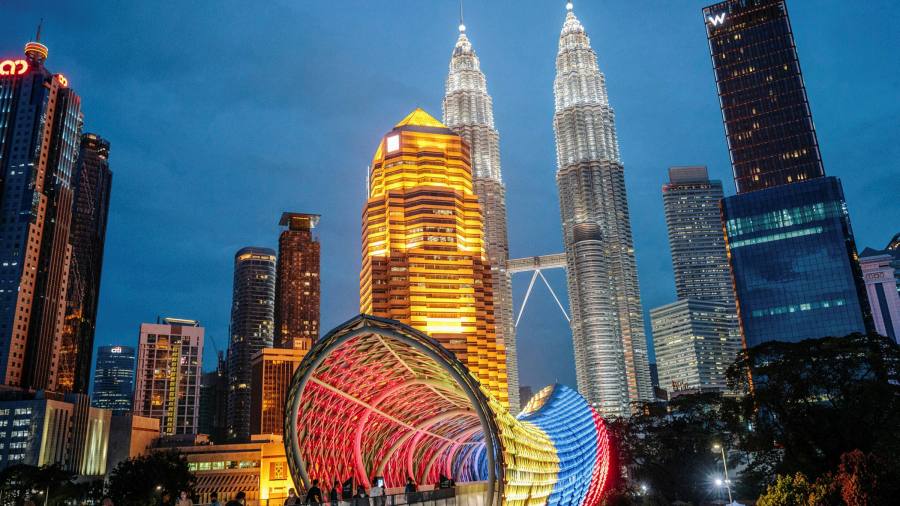 Emerging market debt: high yields could climb even higher yet


While emerging market equities have trailed their developed brethren for more than a decade, high-yielding EM bonds have done much better. They have consistently attracted yield-seeking foreign funds. Now a global bond sell-off has shaken investors’ confidence.

Rightly so, because risks are greater than in the past. Foreigners hold more emerging market bonds today than they did last time the US Federal Reserve threatened to tighten credit availability, the so-called taper tantrum of 2013.

Some will argue EM markets already price in the worst. As a group, the top 10 largest emerging market debt issues offer the highest inflation-adjusted (real) yields this century. Compared with the US high yield market, the spread is the widest since at least 2014, according to data from Bank of America. Moreover, in large economies such as Brazil, Mexico and South Africa, inflation rates show signs of peaking.

Yet the real test for these markets lies ahead. In March, the US Fed should raise interest rates for the first time in the pandemic era. While emerging market bond investors did reasonably well during the last tightening cycle, inflation then was less entrenched than today. Supply shortages for both raw material and labour refuse to go away. Worldwide, central bankers sound more hawkish on rates.

In the past, the big emerging market economies such as Brazil, Russia and South Africa had current account weaknesses that led to currency crises. This time the issue is fiscal. Debt as a proportion of gross domestic product has increased, even excluding China’s borrowing binge in the past decade. Since 2014, Latin America’s debt-to-GDP ratio has climbed by half to 75 per cent.

At the time of the taper tantrum, which triggered a sharp sell-off by catching many emerging market investors off guard, foreign holdings of EM bonds amounted to perhaps 45 per cent of new inflows from overseas. Today, foreign holdings easily exceed 100 per cent of those inflows, and not just for hard currency debt. In some markets such as Peru and Malaysia, foreigners own more than 40 per cent of the local currency bond supply.

The first of a series of US interest rate bumps is expected next month. So it is best to wait before trying to bottom fish in emerging market bonds.