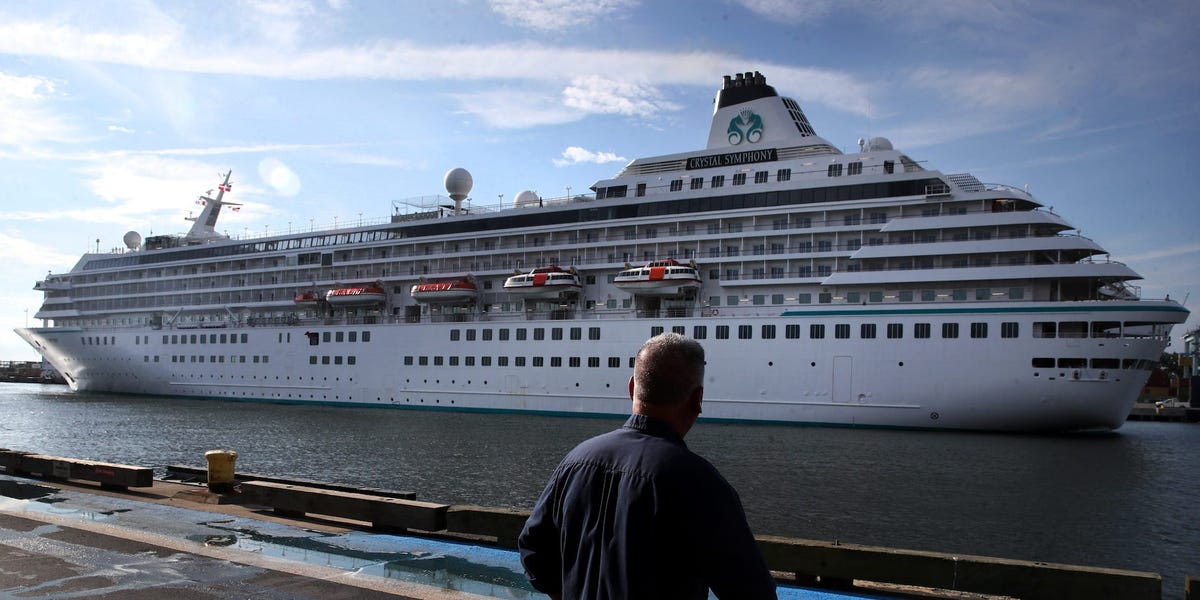 Crystal Cruises hit financial troubles after its parent company, Genting Hong Kong, applied for liquidation on January 19. The company was later that month issued with an arrest warrant in relation to a $1.2 million unpaid fuel bill owed by Genting, and two of its ships were seized by authorities in the Bahamas.

The firm has shut its offices in the US and let employees go.

The cruise liner now owes money to passengers who paid for trips up until 2024. It also owes travel agents and vendors, as well as crew members, who are still onboard ships, and other employees, Anderson told Bloomberg.

Most customers had paid via credit card which will make refunds easier, Anderson told Bloomberg and Seatrade Cruise News. But those who paid in cash or rebooked another cruise for a future date because their trip was canceled in 2020 or 2021 might not get their money back, Anderson said.

None of Crystal Cruises’ assets was in liquid cash that the company could use to keep operations open, Anderson told the publication.

“Ultimately, we ended up with a bank account of zero,” Anderson said.

Anderson was the president of Crystal Cruises until it dissolved operations on February 11, per Bloomberg.

V.Ships Leisure now manages Crystal Cruises’ two ships anchored in the Bahamas and its other ship Crystal Endeavor which was last seen in Uruguay, Bloomberg and Seatrade Cruise News reported.

Anderson told Seatrade Cruise News that between 300 and 400 crew are still onboard each of the two ships in the Bahamas.