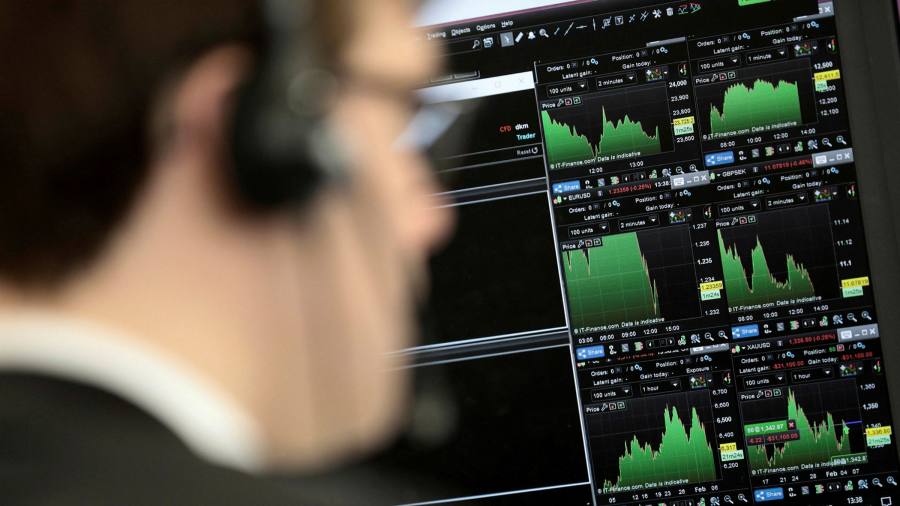 US stocks rise after Russia says some troops returning to base


US and European shares rallied on Tuesday, while oil prices fell, after Russia said it had begun pulling some troops back to their bases, easing concerns that an attack against Ukraine was imminent.

The S&P 500 index advanced 1.6 per cent following a statement from Russia’s defence ministry, which said units from the country’s southern and western military districts were returning to base after the completion of drills.

The Nasdaq Composite index, which has heavy weightings of technology stocks that are sensitive to swings in market sentiment, rose 2.5 per cent.

The Stoxx Europe 600 share index, which fell nearly 2 per cent on Monday, closed 1.4 per cent higher on Tuesday, while the FTSE 100 rose by a little over 1 per cent. Germany’s Dax index gained 2 per cent.

Russia is estimated to have maintained a force of more than 100,000 troops near Ukraine in recent weeks. But on Tuesday afternoon, President Vladimir Putin said Russia was ready to hold “dialogue” with the west on core security issues.

Nato had earlier said there were no signs of de-escalation, but also reason for cautious optimism that Russia would continue with diplomacy.

“Up until now the momentum has been towards more escalation, more troops at the border, diplomatic stalemate,” said Tiffany Wilding, US economist at Pimco. “Today was the first sign that the situation may be de-escalating and that is important for markets.”

Tensions over Ukraine, which have been building for more than two months, have dominated global markets since the US warned last Friday of an immediate threat that Russia would invade its neighbour.

The potential for western sanctions on Russia, an important supplier of oil, gas and metals to global supply chains already snarled up by Covid-related disruptions, has added more volatility to markets that have in recent weeks been jolted by high inflation and expectations of central bank action.

Government bonds, which are often sought out in periods of geopolitical turmoil, slipped in value on Tuesday. The yield on the 10-year US Treasury note rose 0.06 percentage points to 2.05 per cent, close to its highest level since late 2019.

The yield on Germany’s 10-year Bund, which moves inversely to the price of the security, rose 0.03 percentage points to 0.30 per cent.

“The Russia-Ukraine situation is coming at an inopportune time when markets were already fragile,” said Olivier Marciot, cross-asset fund manager at Unigestion, referring to expectations the US Federal Reserve would raise interest rates up to seven times this year, after pinning borrowing costs close to zero in March 2020.

“Markets are therefore being very reactive to any incremental piece of news that comes out.”

With S&P 500 Rally Continuing: Was That All the…