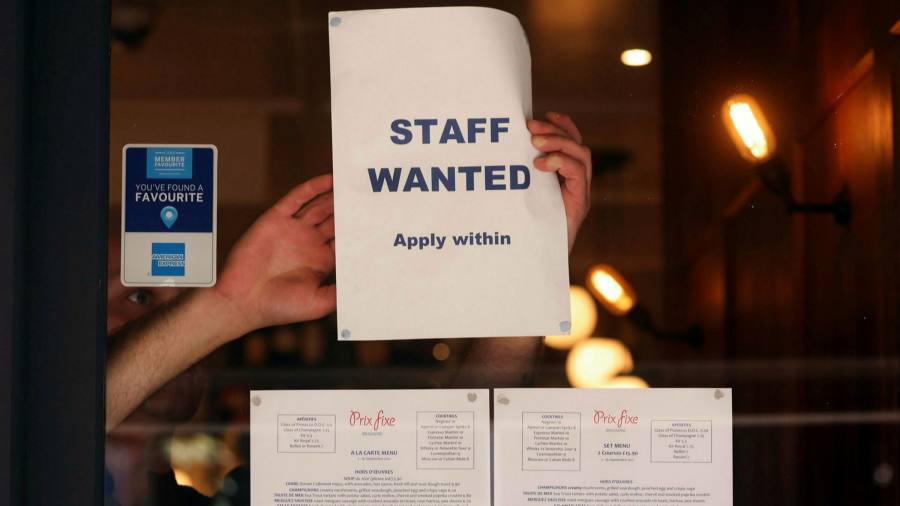 
UK inflation outpaced wage growth at the end of last year, despite job vacancies reaching a record high since the start of the Covid pandemic.

Economists predicted the tightening labour market will strengthen the chance of further interest rate rises this year, as the Bank of England battles surging inflation.

Average weekly earnings, excluding bonuses, grew at an annual pace of 3.7 per cent in the final quarter of 2021, according to data published by the Office for National Statistics on Tuesday.

However, prices rose faster than pay, pushing down wages by 0.8 per cent in real terms over the same period, the first contraction since the summer of 2020.

This is despite a continuing squeeze in the labour market. The number of job vacancies in the three months to January rose to 1.3mn, up 513,700 from January to March 2020, reaching their highest level since records began in 2001.

Labour shortages were broad-based across the economy, with the ratio of vacancies to employees rising to record highs in the majority of sectors.

Tony Wilson, director of the Institute for Employment Studies think-tank, said the UK labour market was at its tightest for at least 50 years.

Louise Burns, director of the job agency Nineteen Recruitment, said that it was a “bittersweet” time for recruiters. “We are rejoicing at the number of job opportunities while wailing at our desks over the lack of candidates.”

The number of employees, based on real time data from HM Revenue & Customs, also increased by 108,000 between December and January to 29.5mn.

Sam Beckett, ONS head of economic statistics, said that while the number of employees on payrolls was well above pre-pandemic levels, overall, employment was lower than before the health crisis. “This is because there are now far fewer self-employed people,” she said.

Dales added that he expected the Bank of England to raise rates from its current level of 0.50 per cent to 1.25 per cent this year, increasing to 2 per cent in 2023.

The Bank of England has raised interest rates twice in its past meetings. Further inflation could add pressure on the BoE’s Monetary Policy Committee to increase rates at its upcoming March meeting, said Ellie Henderson, an economist at Investec.

However, James Smith, economist at ING, argued that there should be signs of a wage-price spiral to justify the further rate rises that markets are pricing this year.

Labour shortages were exacerbated by an exodus of staff during the health crisis. Nearly 400,000 people, mostly the over-50s, disengaged from the world of work over the pandemic, and were neither in employment or actively seeking it, according to the ONS.

“With high economic inactivity indicating that many people have left the jobs market altogether, chronic staff shortages are likely to weigh on the economy for a sustained period,” said Suren Thiru, head of economics at the British Chambers of Commerce, a group that represents UK businesses. 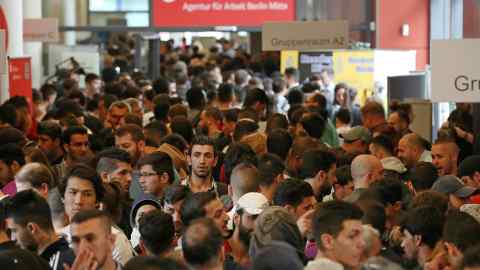 The number of people in employment actually fell 38,000 in the three months to December compared with the previous quarter, marking the first contraction in the labour market since the start of last year.

The Bank of England has forecast unemployment to start rising from the second quarter and pick up to 5 per cent.

The central bank has predicted that nominal wage growth will moderate this year, as demand weakens due to the largest squeeze in real incomes in 30 years resulting from surging energy costs and higher taxes.