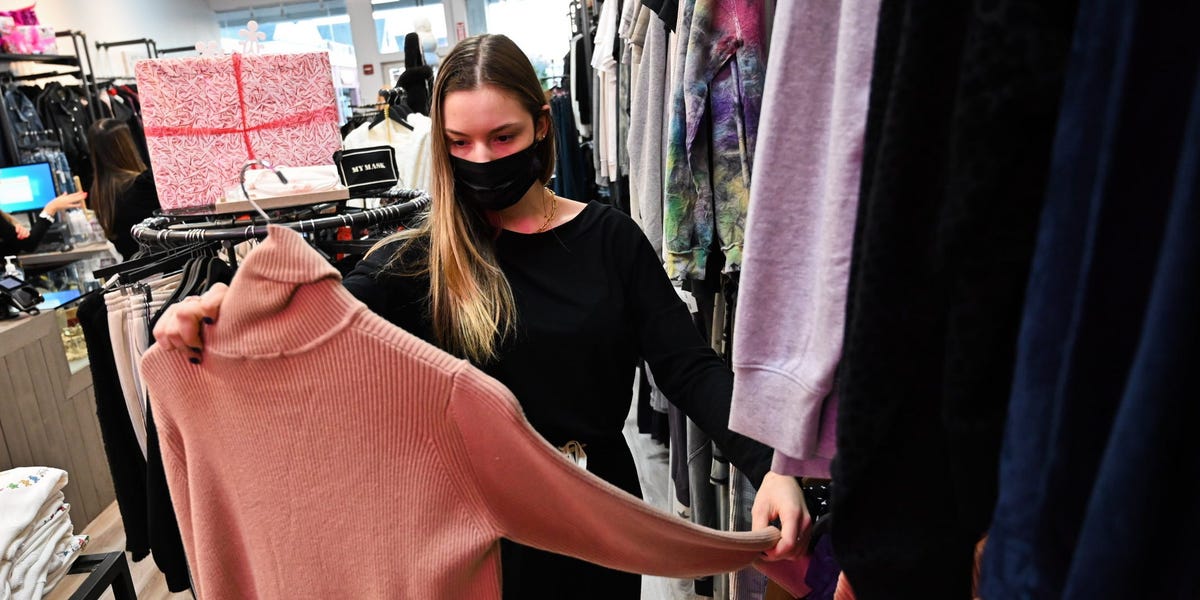 
Investors shorted consumer discretionary stocks by the most in more than a year, foreseeing dampened spending by shoppers as inflation has shot up to the steepest rate since 1982, S&P Global Markets Intelligence said Tuesday.

S&P Global said in a report that short interest in the sector was 4.83%, the highest since mid-January 2021. That’s when a number of consumer discretionary names such as GameStop were being whipped around in the meme-stock frenzy, with retail investors pitting themselves against well-heeled hedge funds shorting such shares.

In short selling, an investor aims for profit by selling borrowed shares then purchasing them again when the price declines and pocketing the difference.

The analysis “shows a growing market view that consumers are going to rein in spending on non-essential products as inflation has surged” over the past year, said S&P Global.

The US Consumer Price Index climbed 7.5% in the year through January, the Bureau of Labor Statistics said last week. The highest reading in 40 years came in part as prices for fuel oil and electricity jumped.

Inflation has been increasing in part as the Federal Reserve’s emergency policy measures in response to the pandemic worked their way through the economy. Higher prices for essential and non-essential items appear to be hurting consumer sentiment.

The University of Michigan last week said its consumer sentiment gauge for February fell from 79 to 76.2, the lowest reading since August. The index was dragged down by a drop in economic expectations and by households earning less than $75,000 a year reporting setbacks in financial conditions.

Overall at the end of January, 2.11% of outstanding shares of S&P 500 companies were held by short sellers, compared to 2.94% two years ago.

US stocks rise after Russia says some troops returning to base