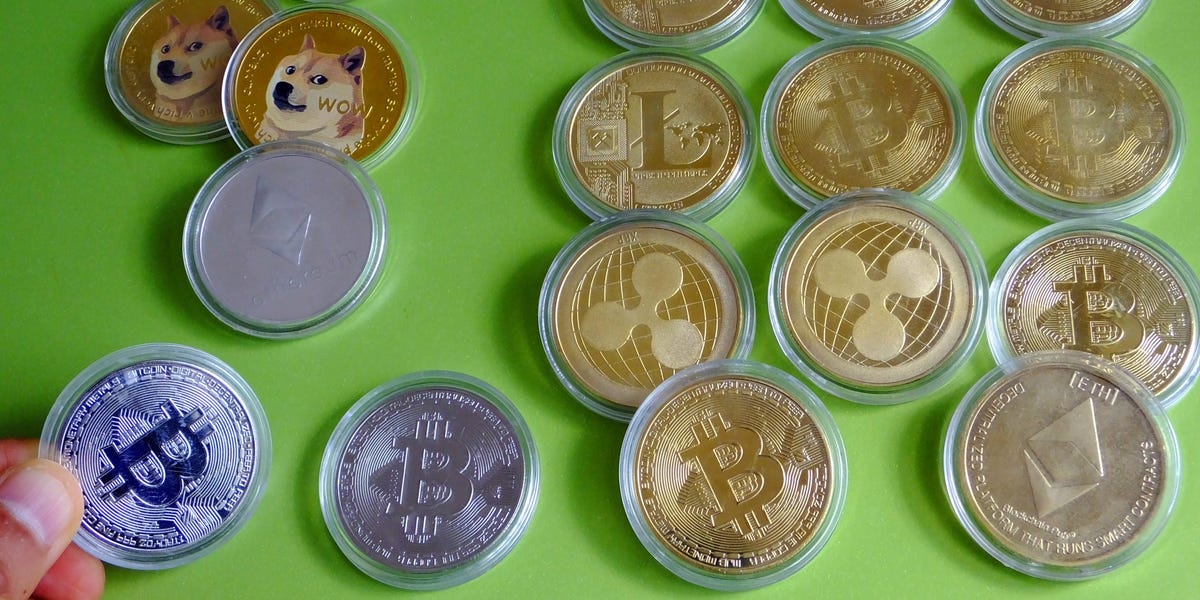 
Cryptocurrencies were in the red across the board on Monday as mounting tensions between Russia and Ukraine pushed investors towards traditional investments like gold and bonds.

Over $65 billion was wiped from the global crypto

over the past 24 hours, as tensions in Eastern Europe eroded investor risk appetite, leaving bitcoin and ethereum both down on Monday.

Elsewhere, US Stock futures were down while in Europe 98% of the Stoxx 600 were in the red, investors rushed to gold and Swiss franc as safe investments during the ongoing uncertainty.

This is all despite crypto proponents saying bitcoin and cryptocurrencies are a safe store of value. Although as Michael Saylor pointed out last week, if investors aren’t ready to hold bitcoin for a decade they shouldn’t hold it for 10 minutes.

Marcus Sotiriou, analyst at GlobalBlock, said risk assets like crypto and tech stocks were suffering, as the uncertainty of war. He said President Joe Biden’s warning that he would shut down the Nord Stream 2 pipeline, which pipes Russian natural gas to Germany, if Russia invades Ukraine, had added an additional layer of nervousness.

“This pipeline provides a significant portion of Europe’s natural gas, so if it was shut down this could cause oil prices to climb and hence making inflation more of an issue,” Sotiriou said.

“High inflation is the reason for the

raising rates and has the potential to lead us into a

, due to slower growth from aggressive monetary policy,” he said.

Some crypto analysts have expressed greater concern for the market in general throughout 2022, claiming it could be a bearish year. Investment strategist Lyn Alden said in an interview with Stansberry Research that she’s not bullish on bitcoin for the year, as it tends to perform poorly after major bull runs, although she noted that there isn’t that much history to go on.

“Bitcoin’s major bull runs historically – there’s only a sample size of about four of them: 2011, 2013, 2017 and 2020 — those occurred during rising PMI environments, so, economic acceleration. So generally, the type of period now has historically not been great for bitcoin’s price action,” she said.

Read more: An investment chief at a $100 billion firm lays out why ‘Digital 4.0’ is the top investing theme he’s targeting and names 4 stocks you can buy to tap into it – including a surprising metaverse play