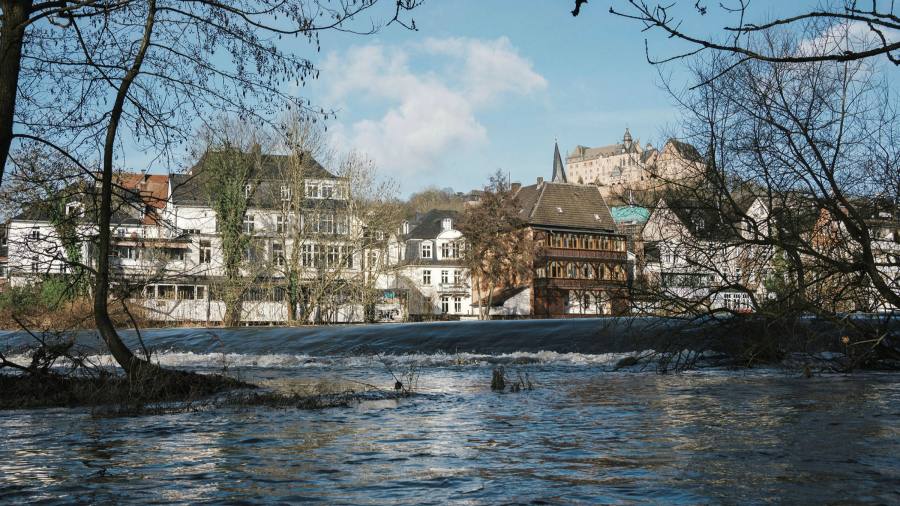 
Europe’s financial regulators are warning the region’s housing market has “decoupled” from the rest of the economy since the pandemic hit, increasing risks for banks due to soaring property prices, loosening lending standards and rising household debt levels.

The European Systemic Risk Board, the authority responsible for monitoring and preventing dangers to the European financial system, signalled its concern on Friday by calling on seven of the 30 countries it oversees to take action to curb the risks created by surging house prices.

Fuelled by low interest rates, residential property prices in the EU rose 9.2 per cent in the year to September 2021 — the fastest growth since just before the 2008 financial crisis and well ahead of growth in both European wages and gross domestic product.

Yet when the pandemic began in 2020, most European financial regulators removed measures designed to increase banks’ resilience to a potential correction in housing markets by building up extra capital in good times so they can absorb losses in a crisis.

As the European Central Bank prepares to tighten monetary policy in response to multi-decade high levels of inflation, borrowing costs are set to rise for housebuyers, which could depress prices and make it harder for some households to keep up with payments on variable-rate mortgages.

On Friday, the ESRB called on Germany and Austria to introduce more safeguards — such as capping borrowers’ debt at a set multiple of their income and forcing lenders to have more capital. It also warned Bulgaria, Croatia, Hungary, Slovakia and Liechtenstein about increasing housing market risks.

The “key vulnerabilities” it identified included “rapid house price growth and possible overvaluation of residential real estate, the level and dynamics of household indebtedness, the growth of housing credit and signs of a loosening of lending standards”.

Decisions by the ESRB, chaired by ECB president Christine Lagarde, are not binding. It can only issue warnings and recommendations to countries about the need to act over housing market risks, as it has done since 2016.

The ESRB said housing market risks were also elevated in Norway, the Netherlands, Sweden, Denmark and Luxembourg — where household debt levels were the highest — exceeding 180 per cent of income in all five countries. But it issued recommendations to four of those countries in 2019 and thinks Norway has taken sufficient measures already.

Both Germany and Austria have already received the ESRB findings and responded with plans to introduce some of the measures it recommended. German banks will need to have €22bn of extra capital buffers by next year based on the size of their domestic assets and their residential mortgage exposure — though most already meet the requirements.

Austrian authorities plan to introduce legally binding rules limiting the mortgages people can borrow in relation to their income and the value of a property as well as how long they have to pay it back, after many banks ignored non-binding “sustainable lending standards”.

Neither country went as far as recommended by the ESRB. Germany did not introduce limits on mortgage lending, while Austria decided against requiring banks to build up extra capital, known as a countercyclical buffer.

Claudia Buch, vice-president of Germany’s central bank, told the Financial Times last month that if the country’s banks did not “think twice” about the recent trend for some to provide mortgages for the entire value of a property with little or no deposit, they could face legally binding limits on how much they can lend against a property.

Western Digital Stock Is Ready To Pick Up