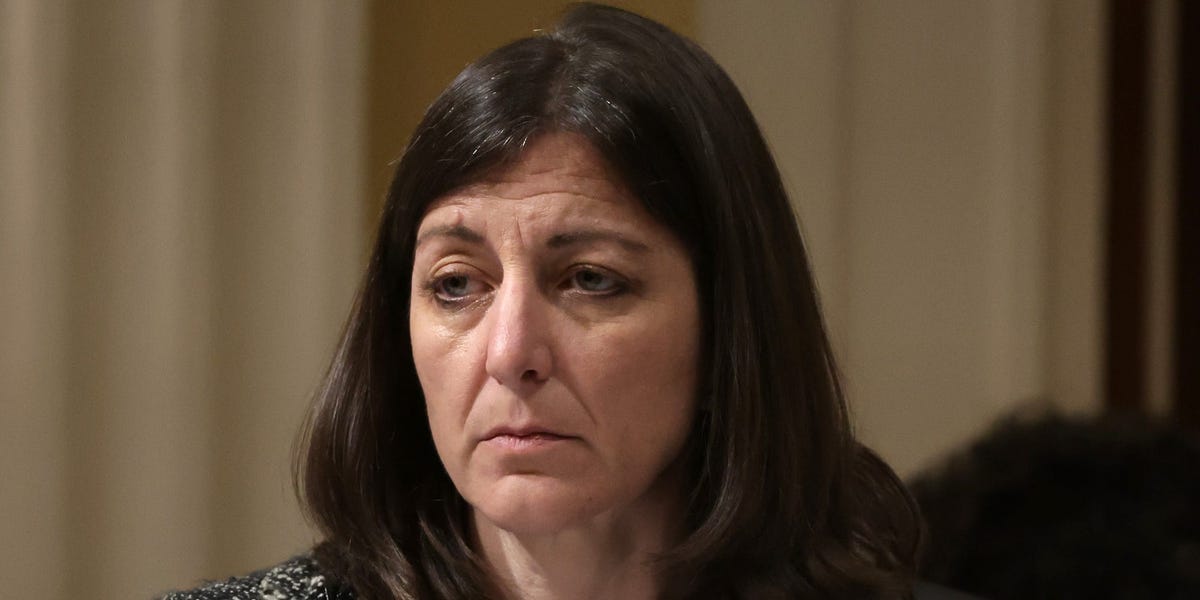 
Democratic Rep. Elaine Luria of Virginia came out strongly against proposals to ban lawmakers from trading stocks, saying on Wednesday that the “whole concept is bullshit.”

Her comments echoed those of Sen. Tommy Tuberville of Alabama, who has violated the STOCK Act 132 times, and called the idea “ridiculous.”

Asked by Punchbowl News’ Max Cohen about House Speaker Nancy Pelosi’s reported openness to banning the practice, Luria — one of the caucus’ more vulnerable members in 2022 and a member of the committee investigating the January 6 riot — didn’t mince words.

“I think this whole concept is bullshit,” she said. “Because I think that, why would you assume that members of Congress are going to be inherently bad or corrupt? We already have the STOCK Act that requires people to report stock trades.”

Punchbowl also reported that Luria raised the issue during a recent meeting with other vulnerable “frontline” Democrats — those who represent swing seats and are at the highest risk of losing reelection. Rep. Cindy Axne of Iowa, who has violated the STOCK Act at least 40 times, also voiced concerns.

Momentum is quickly building around banning lawmakers from trading stocks following Insider’s “Conflicted Congress” investigation, which documented violations of the STOCK Act and revealed the law’s inability to prevent conflicts of interest in Congress.

Insider also rated each member’s compliance with the existing disclosure rules, earning them anything from “Solid” to “Borderline” to “Danger” ratings.

Sen. Jeff Merkley of Oregon, one of the lawmakers working to hammer out a stock trade ban in the Senate, told Insider at the Capitol on Tuesday that the existing law is insufficient. “You know, the STOCK Act’s never going to make a difference,” he said. “We should ban conflicted trading.”

Axne, for her part, earned a “Borderline” rating, while Luria received a “Solid” rating from Insider and has complied with existing laws.

But Luria’s most recent financial disclosures reveal why the idea of preventing lawmakers from owning or trading stocks has sparked her ire. She and her husband jointly own million of dollars in stocks and traded half a million dollars worth just last year.

Her 2020 financial disclosure report reveals investments to the tune of millions of dollars in Facebook and NVIDIA, as well as several hundred thousand in Alibaba, Apple, and

“I mean, the people that you’re electing to represent you, it makes no sense that you’re going to automatically assume that they’re going to use their position for some nefarious means or to benefit themselves,” Luria told Punchbowl News. “So I’m very strongly opposed to any legislation like that.”

Luria is close with fellow Virginia Democratic Rep. Abigail Spanberger, who’s co-sponsoring the “TRUST in Congress Act” stock trading ban along with Republican Rep. Chip Roy of Texas. Spanberger, for her part, told Insider in January that the she believes stopping the mere perception of malfeasance in Congress is just as important as stopping actual insider trading.

“I’ve talked to her,” Luria told Punchbowl News, referring to Spanberger. “I know that I don’t agree with her on this issue. I mean, we’re great friends together in Virginia, but it was an issue where we differ.”

Luria’s office did not immediately respond to Insider’s request for comment.