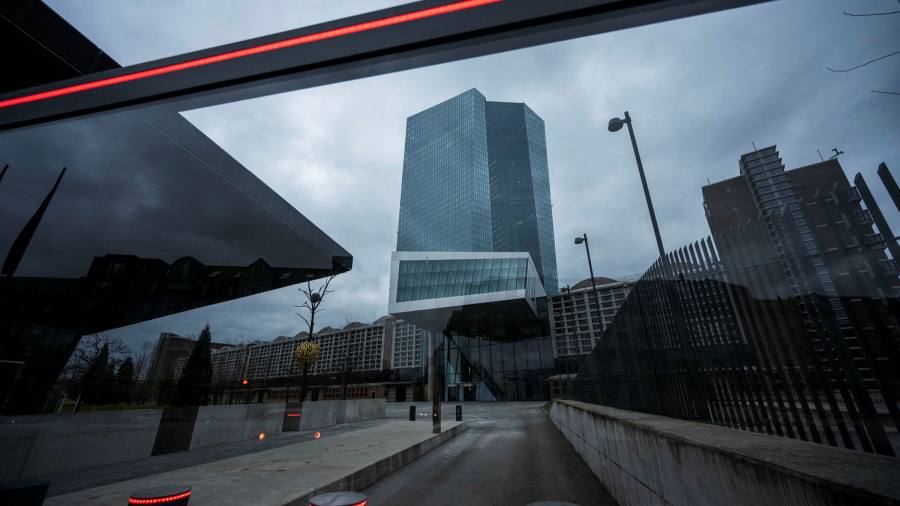 
European equities wavered and government bond yields were broadly steady, ahead of data later on Thursday that are forecast to show US inflation jumped to a fresh 40-year high last month.

The Stoxx 600 European index switched between small gains and losses, after closing 1.7 per cent higher in the previous session. London’s FTSE 100 added 0.1 per cent. Futures contracts tracking both Wall Street’s S&P 500 index and the tech-heavy Nasdaq 100 slipped 0.1 per cent.

Meanwhile, government bond yields — which fall as their prices rise — steadied. The sovereign debt market had on Wednesday rebounded from a sell-off earlier in the week fuelled by concerns that the US Federal Reserve and European Central Bank may raise rates more aggressively than expected to tackle rising prices.

The yield on Germany’s 10-year Bund, which last month traded in positive territory for the first time since 2019, was flat at 0.21 per cent. The yield on Italy’s 10-year bond — viewed as particularly sensitive to rising rates due to the government’s high debt — rose 0.01 percentage points to 1.78 per cent.

Across the Atlantic, the yield on the 10-year US Treasury was steady at about 1.93 per cent.

Investors will today learn the rate at which US inflation advanced in January, with economists predicting that consumer price index data will show annual growth of 7.3 per cent, the highest reading since 1982.

Mike Zigmont, head of trading and research at Harvest Volatility Management, said the headline figure would provide “a fundamental catalyst for a big push up or down” in stock markets that have whipsawed back and forth for weeks.

Jim Paulsen, chief investment strategist at The Leuthold Group, said the next few months of inflation data were “apt to be hot” given the very low price gains a year ago, although he expects prices to cool later in the year as those base effects filter out of comparisons.

“By April . . . the delayed effect of more restrictive policies should start to restrain inflationary forces,” Paulsen said in a note, referencing the Fed’s planned withdrawal of monetary stimulus.

If, however, January’s inflation numbers come in higher than expected, central bankers may come under renewed pressure to tighten financial conditions harder and faster over the course of 2022. Investors are pricing in more than five rate increases from the Fed by the end of the year.

Patrick Spencer, vice-chair of equities at RW Baird, said Thursday’s inflation print would be among the “most closely watched CPIs in history” given its implications for central bank policy.

Brent crude, the international oil benchmark, rose 0.5 per cent to $92.05 a barrel, remaining around its highest level since 2014.