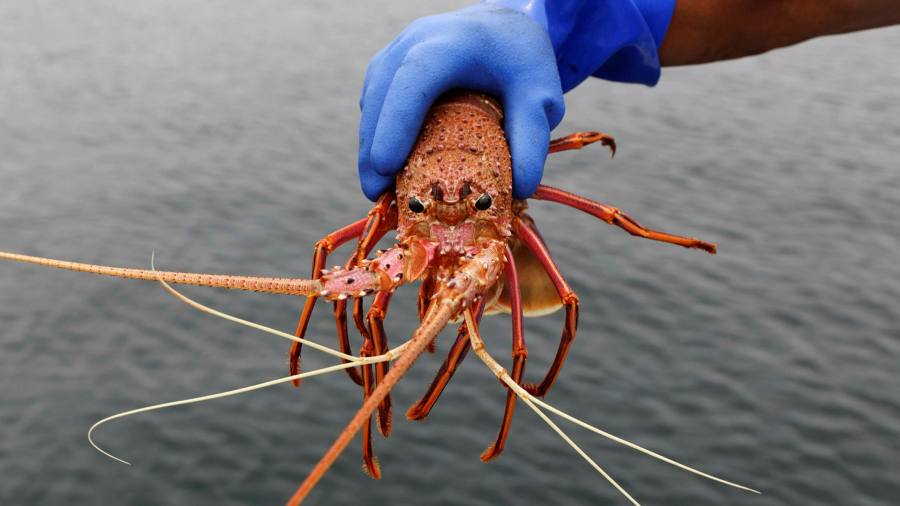 
Australia’s rock lobster fisherfolk are an unlikely bunch to be found at the sharp end of an epoch-defining trade dispute, and yet here we are. Along with the country’s winemakers, the snarers of spiny crustaceans have been particularly hard hit by the blocks that China started imposing on Australian exports in 2020 in retaliation against Canberra’s call for an independent review into the origins of Covid.

The China-Australia dispute — perhaps the most salient current example of trade policy being weaponised for political ends — is being watched intently by policymakers worldwide, and particularly in Europe. The EU is considering how to support Lithuania against similar punishment by Beijing for establishing overly intimate diplomatic relations with Taiwan. It is also creating a legal “anti-coercion instrument” to deter future action.

Fortune seems so far to be favouring the brave. If China was hoping to cow Australia into submission with its absurd list of 14 grievances and make prime minister Scott Morrison’s administration vulnerable to domestic criticism on the issue, it’s largely failed. The blockades have hit some exports hard, but without a significant overall macroeconomic effect. Politically, they’ve hardened the consensus against being pushed around by Beijing.

Australia entered the dispute with justifiable trepidation. Its gross domestic product is less than a tenth the size of China’s, and as a commodity exporter (iron ore, coal, grains) it’s highly dependent on exports that feed the Chinese growth machine.

But some of those apparent weaknesses can also be strengths. First, commodities are fungible. If China buys barley from other exporters, Australia can fill the new market gaps that have opened up in countries like Saudi Arabia. The replacement won’t necessarily be one-for-one, but it won’t be nil. Growers can also shift to new crops: Australia’s export-oriented farmers are highly productive and competitive.

Second, China needs commodity imports from somewhere, and can’t always find alternatives to Australia. Iron ore and gas are not nice-to-have optional extras for a great manufacturing power. Nor is the Chinese state as unified and omnipotent as it would like to suggest. Those rock lobster fishers have apparently been sneaking some sweet-fleshed delicacies to their Chinese customers via Hong Kong.

It’s a tougher task for winemakers, whose exports dropped 30 per cent by value in 2021. Strong sales in other export markets like the UK have only partially compensated: even a nation numbing itself to the awfulness of current Westminster politics with a nightly bottle of Jacob’s Creek apiece can’t quite make up for a Chinese blockade. But Australian winemakers are famous for their commercial agility, and even if China remains closed they will seek to expand markets elsewhere.

In the event, Australian total goods exports have bounced back strongly from the Covid shock in early 2020. GDP contracted in the third quarter of last year, thanks to lockdowns reducing consumer demand, but net trade contributed positively.

The bullying has also helped solidify a China-sceptic political consensus in Australia. The opposition Labor party was originally critical of Morrison’s government for provoking China and being too close to the US. But public opinion in Australia has swung sharply against Beijing. Last month the Labor leader Anthony Albanese told the Sydney Morning Herald he stood with the government on all main aspects of Chinese relations.

Australia’s policy response to the export blocks has been to roll with the punches rather than hit back — a wise tactic given the economies’ respective weight classes. Apart from the slow and uncertain process of taking a case over barley exports to the World Trade Organization, the government has focused on what it can do to help exporters diversify.

So far the EU is mainly taking the same moderate approach with Lithuania. It has offered rhetorical solidarity with Vilnius and started its own WTO litigation. It may possibly tweak state aid rules for the country to ease public spending, but has done nothing in the way of direct retaliation.

The muted response doesn’t give Brussels the muscular strategic autonomy it craves — though this isn’t a great test case since Lithuanian public opinion largely opposes its government’s confrontation with China. In any case, Lithuania doesn’t look like it’s going to suffer too much. It doesn’t export a lot to China and it’s been showered with offers of generous financing from the US Ex-Im Bank and Taiwan. The EU will very likely be content to wait and see how the WTO case turns out.

The Australia case doesn’t justify a counsel of complacency, and the transferability of the lessons will differ depending on patterns of trade. Canberra still faces a very difficult question of how to normalise relations with Beijing, especially when it comes to China’s application to join the Asia-Pacific CPTPP trade agreement.

But Australia’s experience so far suggests that trade coercion even by an economy’s biggest overseas market is survivable. It’s certainly worth exploring the potential for retaliatory legal anti-coercion instruments, as the EU is doing. But economic flexibility backed by political consensus is the best first line of defence.